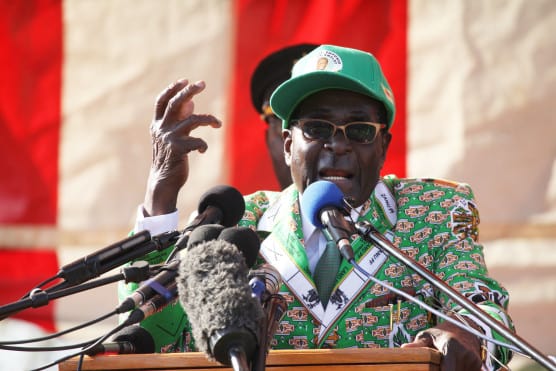 The Zimbabwe African National Union – Patriotic Front (ZANU–PF) has once again re-elected President Mugabe to another 5-year term as leader of the party. As the leader of choice, Mugabe will be the candidate for the 2018 presidential election where he will be 94 years old. He is currently the oldest president in the world at 90.

Mugabe thanked all his supporters for re-electing him, stating “I know where I come from… I am not greater than the people who gave birth to me…”.

Mugabe has been the head of ZANU-PF since 1975 and president of Zimbabwe for the past 34 years. He is the longest serving president in Africa and is often criticized and blamed for crippling the development and economic advancement of Zimbabwe. But even in his frailty, Mugabe is unwilling to give up power and is determined to continue serving as the world’s oldest head of state.

Meanwhile, his wife, first lady Grace Mugabe, was also appointed head of ZANU-PF’s women wing, making her a top successor to the president in the future.