Authorities in the United Arab Emirates (UAE) have detained Emlyn Culverwell, a South African national, on charges of “unlawful sexual relations” with his girlfriend.

Culverwell was arrested by the Abu Dhabi police for having sex outside of marriage, which is illegal in the UAE, reports BBC.

Girlfriend Iryna Nohai, 27, of Ukraine and Culverwell‚ 29, were arrested at an Abu Dhabi hospital, following her complaints of stomach cramps that revealed — after a series of pregnancy tests — that she is pregnant.

Reports say Culverwell and Nohai were immediately arrested when they could not provide a marriage certificate. They were taken to Yas Police Station and then later to Al Wathba Prison.

Under the UAE’s Sharia legal system, the young couple are guilty of “Zina” or extramarital sex. Zina offences include consensual sexual relations outside heterosexual marriage and other “moral” offenses.

According to South Africa’s Herald Live, hundreds of women — with the vast majority being foreign women — are locked up in the UAE every year for having sex outside of marriage, including pregnant women and rape victims. 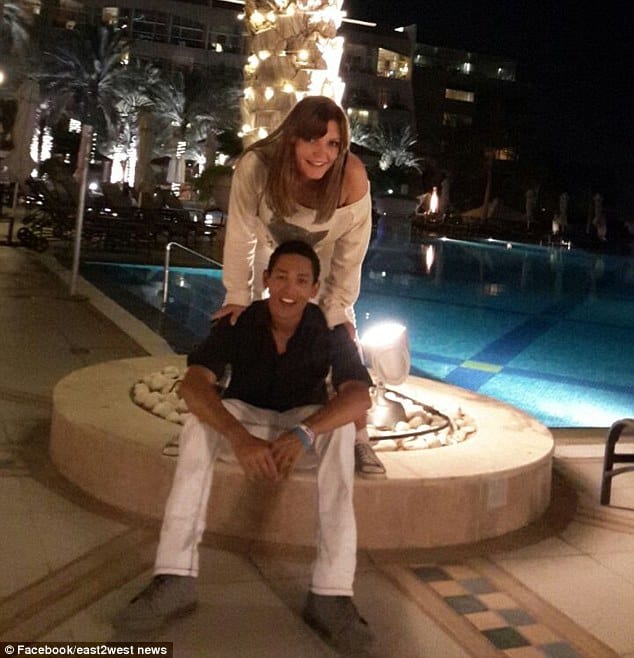 Culverwell, an employee of a popular Abu Dhabi water resort, has lived in the UAE since he moved there five years ago, while Nohai works as an administrative officer.

Culverwell’s mother, Linda Culverwell, said that since the couple’s arrest, they have been held by Abu Dhabi authorities with no form of contact with the outside world. She says her son, who neither drinks nor smokes, is only “guilty” of falling in love and that the couple’s request to be married either in prison or in a church in Abu Dhabi was denied by the trial judge.

Linda also accuses South African authorities of not doing enough to secure her son’s release, “Our embassy is not doing enough. We hear nothing back from them‚ phone calls go unanswered‚ vague responses are given, and even the emergency numbers don’t work.

“We have tried going through the consulate. The woman said she was going to see Emlyn after the second week after arrest‚ but never gave feedback. We have tried Amnesty International‚ Foreign Affairs and Human Rights‚ but we are nowhere closer to having word of them‚” Linda said.

In its response, the South African Foreign Ministry advised the couple to seek legal assistance as the country cannot intervene with the UAE’s domestic law.

Ministry spokesman Nelson Kgwete told the Daily Dispatch, “Standard consular assistance is being provided to the couple, but the South African government cannot interfere in the judicial process in another sovereign country.”

Human Rights Watch‚ says the UAE’s Zina codes, which appear to be heavily biased against women, violates international human rights law that the UAE is a signatory to.