Carine Kaneza, a Burundian peace activist, was abruptly stopped from making her briefing at the UN Security Council meeting Thursday, after Russia allegedly objected to her participation.

Sources privy to the meeting revealed that Russia cited a technical issue as the reason for the last-minute cancellation, arguing that they weren’t given enough prior warning, according to France24.

However, Russia has widely been accused of habitually protecting Burundi from tougher actions by the United Nations, with regards to the ongoing civil unrest in the country.

In 2016, the embattled Burundian President Pierre Nkurunziza also opposed the inclusion of Madam Kaneza, who is the spokesperson for the Women and Girls Movement for Peace and Security, in peace talks between his government and the opposition in neighboring Tanzania.

Through the permanent secretary in the Ministry of Foreign Affairs, Joseph Bangurambona, President Nkurunziza insisted that the Burundian government did not recognize Kaneza’s role in the talks nor the organization she represents.

For her part, Kaneza has been vocal in the calls for President Nkurunziza to step down, insisting that “the risk of genocide and mass atrocities” described by the UN Secretary-General, Antonio Guteres, in his latest report on the crisis in Burundi is a clear red flag.

In the report, Mr. Guteres says that despite a decline in overt violence and incidences of armed conflict, cases of human rights violations, such as killings, enforced disappearances, gender-based violence, arbitrary arrests and detentions, torture, and ill-treatment are still being reported in Burundi.

The secretary-general cites more than 200 cases of enforced disappearances in the East African nation since October 2016 and 593 cases of human rights abuses since April 2015.

No to Human Rights Activists

In addition to Russia, reports indicate that China and Egypt also objected to Kaneza’s participation, a predicament that is seen as part of a wider plan by some permanent members of the UN Security Council — including the aforementioned Russia and China — to stop attempts of human rights activists and civil society groups to participate in the council.

The current political crisis in Burundi started in April 2015, when President Nkurunziza announced his plan to run for a third term in office when his second and final term ended in July the same year. 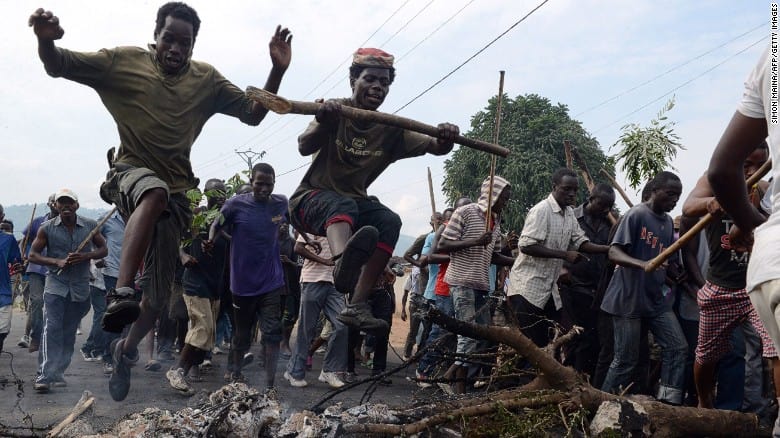 This announcement triggered widespread protests in Bujumbura, Burundi’s capital, as the opposition accused Nkurunziza of violating the constitution, which clearly stipulates that no president shall rule the country for more than two terms.

The situation worsened when the country’s Constitutional Court approved Nkurunziza’s proposal to run in the July 2015 elections, amid allegations of death threats issued against judges.

Despite the prolonged deadly protests and an attempted coup, President Nkurunziza was re-elected.

Since then, hundreds of people have been killed and thousands displaced from their homes as opposition supporters continue to call for Nkurunziza’s resignation.