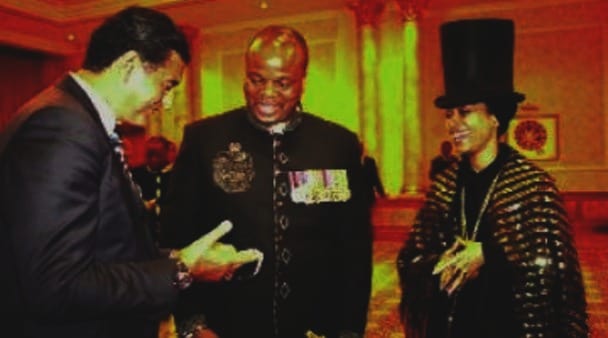 Erykah Badu (pictured) has come under attack by the Human Rights Foundation (HRF) for singing, “Happy Birthday,” to the Swaziland King Mswati III (pictured center), describing the king as a “corrupt tyrant” and a polygamist.

In their complaint, HRF pointed out that two journalists are currently in jail after voicing dissenting opinions about Swaziland’s judicial system in the countries only independent media outlet, The Nation. Journalists Bheki Makhubu and human right’s lawyer Thulani Maseko made headlines after they were thrown in jail.

“For an artist who claims in her music and her philanthropy that she believes in the struggle against unjust government policy, Badu’s celebration of Mswati is the height of hypocrisy,” said HRF International Council member George Ayittey. “Despite a carefully crafted image of American civil rights activism, Badu praises Africa’s last absolute monarch, a strongman who imprisons dissidents like Maseko. Badu joins a rogues gallery of celebrities like Mariah Carey, Kanye West, Jennifer Lopez, and Hilary Swank, who all performed for human rights violators to line their pockets,” Ayittey continued.

Badu is a supporter of many charities, including Artists for a New South Africa, which works to “advance human rights.” In 2003, she founded her own charity, Beautiful Love Incorporated Non Profit Development, and donates to a range of causes that seek to promote education and positive cultural change.

On Thursday, Badu tweeted that she “will stand with any group opposing injustice” and 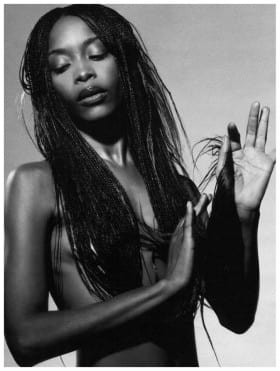 retweeted a comment that she “owes nobody an explanation of why she performed in Swaziland.”

But HRF Director of Institutional Affairs Alex Gladstein says, “She’s wrong. She owes us all an explanation. The king is a kleptocrat who lives in the lap of obscene luxury while most of his countrymen toil in abject poverty for less than $2 a day. Badu’s performance for him is a slap in the face of all human rights defenders inside Swaziland and is a mockery of Badu’s work inside the U.S.”

In her defense, Badu said she performed at the party as a favor to her friend, hip-hop’s Jacob “The Jeweler” Arabo. Badu also insisted she doesn’t owe anyone any explanations:

From The Dallas Morning News, she stated:

“I want to address the people, not a group or a government agency,” she says. “The people know I was not endorsing the king or helping to further his political agenda. I have no agenda. I went into a situation not completely knowing the political climate of the kingdom. I can’t be held responsible for the situation in the kingdom because I signed up as an artist, not as a political activist. I don’t belong to anyone or to anything. Anything I do is because I am a human being, and I am for the people.

“Because of my status, it’s a media opportunity for the human rights groups to further their agenda. If I did have a relationship with the king of Swaziland, why wouldn’t they take an opportunity to speak with me to see how I could help solve whatever issues they are having rather than attack me? But they did not. It’s very unfair to say my performance is an endorsement. There is no place on this planet that I would not visit. I will always take an opportunity, if invited, to go to the people wherever they are in whatever condition they are in.”

Yes. All the people were smiling when I sang. i was smiling . We ALL felt good in that moment. @fernwehmm@LovelyEbb@AaronMarshMusic

What do you think?