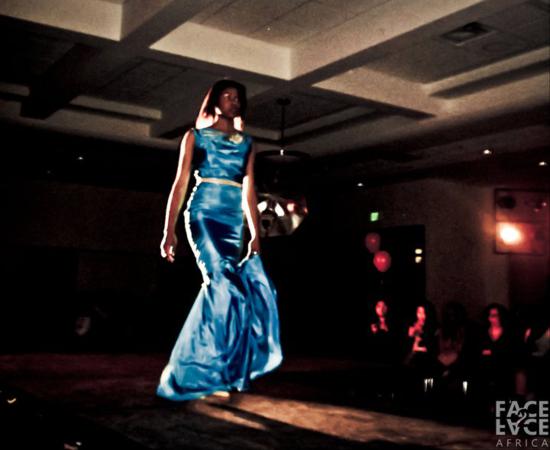 Once again, ASO has presented the Binghamton University campus with a look into the styles sweeping the continent of Africa. The Executive Board Members, along with dedicated models ranging from freshmen to seniors, came together to showcase what African style is all about.

On Friday, March 11th 2011, the African Student Organization held their annual fashion show, “Threads of the Motherland: Designed for Hope,” in the Old Union Hall. This year’s fashion show was hosted by Brandon Jones and Francine Ndjatou, who kept the crowd entertained in between scenes as they too strut their stuff down the runway and danced to musical selections they picked out. They even took the time to describe their own looks for the night like true fashion correspondents.

Each year, the African Student Organization selects a charity to donate all the fashion show proceeds to. The charity of choice this year was Jifahamu Kenya Foundation, a non-profit, non-governmental organization, whose mission is to address health related issues in Kenya.

This year’s fashion show held a special place in the hearts of the 2011 Graduating Class because it included a tribute to their deceased classmate, Andy Uwadinobi, who would have graduated with them. Donations were collected on behalf of a scholarship founded in honor of Andy, to whom the last scene was dedicated.

The six scenes included Oyato, Bchris Couture by Baaba Christian, two scenes by Solome Katongole, and Mrs. Oyin’s Revere line. Andy’s dedication scene featured outfits put together by the models themselves. It was presented with a slideshow featuring pictures of him and a speech from a former close friend. Models featured were dressed in all black with corsages in Andy’s favorite color, yellow.

Each designer presented the models with stylish clothes that were modern and youthful, yet still captured the essence of African attire. Solome Katongole’s designs were modern and very feminine. Her designs capture the essence of what it means to be a female. They were soft and elegant but still youthful. The designs from Mrs. Oyin featured classic African material that have transcended over decades, but remain current with the youth today. Clothes by Baaba Christian were a little more dramatic. Her designs were colorful and fun, while still looking elegant and playful.

The fashion show also featured a raffle with gift bags designed by Farai Simoyi, with a CD from Paa Yanful of music blogs tunesgh.com and radfiends.com. The wonderful hosts were on hand to present the other performers of the night. Kymel Yard, a fellow student, read two poems he wrote himself, The African Dance Ensemble performed two traditional African dances, with some of them singing and playing the drums. The Pegs, an on campus singing group also sang to the audience.

The fashion show brought together many different people from all over campus and beyond. Audience members included alumni, past ASO members, current students, professors, and even parents. Many on campus organizations came out to support ASO in their annual fashion show.

After many hours of practice and dedication from the models and the coordinators of the show, the show turned out to be a great success. Many audience members were amazed by the presentation of the show and cannot wait for what ASO brings to the table next year. Congratulations African Student Organization on a job well done and Rest in Peace to Andy Uwandinobi. ASO continues to present the Binghamton University campus with a taste of what Africa has to offer.

Click on F2FA Experience Photo Gallery to view pictires of the event.