For the many tourists that want a magical experience of urban Africa with a touch of ancient ambience, Fez in Morocco is definitely the place to visit. Known as Morocco’s and Africa’s best preserved Medina, the city was the capital of modern Morocco until 1925. Currently, it is the capital of Fez-Meknès administrative region.

Its sister city, Meknès, was recently named the tenth best travel destination in the world by Lonely Planet making it one of the only two African cities to make the 2019 list.

Fez, a World Heritage site and the second largest city in Morocco is a captivating city with one of the longest car-free paths in Africa that offer travellers a chance to walk through the maze-like streets and experience the culture and history of its people through music, food, architecture, sculpture, fashion and daily routines. 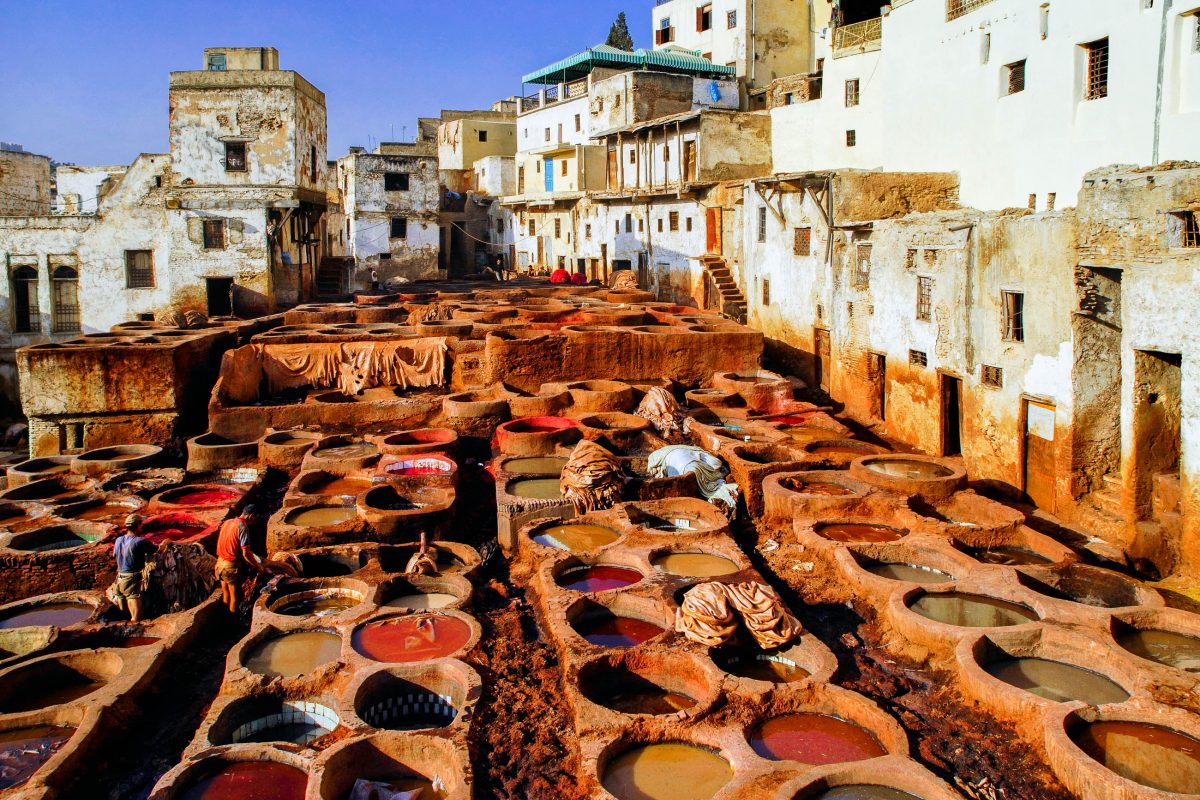 A Chouara Tannery in Fez, Morocco

The city is popularly referred to as the ‘Athens of Africa’, a nickname it secured because it hosts the oldest functioning university in the world, the University of Al Quaraouiyine, founded in 859 AD and also hosts the Chouara Tannery, the largest and oldest tannery that has existed since the 11th century. The Tannery is popular for its peculiar build and the different round vessels that are filled with different colours of dye offering a colourful and spectacular view. 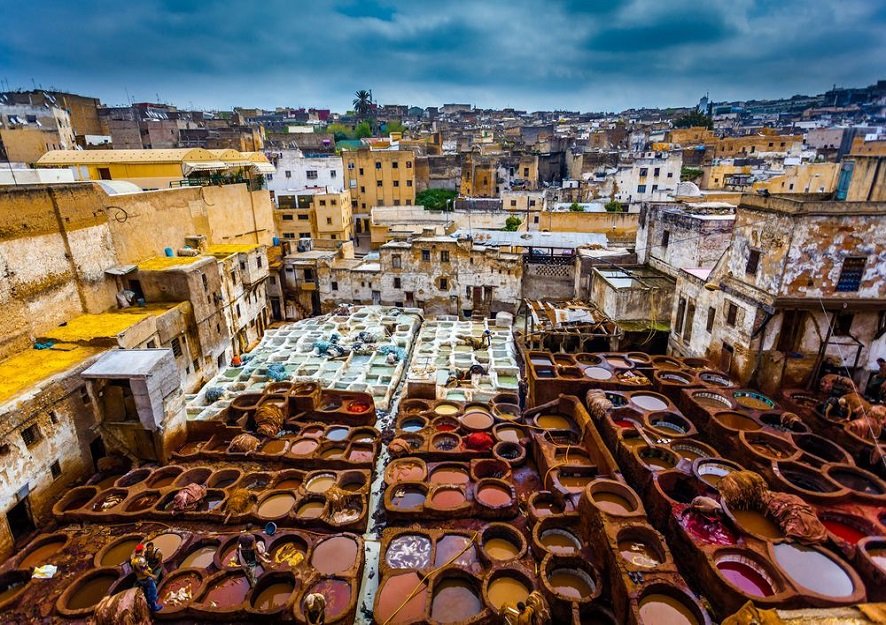 The city of Fez was established over a 1000 years ago in 789AD by Idris Ibn Abdallah who was married to Fatimah, the daughter of Prophet Muhammed. With a population of over a million people, the city gained its distinct character when the over 20,000 Arab families migrated into the city in the 9th century. 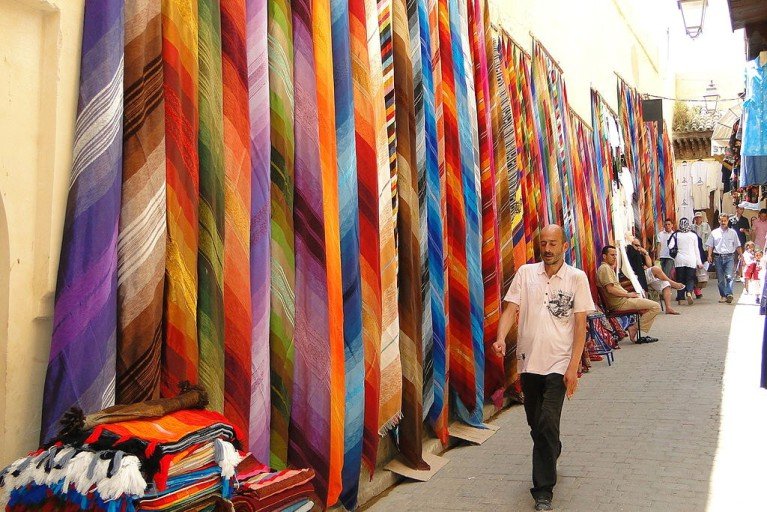 Today, the city has grand and elaborate centuries-old architecture that tell distinctive stories and offer breathtaking views to travellers and tourists. Its long crenellated walls, gates, huge forts and thumbs, as well as Kashabs and towers, offer great sites and a feeling that will transition you from the 21st century to the 9th century. 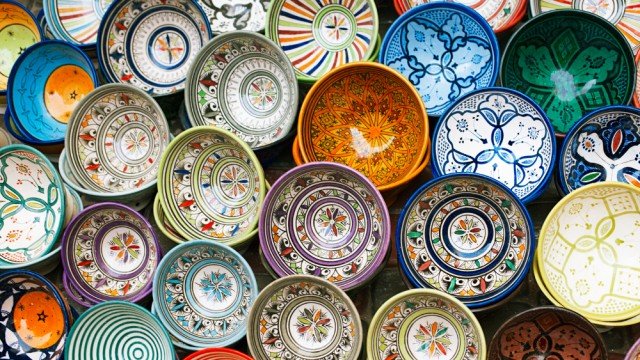 Along the narrow but airy streets of Fez, a tourist will come across several families hard at work in the pottery and ceramic craftsmanship, a profession that has remained with the people since its establishment. The streets are filled with the sound of metal against metal as they strike designs on bronze made pots or crave patterns in pottery made with clay and also decorated with elaborately designed pottery in different shapes, sizes and colours; many of which are up for sale and can be taken home as a souvenir.

Fez, the city of artisans is also popular for its many markets that run 24/7 and offer a wide range of things that tourists can try or take home with them. From colourful spices and dry fruit stalls that look like decorations to fabrics, henna markets, handmade chandeliers, slippers, bags, Fez markets are definitely an adventure for tourists who would love to get lost in the narrow and very similar streets while exploring what the ancient city has offered the world for over 1000 years. Many of the markets also come alive at the night time offering a different experience of night food and music. Some of the popular markets in Fez include the Souk Tillisse, Souk Al- Attarine and Souk el-Henna. 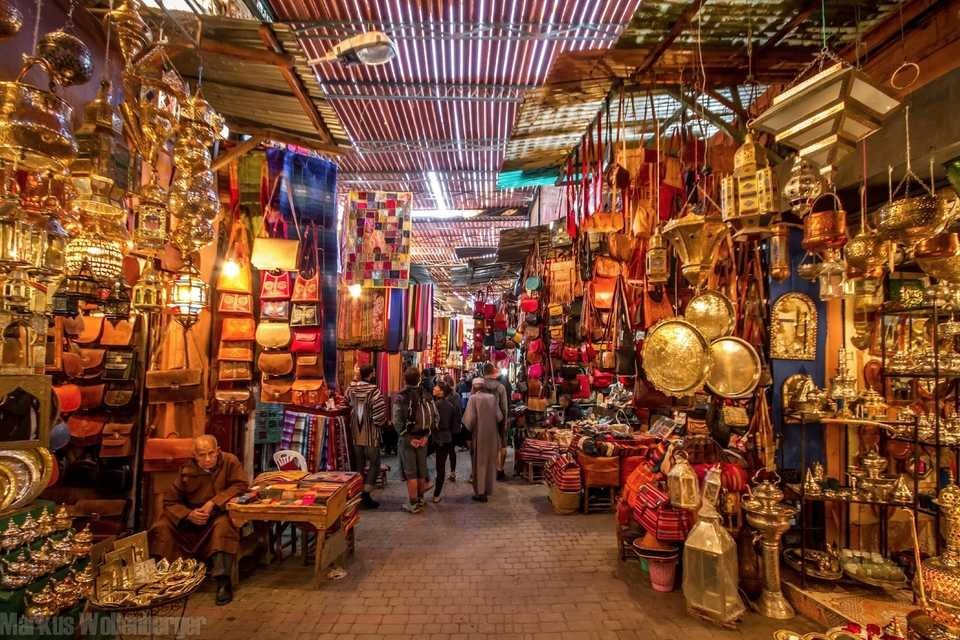 The city is a great blend of ancient and urban architecture with local shops, hotels and restaurants that offer top quality services to their guests.

For lovers of travel, history and culture, the urban-ancient city of Fez offers all three packages in just one trip and is a must-visit experience in one’s lifetime.