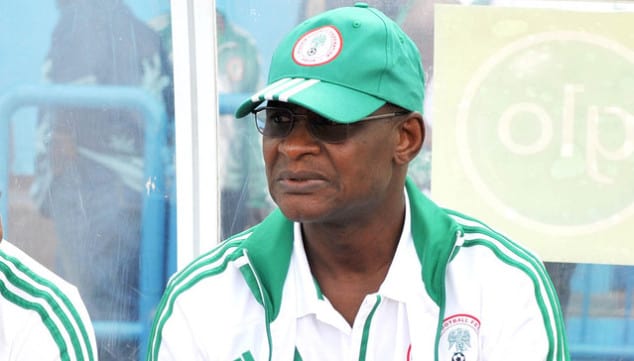 Despite the Federation International de Football Association’s (FIFA) warning of a possible suspension from all international football, Nigeria Football Federation’s (NFF) Congress voted out its executive branch, according to the BBC. This move over the weekend was a legal maneuver to avoid the full wrath of FIFA.

RELATED: How an African Team Can Win the World Cup: Strategic Lesson from Brazil

Nigeria Football Federation President Aminu Maigari (pictured) was arrested and his executive committee members were reportedly fired by the Government of the Federal Republic of Nigeria for not adequately dealing with the team payment issues that arose during the ongoing World Cup in Brazil.

Governmental interference is a seen by FIFA as a serious breach of its rules. The consequence of this breach could be a ban that would prevent Nigerian teams from participating in international tournaments.

The weekend’s endorsement of the Maigari sacking, albeit by a FIFA-recognized body, would not deter FIFA from putting sanctions against Nigeria.

After this full reinstatement, the NFF Congress would have had more legitimacy in voting out the reinstated executives.

Still, FIFA has given Nigeria until the 8th of July for the full reinstatement to avoid being sanctioned.

It is unlikely Nigeria would adhere to FIFA’s directive, especially on continent where football and politics intermarry on all types of levels. If a sitting government does not act on a national football failure of this magnitude, it could come back and haunt them during an election year because they could be seen as a “do-nothing government.”

In Brazil, the continent’s representatives had embarrassing money disputes involving players and officials with Ghana, Nigeria, and Cameroon being the main culprits.

An attempt to fix this embarrassment by the various governments — if not done within FIFA’s parameters — could be seen as an interference.

It should be recalled that FIFA banned Nigeria temporarily in 2010 for interference, after President Goodluck Jonathan withdrew the national team from all international competition.

History would repeat itself if the Maigari administration is not reinstated per FIFA’s directives.