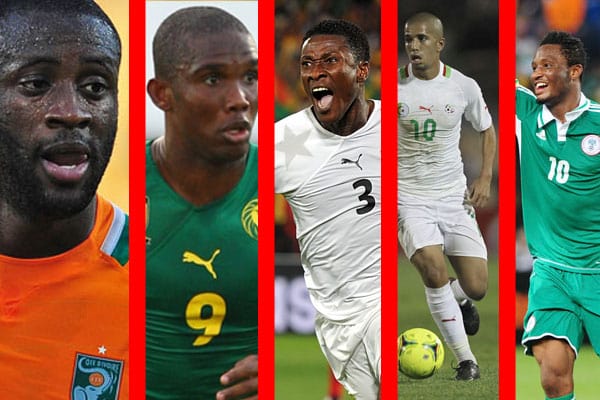 As the quarter-finals begin on Saturday, there will be no African representation in the elite eight of World soccer. African teams performed below par in the ongoing World Cup tournament, but all is not lost. With better organizational and management structure, future teams from the continent can outperform their counterparts to eventually win the Cup.

Whiles the continent waits another chance to go all the way in Russia 2018, re-strategizing the African approach must take effect right away to have a chance of making an impact in the next World Cup.

For Africa teams, winning the World Cup would raise the aspirations of the continent to an unprecedented level.

Overall, African teams Ghana, Nigeria, Cameroon, Algeria, and Cote D’Ivoire were better tactically and physically prepared for the tournament than they’ve been in past. Financial mismanagement and a lack of proper talent management, though, may have gotten in the way of advancing to the quarter-finals.

These notwithstanding, the teams from Africa showed the world what they are capable of.

But capability does not always translate in to expected results, which in this case is to ultimately win World Cup.

For participating in the FIFA World Cup, the qualifying teams are paid an honorarium appearance fee of $8 million each by the world governing body; however, the individual countries decide how they will invest or disburse of this money.

It should be noted that this payment from FIFA is in part an incentive for teams to strive to qualify for the tournament.

African teams — even those that do not qualify for the World Cup — have historically had various financial disputes among the administrative federations and their playing bodies.

These money troubles escalate during the World Cup.

Three of the African teams represented have had their World Cup campaigns seriously affected by payment problems: Togo had similar problems at the World Cup in 2006, but this time around, FIFA took notice because Ghanaian players boycotting the World Cup would have disrupted the tournament.

At the core of the money issues is the lack of trust between players and their administrator.

According to Forbes Magazine, the 2010 FIFA World Cup in South Africa brought in USD $2.408 billion in television rights alone and USD $1.072 billion in marketing rights.

Brazil’s financial projections are thought to be as high as USD $ 8 billion.

A step in this direction would handle the mess that was created by Ghana, Nigeria and Cameroon federations.

The African player should be completely focused on the game without this sort of distraction. To win the World Cup, you need maximum focus, and without these monetary distractions, teams such as Ghana would have gone further in to the knock out stages of the tournament.

Algeria did well in reaching the round of 16 without these financial distractions. They are said to be donating their bonus money to Gaza.

Better management decisions could help African teams go further in the World Cup. Great management takes time to implement. There is the debate of implementing data-driven decision-making versus management by experience. In business, decisions often take months to determine if the outcome of those decisions were the right ones or not. 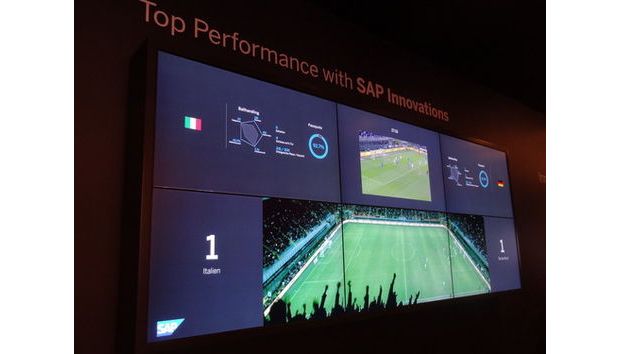 The giant German software enterprise firm SAP (pictured) is currently helping the German World Cup team by providing them real-time data based on video analysis from cameras placed on the field.

No African team has this technology.

So while Germany was playing Ghana, the video feeds were being used to assess the Ghanaian defensive set up and its weakness. And with this type of technology, it is no wonder that the Germans were able to find an equalizer against Ghana in their World Cup game.

Heat maps and other analytics are currently being used at this World Cup to gain competitive advantages and help teams reach their full potential.

There is a long way to go for Africa’s teams; however, we’ve got to get the basics right. Mismanagement is the bigger issue on the continent. There is too much waste in the system because of lack of data in our decision-making.

In our selection process, there is a lot of intuition. Very little data-driven analysis is done, if at all. It would be a surprise to know if there were any statistical analysis experts on any of the African teams represented in Brazil.

By 2018, when we will presumably be riding in self-driving cars, big and right data would be even more important in the sport.

Will big and right data always help  us make the right decisions?

But there is evidence to show that they can enhance the decision-making of our local coaches when their experienced intuition is applied to the right set of data.

The Way Forward: Optimism on the Continent

There has to be the belief that an African team can win the ultimate prize. This internalized faith is what separates the true champions from the rest. There is an element of luck when all things are equal, but African teams got to show the will to win more on the field of play.

Some teams employ team psychologists to bring the very best out of their teams.

In this World Cup, African teams had a really poor showing against their European counterparts.

Africa won only 1 game in 9 against European teams.

To win a modern World Cup in the current format, African teams need to beat at least two top European teams. Of the 77 nations that have taken part in the World Cup, only eight have won it.

Europe has won it a record 10 times.

As African presidents of Cameroon and Ghana have respectively called for inquiries on why Ghana and Cameroon were eliminated in the group stages of the World Cup, it will be worthwhile for them to follow up and set up research groups within the month on how we as continent can collectively and individually support a team to bring the Cup home.