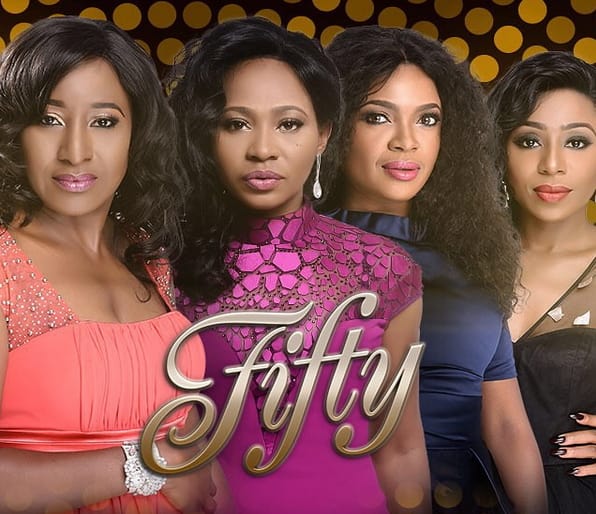 The Nigerian film “FIFTY” premiered before a global audience in London in October at the prestigious BFI London Film Festival, had its world grand premiere in Lagos, Nigeria, in November, and now it is available exclusively to 65 million Netflix members in more than 50 countries.

Directed by Biyi Bandele, acclaimed writer and director of the award-winning film “Half of a Yellow Sun,” “FIFTY” follows four African female lead characters into a spellbinding journey of life’s crucial paradoxes: love and lust, faith and reason, reality and obsession, power and vulnerability, and wisdom and youth — all set against the relentless and bubbly backdrop of Africa’s fastest-growing city of Lagos.

“Tola” is a TV star whose marriage never stood a chance thanks to a cold family secret. Celebrated obstetrician “Elizabeth’s desire for younger men has estranged her from her daughter. Forty-nine-year-old “Maria” has an affair with a married man that results in an unexpected pregnancy, and “Kate’s battle with a life-threatening illness plunges her into religious obsession.

Executive produced by Mo Abudu, CEO of EbonyLife TV, “FIFTY” is scandalously playful and spiritedly powerful in its handling of provocative life issues, such as divorce, relationships, and sex, treating the audience to the pulsating beat of the mesmerizing grooves of world music superstar King Sunny Ade, Afrobeat titan Femi Kuti, and German-Nigerian wunderkind singer-songwriter Nneka who all appear in the movie with pop icon Tiwa Savage and the irrepressible Waje.

The film comes from the stable of EbonyLife Films, a production company strongly committed to telling African stories as they have never been told before, and a sister company of EbonyLife TV, Africa’s first Global Black entertainment and lifestyle network.