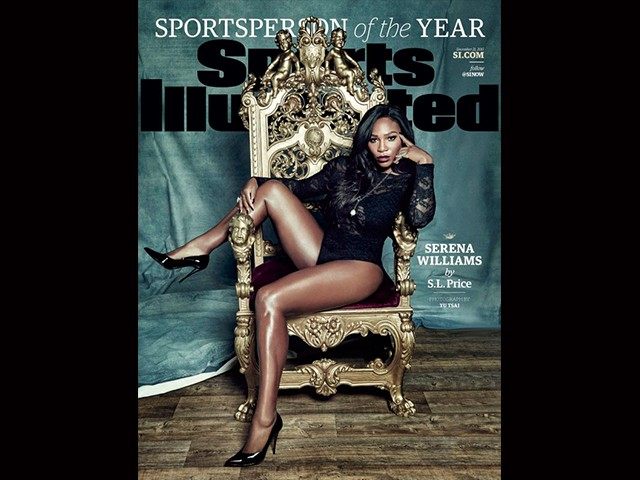 Sports Illustrated has named the iconic tennis player Serena Williams (pictured) as its “2015 Sportsperson of the Year.”

In 1954, Sports Illustrated began giving out the Sportsman award to “the athlete or team whose performance that year most embodies the spirit of sportsmanship and achievement.”

Describing Williams’ accomplishments as well as why they chose her for the distinction, Sports Illustrated writes:

Williams, 34, won three major titles, went 53–3 and provided at least one new measure of her tyrannical three-year reign at No. 1. For six weeks this summer—and for the first time in the 40-year history of the WTA rankings—Williams amassed twice as many ranking points as the world No. 2; at one point that gap grew larger than the one between No. 2 and No. 1,000.

Williams’s 21 career Grand Slam singles titles are just one short of Steffi Graf’s Open-era record. Such numbers are reason enough for Sports Illustrated to name Serena Williams its 2015 Sportsperson of the Year.”