Dr George Njoroge is a pioneering scientist with over 100 patents in drug discovery in the United States. Born in Kenya, Dr Njoroge at an early age was very intrigued at how his grandmother who was a herbal medicine doctor treated her patients. According to him, seeing his grandmother’s treatment process and how it reciprocated in her patients getting better motivated him to learn more about how biological systems work.

After graduating from University of Nairobi, Kenya, with first class honours, Dr Njoroge completed his PhD in organic chemistry at Case Western Reserve University, Cleveland, Ohio in 1985 and joined Schering Plough Research Institute (SPRI) in 1988. Dr Njoroge’s research at SPRI has focused on the design and synthesis of orally bioavailable small molecules for the treatment of viral diseases and cancer. 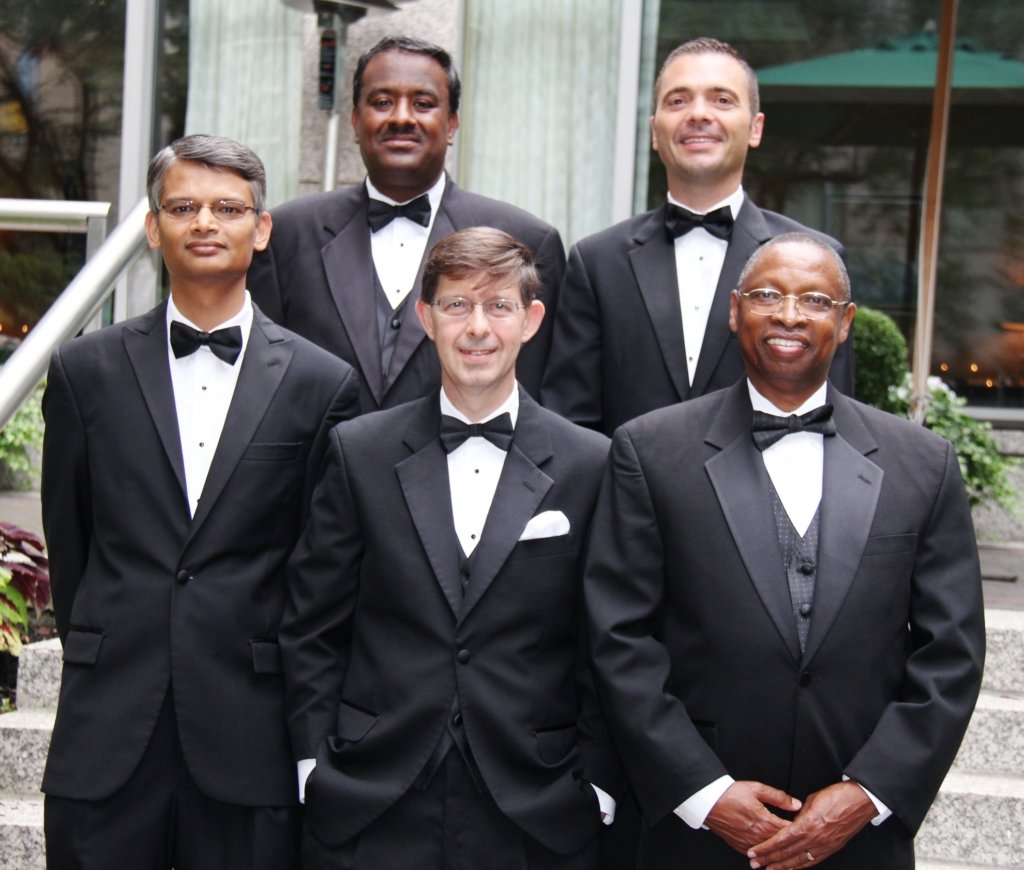 Dr. Njoroge (first from right) was inducted into “Hall of Fame” as the latest Hero of Chemistry by the American Chemical Society (ACS) in 2012.

With over 30 years’ experience in research, Dr Njoroge is currently a Senior Research Fellow at Lilly. Previously, he was a Director in the Department of Medicinal Chemistry at Merck Research Laboratories in Kenilworth, New Jersey where he oversaw chemistry program in infectious diseases platform. Through research, his leadership at Merck, an anti-HCV viral drug Victrelis™ (also known as Boceprevir or SCH 503034) was discovered. This medicine was approved by FDA on May 13th, 2011 as the first-in-class therapy for Hepatitis C treatment and is currently in the market. 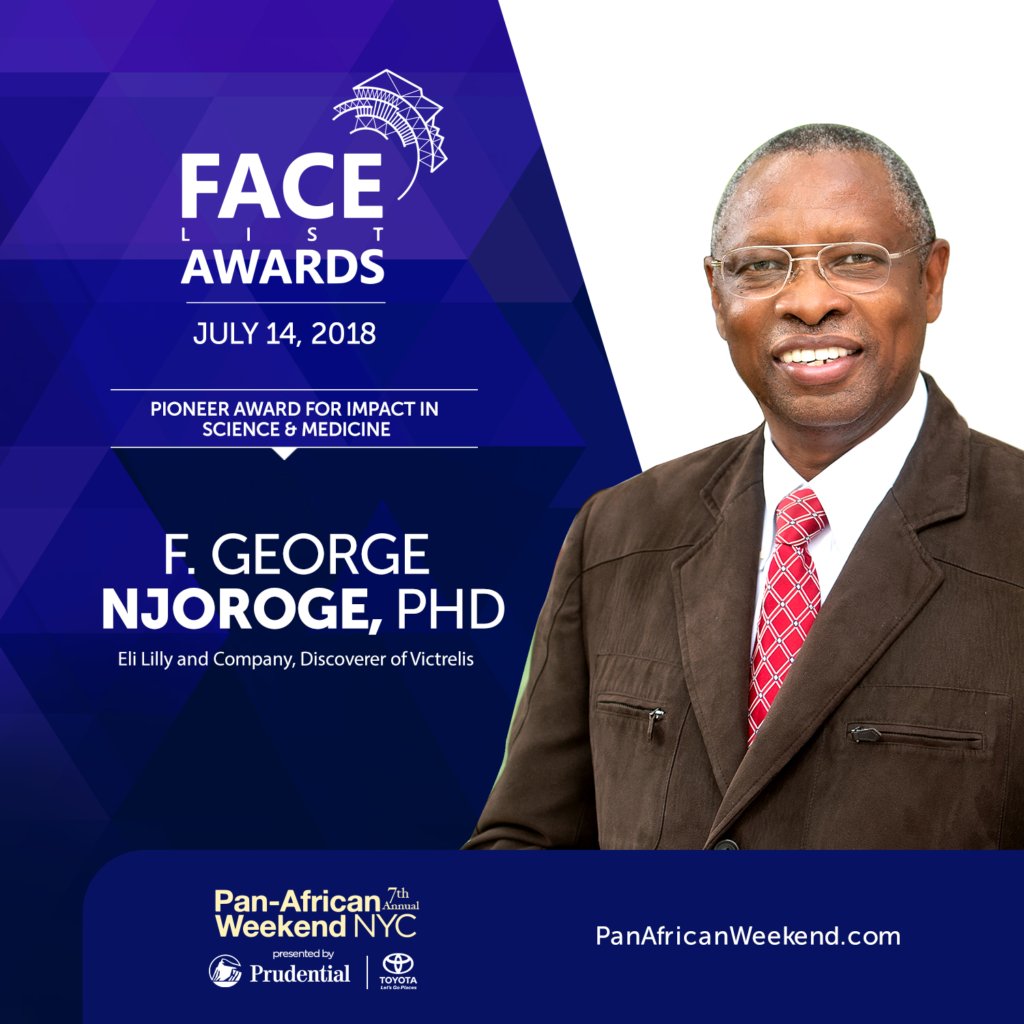 Over the years, I have received numerous accolades here in the USA and elsewhere, however, being recognized by an afro-centric organization is just remarkable and makes me dance with joyful exhilaration. Dr George Njoroge on being honoured at the FACE List Awards.

Dr Njoroge has published extensively in professional journals on synthetic organic chemistry and drug design. He has also authored and co-authored 134 scientific publications and has 104 US granted patents under his belt.

A highly decorated scientist, Dr Njoroge has won numerous awards including the Emerald Award for Professional Achievement in Industry and the Thomas Alva Edison Patent Award for Emerging Therapies and a host of others. He was also inducted into the “Hall of Fame” as the latest Hero of Chemistry by the American Chemical Society (ACS) in 2012. In the summer of 2014, he was conferred with an Honorary Degree of Pharmaceutical Science by Mount Kenya University.

Dr Njoroge has a great passion for science and feels very privileged to have been involved in solving challenging problems that have culminated in benefiting mankind in a very significant way. He looks forward to taking this passion a notch higher by working with accomplished scientists all over the world; he is committed to contributing to future innovations that he believes will lead to the discovery of new drugs that will make a difference.

Join Face2face Africa as we honor Dr Njoroge at the 2018 FACE List Awards Gala during the Pan-African Weekend on Saturday, July 14, at Capitale in New York. Click Here for Tickets and more information.