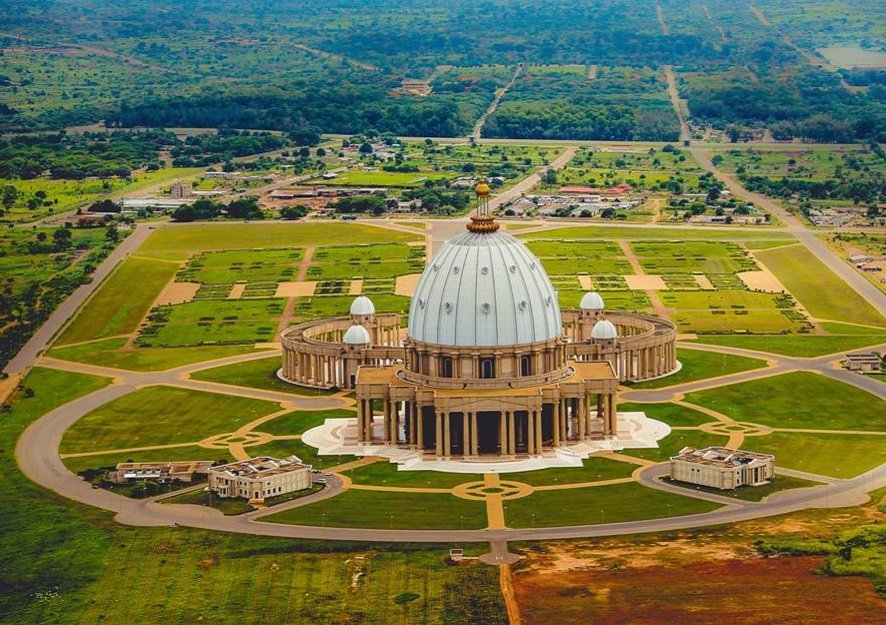 He was not shy to display wealth

Houphouët-Boigny was known to display his wealth, explaining in 1983 that “People are surprised that I like gold. It’s just that I was born in it.”

He had homes in Paris, Italy and Switzerland and is said to have been worth $7 and $11 billion at the time of his death in 1993.

In 1985-1989, he constructed the biggest church in the world: the Basilica of Our Lady of Peace in Yamoussoukro, which he had made his capital in place of Abidjan. The church was built with the finest marble from Portugal and Italy, with  36 stained-glass windows, hand-made in Bordeaux, France, with an organ that is documented to reach volumes that could endanger one’s hearing. It was created to accommodate over 18,000 worshippers.

Houphouët-Boigny was criticised for this construction as it contributed to the country’s poverty and a debt of more than US$10 billion in 1987. Further, it’s construction happened at a time when Ivory Coast was recovering from a two-year drought and a decline in the economy since 1978, thanks to the drop in cocoa and coffee prices.