Distinguished U.S. and African leaders and top diplomats will gather for this celebratory annual event that recognizes leaders for their commitment and ongoing work towards economic democracy and development in Southern Africa. The black-tie affair will begin with a cocktail reception, followed by dinner and dessert.

“This year we have the special opportunity to honor leaders who have helped bring today’s South Africa into being,” said Donna Katzin, executive director of Shared Interest. “They share our interest in development and investment partnerships with the economically excluded South Africans and their neighbors who are reshaping their communities and nations, and making their dreams a reality.”

Graça Machel will be honored for Empowering Africa’s Women, and a lifetime of work that began as Mozambique’s Minister of Education and Culture to stewardship of Nelson Mandela legacy and through her own foundation, The Graca Machel Trust which works to eliminate gender inequality, uphold the rights of children, and empower women and their communities in Southern Africa and beyond. 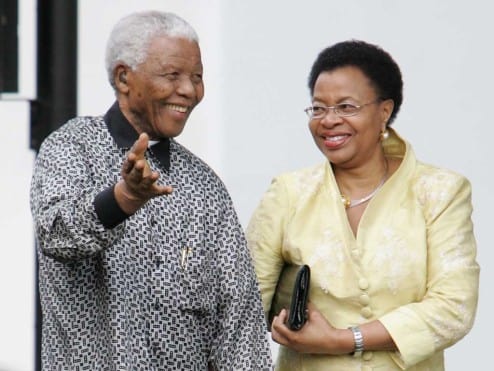 Gala co-chair, Peggy Dulany explains, “This is Graça Machel’s first public appearance in NY since the death of her husband, Nelson Mandela. She is ready to talk about her commitment for the rest of her life to improve the lives of women and girls, particularly in Africa. With her inspirational lead, we can all make a difference.”

Street Talk TV and it’s co-founder, Jo Menell, will be honored for Raising the Voices of South Africa’s Next Generation through their achievements in increasing social awareness and building a conscious and inclusive society
through media.

One of New York City’s most progressive and politically-active couples Anne H. Hess and Craig Kaplan will be honored for Advancing Global and US Human Rights for their decades of devotion to an array of social change initiatives, ranging from the movements to end apartheid and uphold the rights of women and low-income communities from New York to Nicaragua — to national and international campaigns for labor and political rights.