The recent brutal rape and sodomy of Theo L., a young Black man, by the French police in a suburb of Paris has led to renewed calls for French authorities to reassess its so-called policy of “colour-blindness.”

On Thursday, 2 February, 22-year-old Theo was one of several men arrested by French authorities in a police raid in the Paris suburb of Aulnay-sous-Bois.

For unclear reasons during the encounter, Theo was forced to the ground, beaten, and brutally sodomized with a police baton, according to Al Jazeera.

The doctors treating him say his injuries may confine him to bed for at least two months.

So far, the four police officers involved in the incident have all been suspended. Three of them were subsequently charged with aggravated assault and a fourth one with aggravated rape.

French authorities have also promised to carry out a detailed inquiry in to the circumstances surrounding the incident even as preliminary investigations curiously maintain that Theo’s injuries, including a 2.5-inch tear in the anus, “were not intentional.”

French Interior Minister Bruno Le Roux confirmed the arrest of the four officers and insisted that exemplary conduct and respect “must guide the behavior of security forces at all times.” He also chided a police chief who attempted to defend the use of derogatory, racist language by the officers during Theo’s arrest.

French President François Hollande also visited Theo’s bedside at the hospital and promised that “justice will be done,” while Prime Minister Bernard Cazeneuve called for calm on the streets of France, saying to protesters that he understood their grievances.

But observers and activists say all of that is hardly enough, pointing out that it amounts to mere political rhetoric hardly backed up by action. They say there is a pattern of abuse from French law enforcement officials that has been repeated over the years. 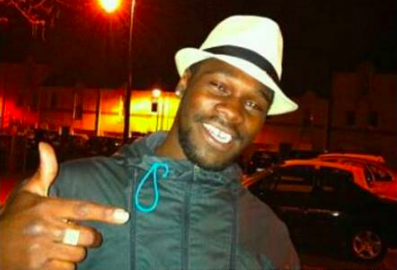 Only last July, 24-year-old Adama Traore, a young Black man of Malian descent, died in police custody, leading to violent riots and days of unrest in the suburb of Beaumont-sur-Oise as protesters repeatedly clashed with the police and set several cars on fire. 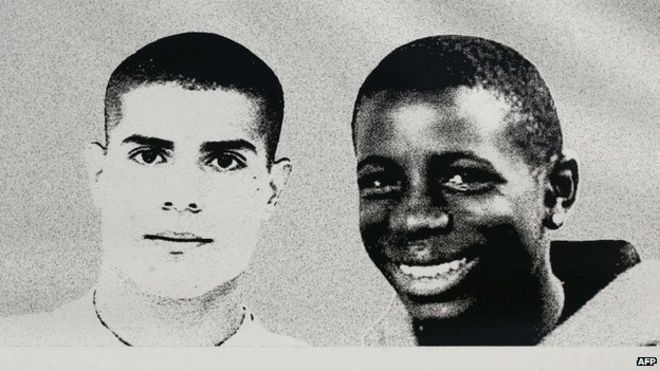 And in 2005, two youngsters with immigrant roots, 15-year-old Bouna Traore and 17-year-old Zyed Benna, were electrocuted while hiding from the police in the Paris suburb of Clichy-sous-Bois.

The two teenagers — investigations found them to be guilty of no crime — had taken to their heels on sighting the police, a learned response they had reportedly acquired from growing up in a neighborhood that was perpetually on the receiving end of police brutality.

In the wake of Theo’s brutal rape in the hands of the police, there have been repeated clashes between protesters and the police. Some of the protests have taken a violent turn and have been marred by rock-throwing and arson, resulting in at least 245 arrests.

The activist group Black Lives Matter France, an offshoot of the movement against police brutality in the United States, seized on the case and helped organize protests. Campaigners say immigrants, especially Black people, are overwhelmingly the targets of police brutality in France.

Racial tensions are still very much a problem in French society despite a stated policy of assimilation and the integration of minorities, many of them from France’s former colonies in Africa and the Caribbean.

Protesters say the French police is guilty of subjecting the Black population in the inner city to an inordinate amount of pat downs and frisking.

Reports say the policemen who arrested Theo in the Parisian suburb of Aulnay-sous-Bois, an area popular with immigrants, were carrying out what officers consider perfunctory “identity checks” on a group of young men outside a large public housing development.

And while French authorities disagree with the prevailing sentiment about those “checks,” they appear to have all the marks of racial profiling.

A 2016 study by the Defender of Rights, a government watchdog, showed that young Blacks or Arabs were seven times more likely than Whites to be stopped and searched by police.

Others believe the actions of the police are perhaps reflective of the larger French society’s treatment of its immigrant and minority population.

Washington Post columnist Joel Dreyfuss writes that outside of sports and entertainment, the French society has not exactly embraced the diversity in its population:

Despite its commitment to color-blindness, France has made uneven racial progress. Interracial couples and families are common. The 2017 Miss France is from French Guiana. Yet discrimination in employment is widespread. In the banlieues, unemployment is 27 percent vs. 10 percent for the rest of the country. Outside of sports and entertainment, few members of France’s growing minority population have reached significant or visible positions in French society.

The lack of highly visible minorities has also meant a paucity of influential minority spokespersons. Few Blacks or Arabs have participated in the discussions of the unrest on France’s multitudinous political talk shows. The long-standing tensions between the police and French minorities or the problems of these communities have largely been ignored in this year’s presidential campaign — until now.

Activists say French society will not make any progress in fostering cordial race relations unless authorities admit that the policy of “colour-blindness” — as it is called in the French constitution — does not work in practice and make concerted efforts toward promoting racial tolerance by protecting the rights of minorities and educating the general population about healthy race relations.