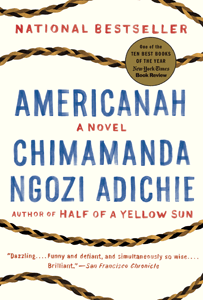 The initiative hopes to get book lovers in New York City’s five boroughs to read the same book at the same time.

New York Mayor Bill De Blasio said of the program, “New York City is proud to be the creative capital of the world.

“The ‘One Book, One New York’ initiative provides the perfect opportunity to bring city residents from all five boroughs together through reading,” he said.

The initiative made the selection of five books from hundreds with the help of an advisory panel made up of the “heads of the New York Public Library, the deans of the major academic institutions, and leaders of the book publishing industry,” which then narrowed the reading list down to five books, a statement from the Mayor’s office said.

From the selected books, one book will be chosen by the voting public to be read in the month of March.

Julie Menin, head of New York Mayor’s Office of Media and Entertainment, said once the book is chosen, the city will host an author event at the New York Public Library as well as a number of ancillary events at bookstores throughout the city.

“We’re thrilled to celebrate our enduring literary capital with the ‘One Book, One New York’ program.

“All five of the nominated titles are fantastic, and we invite New Yorkers from all five boroughs for the chance to vote for your favorite N.Y.C. read.

“’One Book, One New York’ will help readers connect with one another while rediscovering their libraries and their independent neighborhood bookstores.

“Something that makes it incredibly timely in this moment our country is in is that all five of these books deal with themes of immigration, of race, oftentimes of being an outsider.

“These books are incredibly timely. These are really thought-provoking books that really speak to the age that we’re in,” Menin said.

Adichie’s “Americanah” is a powerful, tender story of race and identity and is centered around two young lovers, “Ifemelu” and “Obinze” who depart military-ruled Nigeria in search of better fortunes in the West.

The heroine, “Ifemelu,” heads for America, where she is forced to grapple with what it means to be Black for the first time. Not able to travel to the United States to be with her, “Obinze” finds his way to London, where he lives for several years as an undocumented immigrant.  Nearly two decades later, the two reunite back home in Nigeria and re-ignite their undying love and passion.

The four other books selected for the “One Book One New York” reading list are:

New Yorkers can vote on what book they want to read here.