The Garifuna or Garinagu are the descendants of West and Central Africa who intermingled with Island Carib, Arawak and European people. 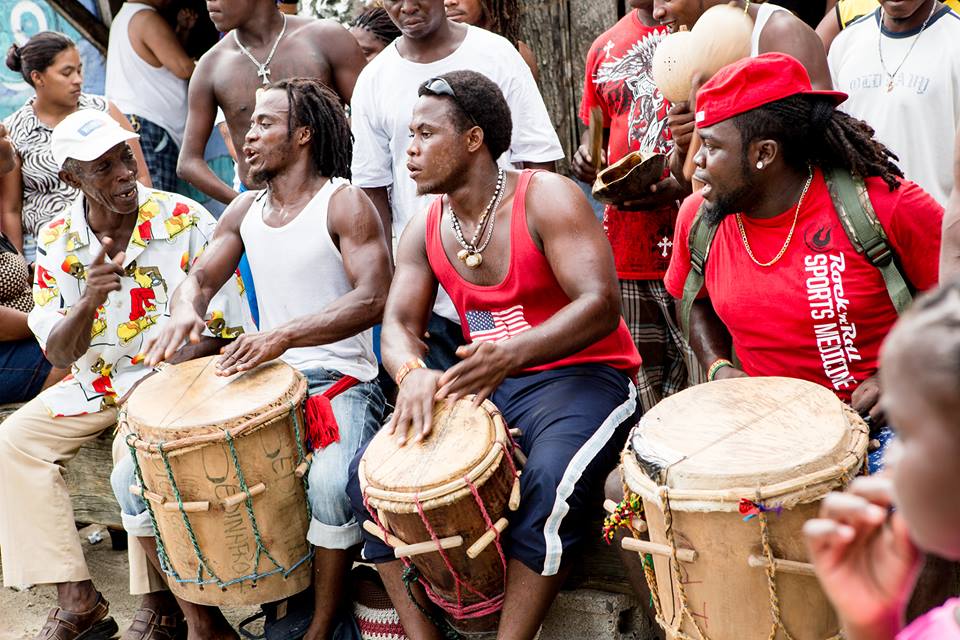 Before then, the Black Carib were inhabitants of the Caribbean island of Saint Vincent caused by the mixture of Island Caribs and black Africans which occurred in the 18th century.   Black Caribs also reside in Dominica and Trinidad.

The Garifuna are a result of the Black Caribs who spread throughout Central America, Honduras, Nicaragua, Guatemala and Belize. Their exodus came after they were exiled from the Lesser Antilles by the British colonial government after several attempts of rebellion.  Those deemed as having less “African” attributes were allowed to stay. 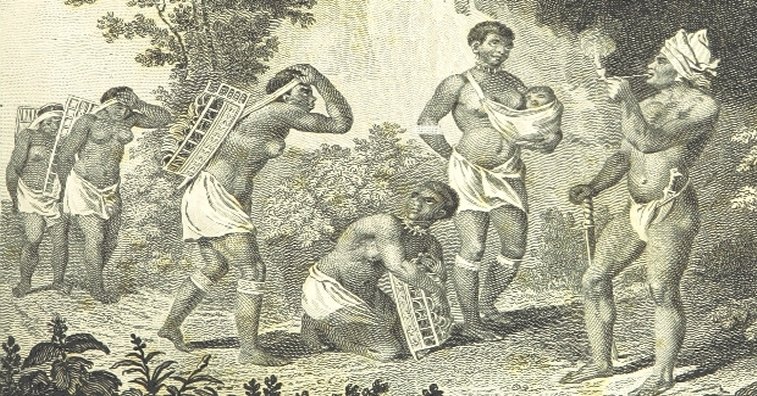 The Carib people arrived on the islands in the 1200s. They killed and displaced the Taino, the indigenous people of the Islands. 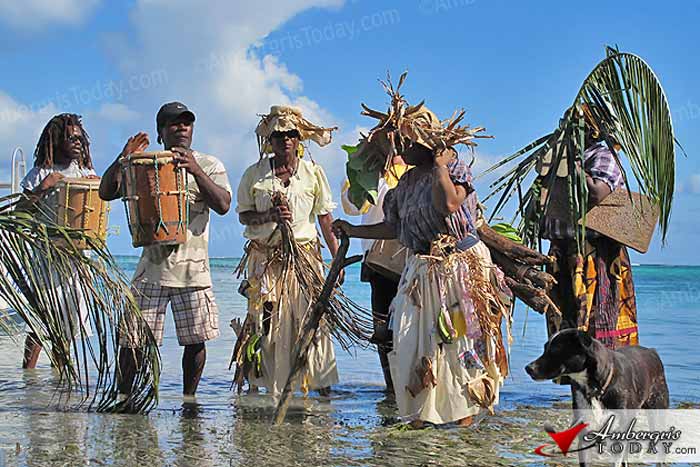 Africans arrived in 1675 after the shipwreck of a slave ship originating from the Bight of Biafra. The slaves were the Mokko people of Nigeria who are now known as Ibibio. Upon their arrival, The Carib took the Mokko to St. Vincent. The Mokko and the people of St. Vincent married, mixing their lineage and culture.

The Caribs resisted against working in the cocoa and sugar plantations being developed in the Caribbeans by the French.  In 1636, King Louis XIII authorized the capture and enslavement of Africans from Sub-Saharan Africa to work in Martinique and other regions of the French West Indies.  This was known as the La Traité des Noirs.

In 1650 the fertile land known as the Cabesterre became attractive to new French colonialists arriving in the area.  In 1660, the Carib revolted and the French responded by waging war.  Many natives were killed and those who lived were imprisoned and made to leave.  On Martinique, the French colonialists signed a peace treaty with the Carib. Some of the Carib opted to emigrate to Dominica and St. Vincent; the French agreed to leave them in peace.

Though the British and French wanted to rule over St. Vincent, in 1748 the island was deemed neutral.  Nevertheless, the French maintained a hold over the island as they continued to cultivate the arable land within the island.

In 1763, the Treaty of Paris enabled the British to gain rule over St. Vincent.  After a series of Carib wars, the Carib retreated and surrendered to the British in 1796.

It was also during this period that the slaves gained independence in Haiti.

The British sent the Garifuna to Roatán, an island off the coast of Honduras.  5,000 Garifuna people were banished with 2,500 surviving the trip. The remaining Garifuna lobbied to be able to stay on the mainland of the Spanish territories.  The Spanish employed the Garifuna and they spread throughout the Caribbean along the Central American colonies.

In 1832, the British abolished slavery, though it operated for a generation afterwards.  The slave trade lasted much longer in other regions.

The Garifuna’s have roots in several places, Africa, the Caribbean Islands and Central America. This unique fusion makes their lineage more complex and intriguing nonetheless.

In the present day, The Garifuna reside in Central America, St. Vincent, Saint Grenadine and the United States. In the U.S., the Garifuna are known to inhabit New York City and Los Angeles. There are also huge populations in Belize and Guatemala.

The Garifuna population in Nicaragua is relatively small.

The Garifuna language is a mixture of Arawakan with Spanish, French and English influence.  It is spoken by the Garifuna in Nicaragua, Belize, Guatemala and Honduras.  Certain terms are used by men while women tend to use other forms of the language.

The Garifuna practice Islam, Catholicism, Rastafarianism and a unique set of practices which involves showing respect to their ancestors, Sunti Gabafu the all-knowing and Bungiu (God). A Shaman or buyei is the officiator of all practices. Some adhere to Voodoo practices reminiscent of those done in Africa.

These practices include the Dugu ceremony, which is a funeral ceremony and chugu.