The Portuguese were the earliest European colonists to settle in Africa owing largely to the fascination of the ever-adventurous Portuguese prince, Henry the Navigator. From the island of Azores down to the region of Guinea, it didn’t take long for the Portuguese to establish a colony in Angola, precisely in 1570.

However, the Portuguese’s overall control of Angola was not as anticipated. It was not because they didn’t have superior technology and weaponry which they had always used, to much success; it was much more of the bravery, military strategy and diplomatic acumen exemplified by one of the greatest warrior queens in African history – Queen Nzinga of Ndongo and Matamba Kingdoms of Angola.

Queen Nzinga was born in 1583, just about the time the Atlantic Slave trade was booming and the Portuguese were gradually establishing control over Angola. Most of the local chiefs assisted the Portuguese either in slave raiding or taking possession of lands and in return, receiving items such as mirrors, guns, even wines and other material items. 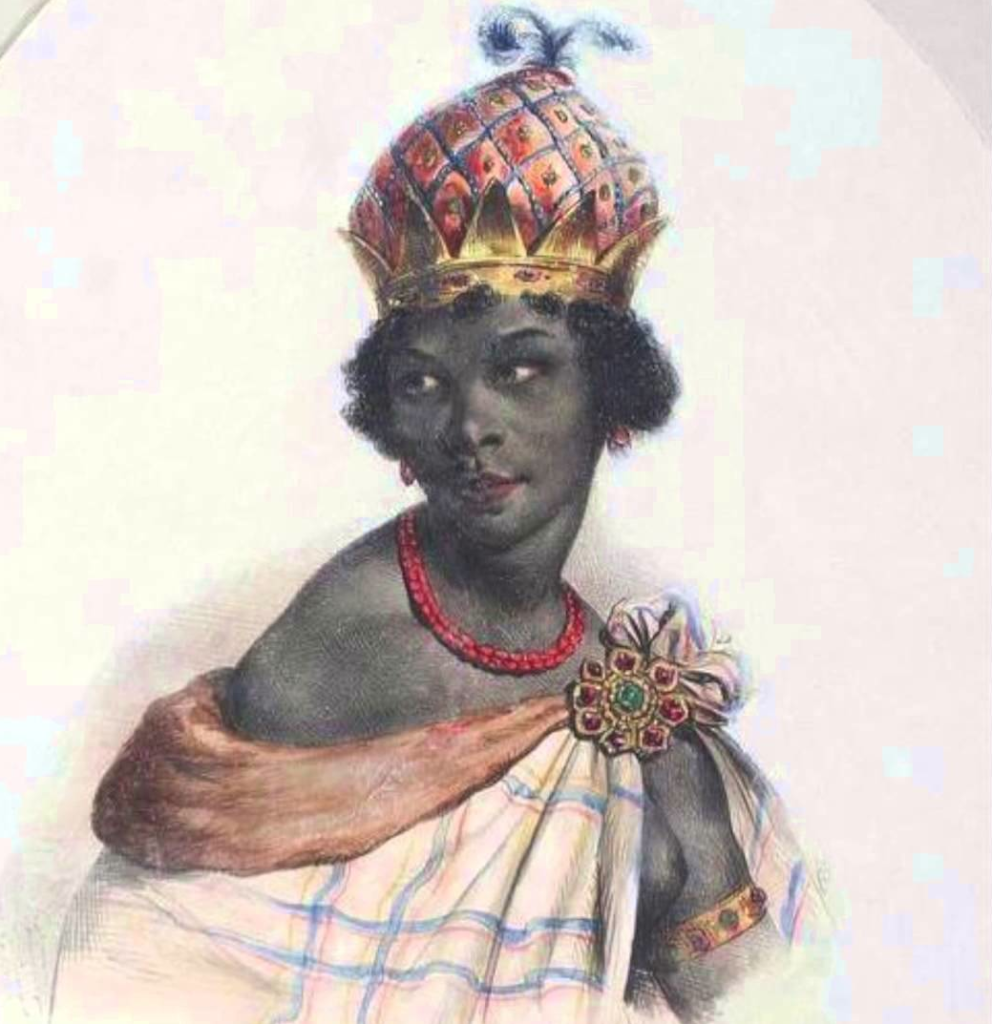 It should be noted that England and France had joined the profitable colony business and Portugal wanted to dominate Angola as soon as possible.

Ngola Kia Samba was Nzinga’s father while her mother was Guenguela Cakombe. They ruled as the overlords in Ndongo and Matamba over the Mbundu people. Nzinga had three other siblings –her sisters, Kifunji, Mubkumbu and a brother Mbandi. History has it that Angola was so called because the Portuguese called the land Ngola, with reference to Nzinga’s father. This was later changed to Angola.

Legend has it that at the time of her birth, Nzinga’s umbilical cord was wrapped around her neck, the reason why she was named Nzinga. A wise old woman also prophesied that she would become a great queen later in life. Indeed, she was very smart and intelligent such that her father took her with him to state meetings, functions and even battles.

Her father fought several battles to protect his domain from the Portuguese. She became a military strategist and a warrior. But her involvement in government did not come until her father’s demise.

Ngola Mbandi, her brother took over the reins of government and gave Nzinga her first state assignment- to act as the envoy in a peace conference with the Portuguese. The fight between the Portuguese and the Ndongo people had gotten to a stage where peace needed to be brokered. The Portuguese had other arrangements in mind and this became feasible at the conference.

The Governor – Joao Correia de Sousa and his entourage were all seated but left no seat for Nzinga or any member of her entourage. Nzinga’s maids quickly rolled a mat for her and one of her male servants bended to form a human bench which she sat on.

The Portuguese marveled at the power she commanded among the people and it was to her credit that she got a good deal at the conference for her people. Because of her association with her late father, she could speak Portuguese and write as well, this also gave her a lot of leverage. She succeeded in negotiating a peace treaty.

But the Portuguese reneged on the treaty and attacked Ndongo. Mbandi died in the process in 1624 and Nzingha (although not on popular support because she was a female) became the Queen. It was also rumoured that she killed Mbandi and then her son who was a regent to be able to lead her people. Thereafter, she took on the title of a king and led her people to fight the Portuguese bravely.

The battle between Nzinga and the Portuguese was long and both parties became battle weary. Thus, a new peace treaty was signed. Nzinga proclaimed her territory a free country where all lived equally and she became renowned for her bravery and heroism in fighting slave trade.

She resettled former slaves and protected her people from oppression. She died in 1663 and till today, she is known for her compassion for the people, sterling leadership qualities, a field marshal and commander of successful battles with the Portuguese. In her honour, a major street was named after her and a statue built in Luanda, capital of Angola. 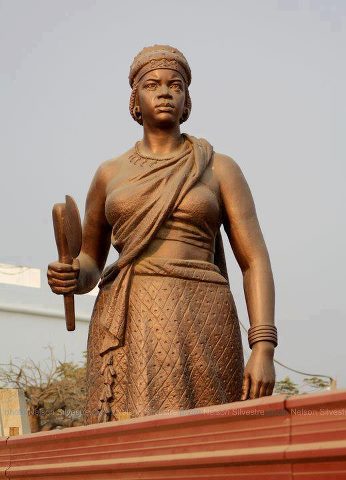