Africa’s first black skeleton athlete Akwasi Frimpong shared photos of his 2018/2019 skeleton race suit and they look all sorts of awesome and jaw-dropping!

Drawing inspiration from popular Marvel comic series and movie Black Panther, the predominantly black “superhero-ish” suit has a King T’Challa’s mask meticulously airbrushed on the helmet with “Hope of a billion” inscribed at the back as well as a “vibranium” lookalike suit. There are also colours of the Ghanaian flag on both the helmet and overall suit.

The Olympian shared exclusive photos of the suit on his Twitter page with an improvised and funny #WAGHANA Forever mantra in his caption.

Take a look at the photos below: 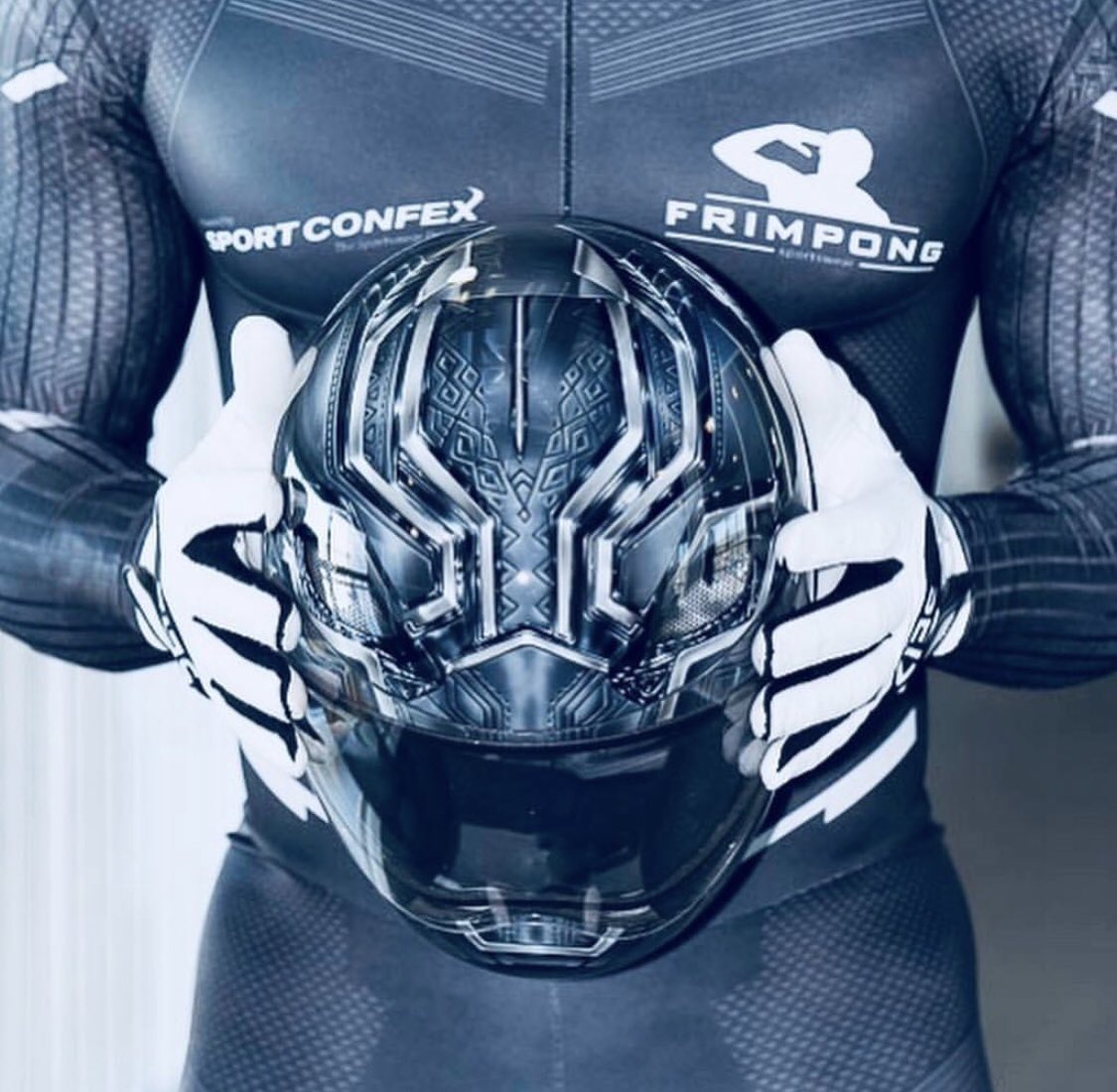 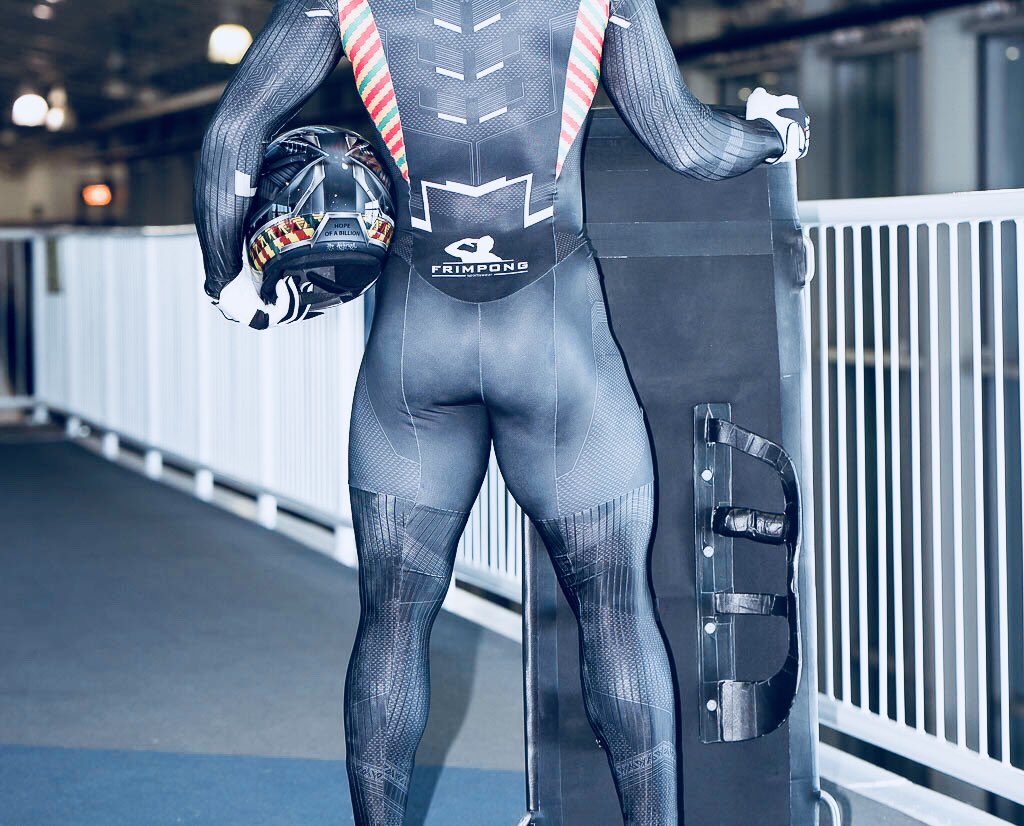 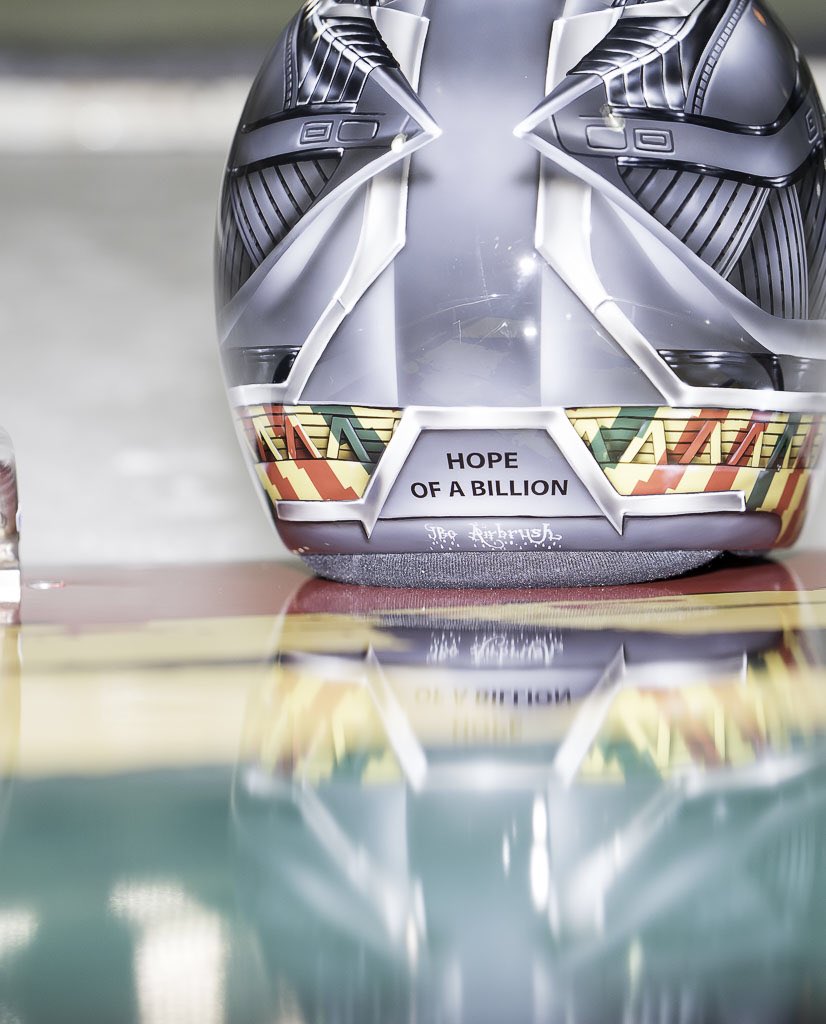 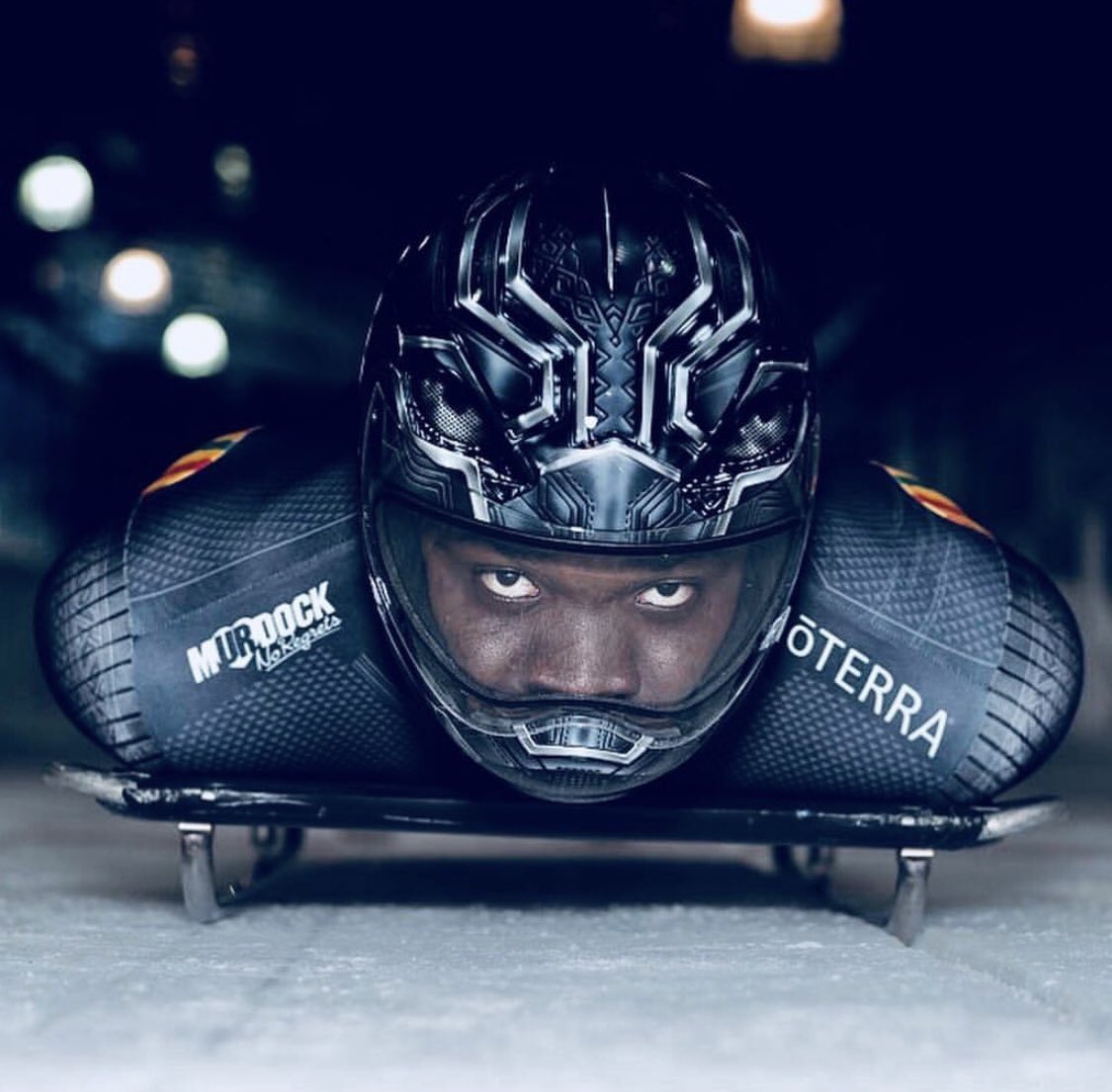 Born in Ghana, Akwasi Frimpong migrated to the Netherlands at a very young age to join his family. He represented Ghana at the 2018 Winter Olympics in Pyeongchang, South Korea, making him Ghana’s first skeleton athlete to qualify for a Winter Olympic event.

Although he experienced early success as a track and field sprinter and winning many medals, including the Dutch junior national championship at the age of 17, he struggled with both injury, near misses, and immigration issues, which mired his dreams to compete in the Olympics at an early age.

In 2008, he won an athletic scholarship to the United States where he prepared to make the 2012 summer Olympics but failed to qualify. At 26, and just as he was starting to feel like he might have his Olympic dreams thwarted as he began to slow down in track and field, he was courted to join the Dutch bobsleigh team. But there, he also failed to qualify for the Games. In 2015, he switched from bobsled to skeleton.

Ghana only debuted at the Winter Sports in the 2010 Winter Olympics in Vancouver, British Columbia where Kwame Nkrumah-Acheampong, popularly known as the “Snow leopard”, represented the country in the slalom ski event. Frimpong is the second.

For the West African country that has never seen snow, the presence of its athlete on ice in the Olympics sport is a great feat, and one set to expand as athletes like Frimpong look to put the country ‘on the map’.

In fact, Frimpong launched the Bobsled and Skeleton Federation-Ghana (BSF-Ghana) last year. Over 45 young people from across the country participated in the debut event to introduce winter sports in the country. BSF-Ghana has been accepted by the National Sports Authority of Ghana and is the first official winter sports federation in Ghana.