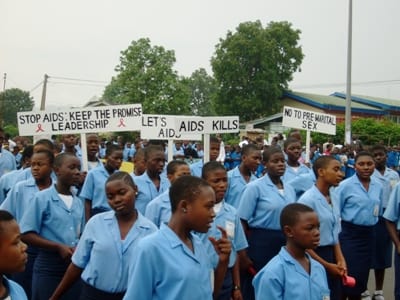 Buea, Cameroon (Face2Face Africa) Children who are living with the HIV/AIDS virus in the Republic of Cameroon will henceforth see their health situations being controlled and closely monitored by health professionals in order to help them lead a more comfortable and longer life.

This has been made possible thanks to the health unit of the Cameroon Baptist Convention (CBC) through one of its health programmes entitled “Accelerated Children HIV/AIDS Treatment Initiative,” which was launched in the town of Buea over the weekend.

According to the Head of the CBC Health Unit, Prof. Tih Pius, about 12,000 children (up from an estimated figure of 5,000 adolescents living with HIV/AIDS) in the South West, North West, Littoral, and Center regions out of the 10 regions in the republic will receive adequate treatment through the initiative by the close of 2016.

Prof. Pius told Face2Face Africa via phone that the country has been divided into zones so that the impact of the exercise and objectives could be attained.

This initiative is being funded by the Joint President Emergency Plan for Aid Relief (PEPFAR) and the Children Investment Foundation, which was created after the U.S.-Africa Summit, which took place in August 2014 in Washington, D.C.

About 10 other African countries are also benefiting from the initiative.

It is necessary for this initiative to be launched in Africa due to the fact that most countries on the continent have been plagued with a high burden of pediatric HIV/AIDS infection, low access to anti-retroviral treatment, and a large disparity between the number of adults and children who receive treatment.

Health officials of the aforementioned areas will be expected to locate the children, treat, and keep them alive.

Since 1986 in Cameroon, the leadership of the republic has expressed a strong commitment to combating HIV/AIDS: Anti-retroviral drugs are given to carriers of the virus free of charge and specialized centers have been created in the country to cater exclusively to HIV/AIDS victims.