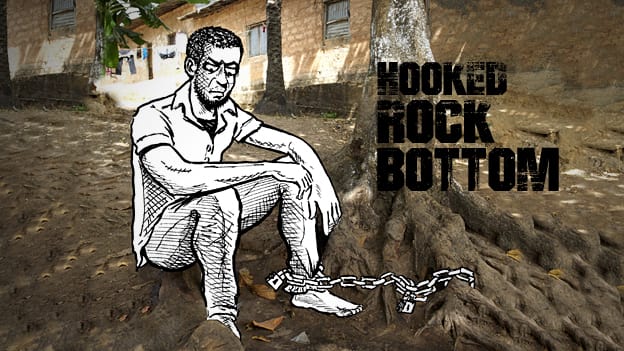 The year 2006 would mark the beginning of the South Atlantic Drug Trade reaching Guinea Bissau, after a number of fishermen found packages of white powder on an island. And while civilians weren’t initially aware of what the white substance was, it wouldn’t take long before the West African country would become known internationally as Africa’s first “narco-state” just a few short years later. “HOOKED,” an online comic strip series about cocaine addiction and its effects on Guinea Bissau’s people, follows one man’s dramatic fall from a wealthy businessman to a crack addict, after being exposed to the drug.

With the drug trade raging in South American countries, such as Venezuela, Columbia, Ecuador, Peru, and Brazil — and islands, such as Jamaica and Panama putting up stiff resistance to the establishment of drug routes in their countries — drug lords have had to look for alternate routes to continue their trade to Europe.

While drug lords would look to do “business” with Nigerians as they sought entry in to West Africa, it was the aforementioned white powder that was found on an island by fishermen that would jump start Guinea Bissau being turned into a central location for facilitating the drug trade.

The fishermen would take the powder back to their country and use it in a number of creative ways. Journalist Alberto Dabo told the Guardian, “At first, they took the drug and they put it on their bodies during traditional ceremonies. Then they put it on their crops. All their crops died because of that drug. They even used it to mark out a football pitch.”

The “mysterious substance,” though, would be identified once “two Latin Americans” arrived to buy back their product.

The real moment of truth came when two Latin Americans arrived by chartered plane, armed with $1 million in ‘buyback’ cash, which the locals gleefully accepted. The two men were apprehended by police, but released. ‘When people found that it was cocaine and they could sell it,’ says Dabo, ‘some of those fishermen bought cars and built houses.’

And the rest is history. 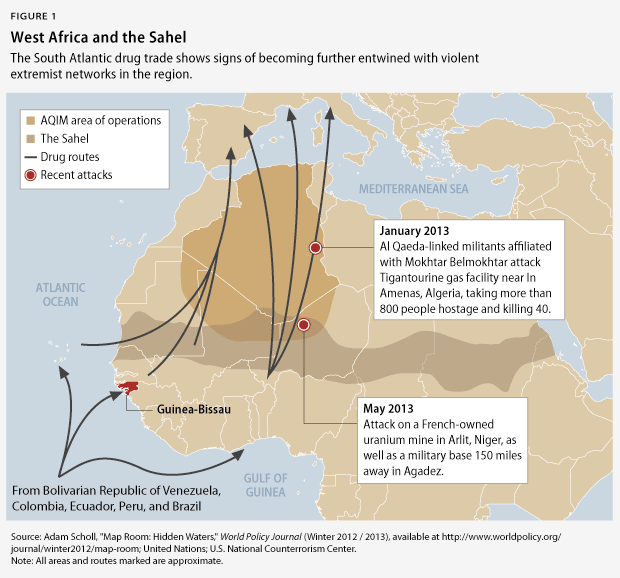 Now one report claims up to 60 Columbian drug lords live in the impoverished country with their shiney SUVs, flashy eye candy, and Hispanic-style haciendas to boot. And as shown in the above map, Islamic extremist organizations are becoming more involved in the drug operation throughout the region as well.

In new online series “HOOKED,” the experience of those affected by cocaine and crack in Guinea Bissau is brought to life with the tragic fall of “Buba” who rose to the highest echelons because of the drug and then lost it all once he became an addict.