No Nigerian household was complete without what I and my sisters (fondly?) referred to as “Grandma’s medicine.” The actual Yoruba name for it is “ogun jedi-jedi”, which according to Google is a blend of dried herbs from the Myrtaceae tree family. 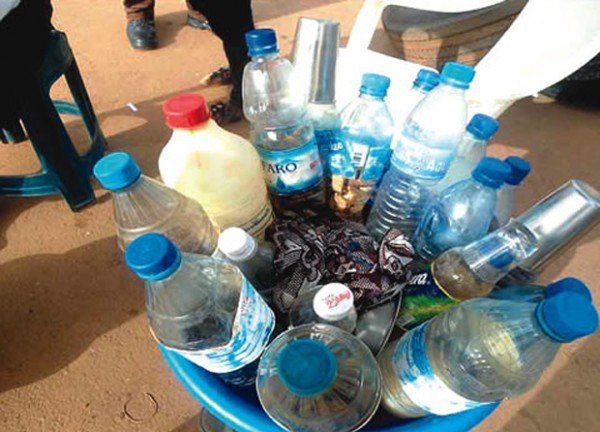 All jokes aside, it’s not uncommon for most African homes to have an array of herbal remedies. Herbalists have played a huge role on the continent for centuries, and are still heralded as the medical experts across many villages today. As a business consultant, I’ve been wracking my brain over what’s the next “big thing” for entrepreneurs to pursue, for the economic and general betterment of Africa. It seems like the answer has been in my kitchen cupboard for the past 30 years.

According to an April Reuters report, global demand for traditional medicine will equal a value of “$111 billion by the end of 2023” (USD). The report goes on to say that Africa will be the least likely to gain anything financially, due to “poor economic and political conditions.”

I took personal offence to that, but it’s probably the truth. Of course, this doesn’t have to be Africa’s destiny. It only becomes a self-fulfilling prophecy if aspiring entrepreneurs on the ground don’t attempt to disprove this point, or don’t develop creative avenues for tapping into this fast-expanding market. The demand is already there – in Africa and abroad!

However, researchers are going back and forth on this topic, which may put a dent in some plans to capitalize on this trend. On the one hand, a study reported in The Atlantic shows that traditional medicine might have played a role in the survival of primitive human species. Apparently, herbs such as chamomile and yarrow spared Neanderthals from almost certain death by traumatic injuries. Most of the article points to the use of these plants in a region near modern-day Iraq. But does this information justify the use and promotion of traditional medicine now, including in Africa?

The answer, from the British Journal of Clinical Pharmacology, would be an ironclad “no”. Based on 49 case studies (that include patients from Israel and Korea), the scientific journal says that herbal medicine dangerously hinders the effectiveness of prescription drugs used to fight cancer, blood clots, and AIDS. Techniques used to draw these conclusions were not robust (according to the UK National Health Service), but there has already been controversy over natural healers putting patients at risk over their claims of natural remedies (see Dr. Sebi and the case of Gambia, for example).

So what do I now do with “Grandma’s medicine”? As much as I support any opportunity for Africans to empower themselves, and for once not let others profit off of goods they’ve produced for so long, the answer to this herbalists debate is complicated.

Ultimately, the continent should and will need to develop dedicated, responsible, and objective experts with open minds to explore this topic further. Perhaps the focus at hand is greater investments in entrepreneurial approaches to education and training, using technology and other savvy approaches to equipping Africans with the tools necessary to contribute intelligently to the conversation. It could quite literally bring healing to Africa, physically and economically.