In 2007, the world was stunned by a proclamation from the then Gambian leader Yahya Jammeh that he had a cure for AIDS. He paraded international media to his presidential compound in Banjul where there were dozens of AIDS patients awaiting treatment from the military leader who said his concoction made from seven undisclosed plants will end the epidemic.

With television cameras rolling, Jammeh pulled out a green herbal ointment which he rubbed onto the rib cage of a patient; and then applied a grey-coloured solution on the patient’s skin; followed by a yellowish, tea-like brew which patients were asked to drink.

He said in an interview that in 30 days if the treatment continues, the patients will be completely cured, but only if they stop taking anti-retroviral drugs to avoid complications.

The proof he gave of the cure were inconclusive test results of nine blood samples of patients he sent to a lab in Senegal where it was disclosed that four had undetectable viral loads, one had a moderate viral load and three had high loads.

Jammeh’s assertion was disproved by the World Health Organisation which expressed concern about the requirement of patients to cease taking anti-retroviral drugs. This could weaken their immune systems and make them even more prone to infections.

Eleven years after this episode, three AIDS patients under Jammeh’s treatment have filed a lawsuit at the High Court in Banjul on Thursday with the help of U.S.-based charity AIDS-Free World seeking damages for harm suffered and violation of their human rights.

Ousman Sowe, Lamin Ceesay and Fatou Jatta who were among the first to join the AIDS treatment said their health worsened, while others died in the programme after they were forced to stop taking anti-retroviral drugs and drink the home-made concoctions that made them vomit.

They said the doctors and patients publicly declared that his medicines were working due to the fear of the consequences of criticising the dictator who came to power in a coup in 1994 when he was only 29 years old.

“I believe it is my responsibility to hold Jammeh to account. I knew that one day the real story would be told,” said Ousman Sowe, a former university lecturer in his 60s, who had told AP in 2007 after the treatment that: “It feels as if the president took the pain out of my body.” 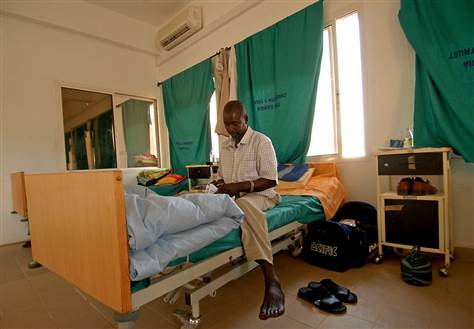 “Jammeh must pay for what he has done to us,” said Lamin Ceesay, who also said in 2007 after the treatment that, “My appetite has come back and I have gained weight.”

They told the Thomson Reuters Foundation that they lost their jobs and struggled to rent houses since their faces were showed during live broadcasts of the treatment.

This will be the first case against Jammeh in the Gambian courts since he fled into exile in Equatorial Guinea in January 2017 after negotiations following his refusal to accept the results of the December 2016 election which he lost to Adama Barrow.