Oware is considered the oldest Mancala board game in the world. Dating back centuries to ancient Africa, specifically the Ashanti tribe in Ghana, Mancala is one of the most commonly known board games in Africa, among others.

The worldwide spread is noted to be because of the slave trade that saw many Africans sold to foreign regions. They carried with them the joy of playing Mancala and played it in their free time. 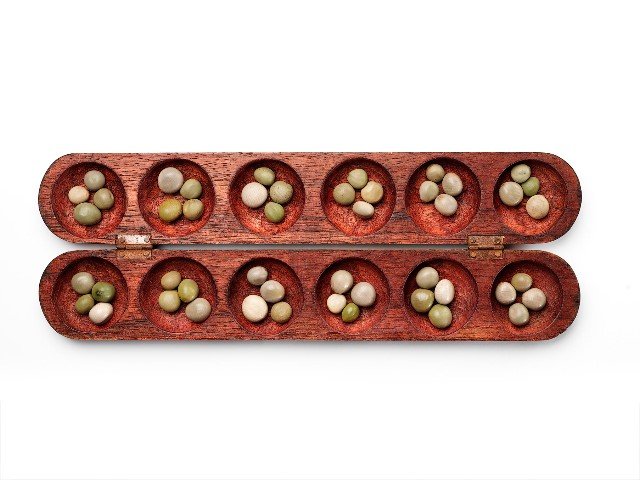 Oware is very popular in the Caribbean till date. It is believed to have been taken by slaves from West Africa and it stuck there. The word “Oware” is an Akan word meaning “he/she marries”. According to an Ashanti legend, it was given that name when a man and woman got married in order to be able to play the game uninterrupted.

Oware was also considered a game for royals and was notably played by the Kings of Ashanti and Denkyira of Ghana until it became accessible to all.

Oware is popular across Africa with other names like “Awale”, “Awele”, “Warri”, “Ayoayo” and so many others. It is played on a board with 12 pits or “houses” as they are referred to, 6 on either side. Some game boards have an extra hole on opposite sides to keep the counters. Counters, usually shells, pebbles or nickernuts are used to play and fill these houses according to the rules of the game. 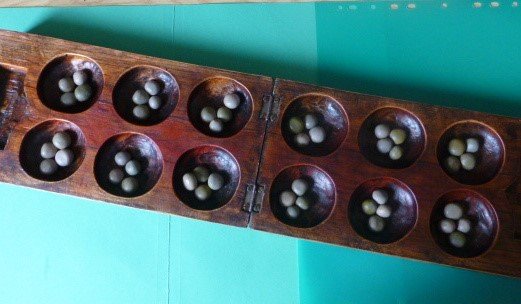 You may have heard that Oware among other Mancala games was one of the techniques employed for counting in ancient Africa.

Well, in the Caribbean, Oware was not just considered a game or sport. When men played Oware, it showed that they collectively engaged their African roots.

In Oware, among the slaves, the counters represented men and the pits represented the various sections of the plantations on which they worked. As they moved the counters from hole to hole, it was a way to communicate the next move in action for the slaves or report the happenings in different sections without uttering a word. They also used Oware as a way to plan, strategize and communicate possible escape routes and plans for the future. 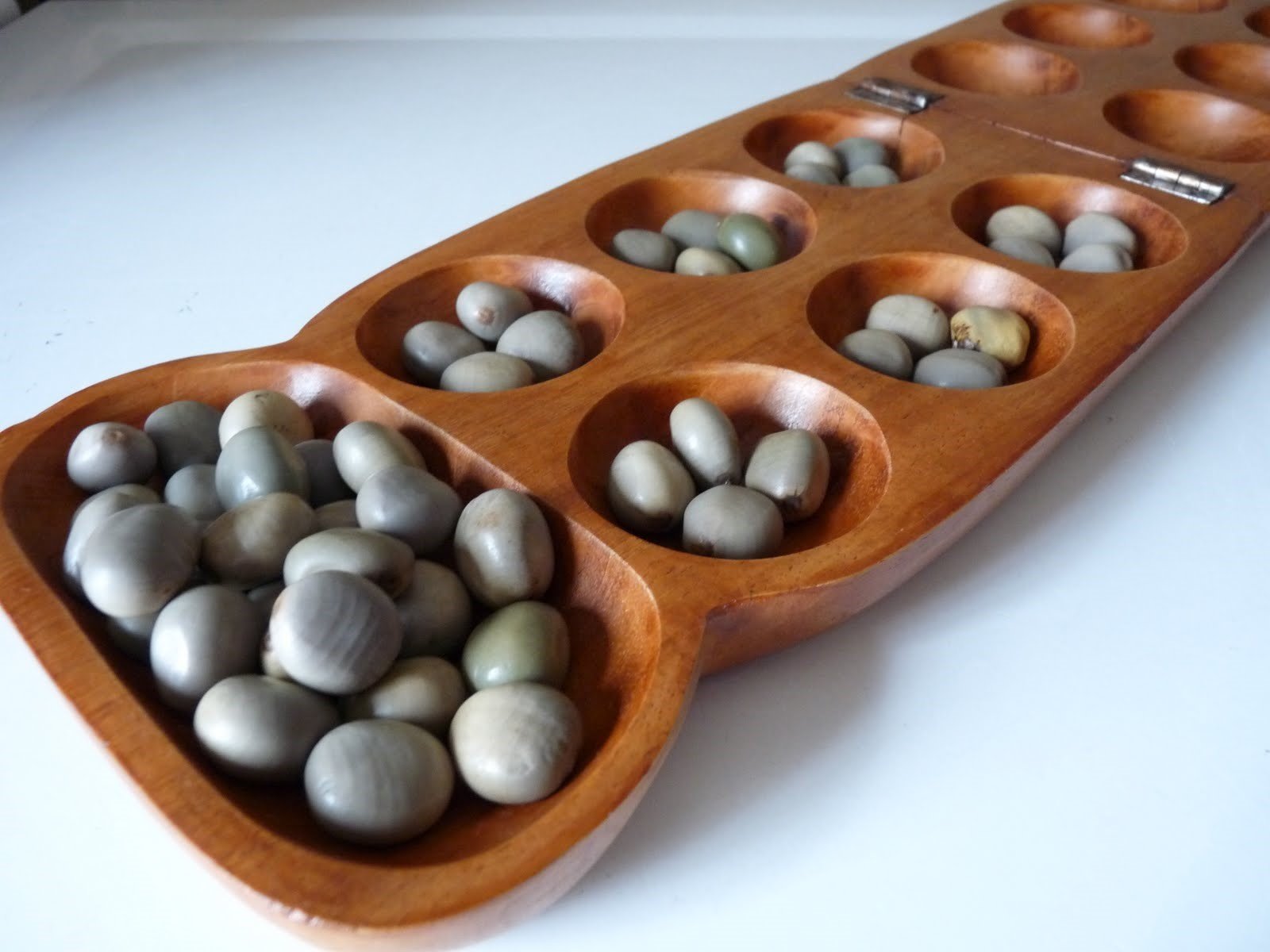 Till date, it is seen as a way to spiritually connect with the “ancestors”. It is considered a game for men because of this history. Women play the game with no deep sentimental connection, as it was merely played as a pass time for females.

Oware is still played all over the world by men, women, old and young people as a sport or pass time. In 2009, 810 students participated in an Oware tournament in Catalonia, Spain. The Mind Sports Olympiad has also categorized oware as an abstract strategy game. There is even an Oware society for all things Oware.

Oware is not so difficult a game to play. Click the link below to learn more about the game and how to play it. Have fun!