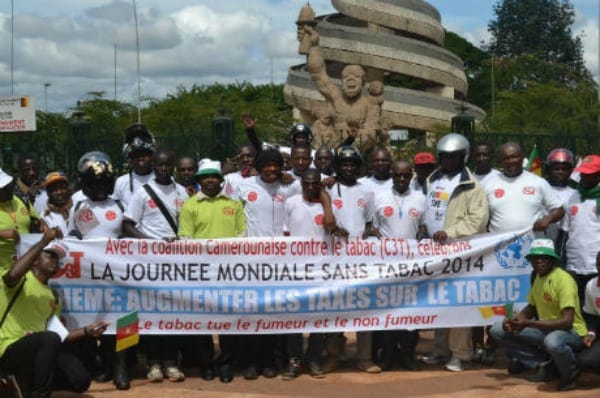 Yaounde, Cameroon (Face2Face Africa) Journalists and other media professionals in Cameroon were edified on the dangers of smoking during a press talk that was organized by the Cameroon Coalition for the Fight Against Tobacco Consumption (pictured) in Yaounde.

In order to reduce the number of people suffering from tobacco-related diseases, the head of the coalition, Mrs. Flore Yembe, used the media talk as an opportunity to remind tobacco companies to respect the 2006 law on tobacco consumption.

In Cameroon, tobacco advertisers go against the law — tobacco products should not be displayed in public places and sold to minors — and as a result, most young people are becoming smokers.

In order to counter the increased use of tobacco consumption in youths as well as other groups, 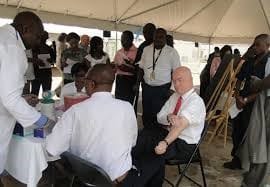 the coalition decided to include the media (pictured at right) fully so that they can facilitate campaigns intended to reduce tobacco use.

The media participants at the talk will be expected to discourage people from smoking through their daily interactions by drafting messages and producing videos to inform and illustrate to the public the dangers about smoking, which has been described as a strong poison and the most-addictive of all drugs.

Statistics from the Cameroon Coalition for the Fight Against Tobacco Consumption show that 17 percent of Cameroonians are smokers, with 28 percent being men and 8.1 percent being women.

Thirty seven percent of Cameroon’s populations are exposed to tobacco smoke in public places and family environments. Further, 44 percent of students younger than 15 years have had their first contact with cigarettes before their 7th birthday, as 23.1 percent of youths live in homes with smokers.

In Cameroon, a cigarette stick sells for about 15 to 25 Central Africa Francs, which is very affordable to young people and increases their access to smoking.