It was all pomp and pageantry in May 2017 when Kenya’s president Uhuru Kenyatta flagged off the Madaraka Express to launch the $3.8 billion China-funded Standard Gauge Railway that will shuttle 4000 tonnes of cargo and 1590 passengers between the coastal city of Mombasa to the capital Nairobi.

Little did the president and the country know that they were celebrating the sale of their liberty and dignity to the Chinese consortium China Road and Bridge Corporation (CRBC), which is managing the Standard Gauge Railway (SGR) for ten years.

It was all a sham when an eight-woman team was introduced to the public out of the 65 Kenyan and Chinese drivers as those who will take control of the locomotives. They were seen only once in their uniforms in the driver’s seat ahead of the launch and never again.

Thanks to an exposé by The Standard newspaper, the China-trained Kenyan drivers and general Kenyan employees were seen once again at the rear of the trains and at the rear of every department far from their Chinese counterparts. 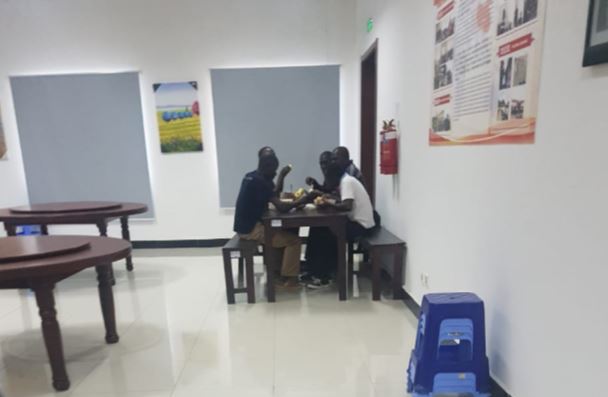 “Racism is so real here. There is an unwritten rule of where you need to sit. You cannot just join the Chinese table… You cannot board a van that drops us in the evening even if there’s only one Chinese on board. You will have to wait,” an assistant locomotive driver said. 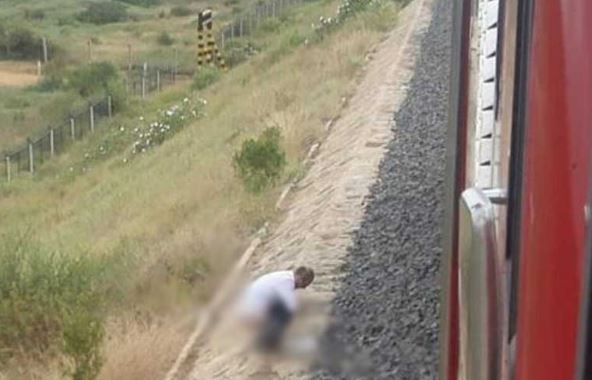 In addition, all instructions are in Chinese and Kenyan professionals are forced to clean and collect garbage at the end of the trips among many other embarrassing situations expressed by some of the staff. 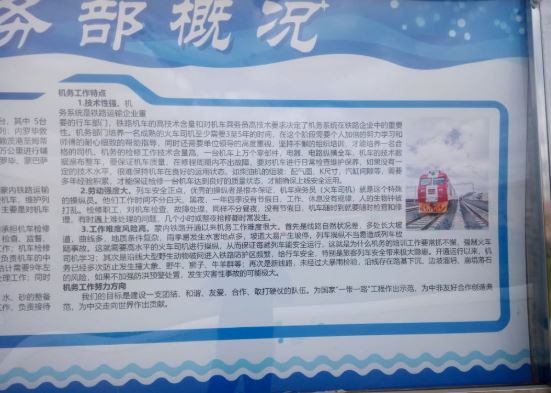 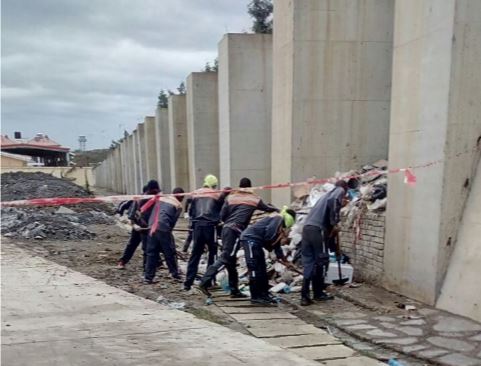 “We just sit at the back and watch. There is no actual transfer of skills that is happening here … We cannot even do troubleshooting since everything is in Chinese. The way we see it, the reason they are not open to transferring skills is that they want to remain relevant for a long time,” said an assistant locomotive driver who has been working with the company for over a year.

“We raised these concerns with Mr Maina (Atanas Maina, the Kenya Railways boss), he asked us to be grateful we have a job. At some point he asked us why we left jobs elsewhere to come and work here only to complain,” another locomotive driver explained.

Whoever lied to you that the #SGR created job opportunities for Kenyans Lied to you. No single Kenyan is working in the control room, they are all Chinese where majority of them can’t speak English. Some of the writings are in Chinese. @Maskani254 @WanjikuRevolt pic.twitter.com/TbZTcSjV0e

Efforts by The Standard to get the management of the company to respond to the allegations, including salary discrepancies and the replacement of Kenyan professionals with Chinese when it’s supposed to be the other way around, proved futile.

“We are still referred to as trainees despite more than one year working in the field. The Chinese whom we work with in the same capacity only need two weeks of the same training and they are graduated to expert level,” a Kenyan staff member said.

“At least four of my colleagues in my department have lost their jobs because of not meeting the Chinese standards. But instead of replacing them with locals as expected, their jobs were taken up by the Chinese,” he added.

Some of the Chinese standards are understanding the Chinese language as notices are written in Mandarin and gadgets are programmed in Chinese. This has left some departments without Kenyans.

“We are being forced to learn the language for fear of being regarded as incompetent. The Chinese who work in the monitoring centre or the watch room where we report faulty vehicles know zero English yet they are key to our work. Worst, No Kenyan is being trained in this section so far,” another Kenyan explained.

After the publication of the expose on Sunday, Kenya’s railway authority said in a statement on Monday that it was carrying out investigations into the allegation of racist discrimination and mistreatment of Kenyans in the company. 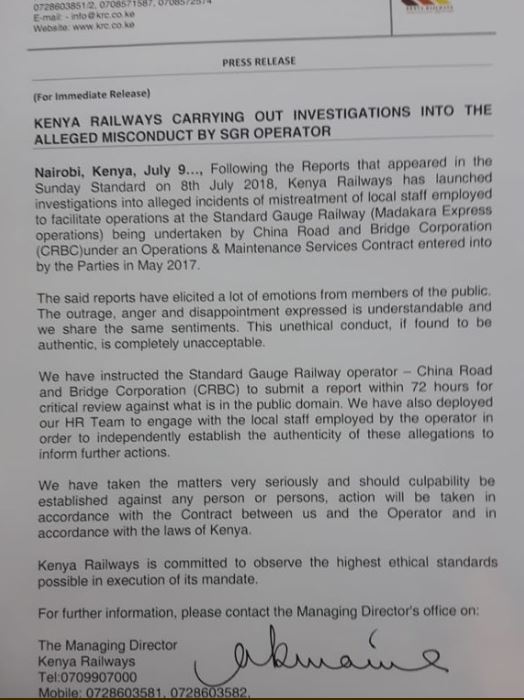 Signed by the director of Kenya Railways, Atanas Maina, who himself has been cited in the expose, the statement said the Chinese company has been given up to 72 hours to “submit a report for critical review against what is in the public domain … to independently establish the authenticity of these allegations to inform further actions.”

Before the investigation is even complete, the Kenyan government has denied the claims of racial discrimination and described it as unfounded and ill-intended. The Government Spokesperson Eric Kiraithe said on Wednesday that no formal complaint had been lodged on the matter and unnamed persons who ganged up with “unfriendly forces” will be dismissed, reports local media Capital FM.

He added that more Kenyans will be absorbed into managerial positions by 2020 if the first phase of the project is still on course. This reaction came a day after a non-disclosure agreement form was allegedly given to the Kenyan employees to sign and cease from sharing inside information including pictures to the public.

The government’s reaction is a clear disregard for the well-being of its citizens, disrespect of the role of the media and the rule of law. It is enough that Africans are racially attacked and ridiculed in China and other Asian countries, but very painful for it to happen in African countries and the leaders side with the abusers because of agreements to build infrastructure.

The Arabs are doing it and it is being condemned. Now, our allies, the Chinese, who have pledged to help Africa develop its infrastructure, are showing us their true colours at construction sites and companies in the continent.

We are already dealing with abandoned children fathered by Chinese workers who leave African countries. Now we are being compelled to accept discriminatory acts against Africans as the Kenyan government is implying. At least, they could have completed the investigations before expressing cowardice under false pretences and insulting the media’s integrity.

If you refuse to believe in the pictorial evidence shared by The Standard newspaper, then the fact that there isn’t any Kenyan driving the Standard Gauge Railway (SGR) trains since it started operating last year means racist discrimination in the company is real. We all saw the Kenyan women drivers introduced. Are they so incompetent that they can’t drive the trains anymore?

The Kenyan authorities are indeed a disappointment to its people, the African race, rule of law and democracy.

This is how Kenyans feel about the racist discrimination in the rail sector:

Wow! The SGR is just like during slavery in the USA when Africans worked on the construction sites doing all the drudgery jobs while Caucasians walked around and watched over them with firepower. Patriots must liberate Kenya from the despots.

I visited a terminus under construction last year, couldn’t believe it was illegal for locals to ride any bike or scooter but only chinese…all boldly printed and posted with stern warning to would be deviants

I have said this several times SGR is just the beginning of Chinese taking over Kenya soon there will be nothing for Kenyans we will be slaves in our own land everything will be going to China and mistreatment will be the norm and normalised. Unless we stand up united and fight.

True Kenyans are blinded by tribalism that even when you tell them facts and issues that will affect their life they can’t listen they claim victimisation or pursecution of their own. Kenyans need to be united and fight one frontier.

Whom should we hold accountable for this state of affairs? The Chinese or Uhuruto? It’s time for us to make a choice…

So sad..what a pity. What is happening is Chinese colonization

They should remove Uhuru’s picture and put Xi Jinping’s instead. It’s more fitting.

Haha and how long will this continue.. Thought we gained independence In 1963?

Dear Kenyans, as you fight the good fight to take your country back from the Chinese. I remind you, your biggest problem is not the lost jobs, but the large bill(loan) that will come knocking on your door. you might not be able to pay off and the Chinese will just take the assets

It is a huge shame to be colonized twice. This must be stopped at all costs. They are even discriminating against our own people and the government is doing nothing about it. What a pity?

sometimes we must be serious..we cannot borrow loans for better living standards of our people..but we end up importing expartriates from other countries

China is taking over Kenya…even at local level..here at the coast we even have fish from China competing with the local…in fact the gambling games found in the magongo changamwe area are spoiling youths…somebody do something in removing these gambling machines.. Plz plz plz

Since when does the slave tell his master who to hire – its their money, technology and equipment – now you want jobs? I sure hope the toilet cleaners are Kenyan… at least we can do that ama?

It is a high time we learn and speak Chinese same way we speak French including other languages. All is not lost. We can beat them in their game. Mashida ni mzuri…