A Kenyan man has been arrested and now faces jail time after he allegedly chopped off his wife’s hands and left her nursing serious neck and head injuries for what the wife says is the couple’s inability to bear children.

Stephen Ngila, 34, from Machakos County, is alleged to have attacked his 27-year-old wife Jackline Mwende with a machete on July 24, leaving her with no hands and deep cuts in the head and neck.

Speaking to reporters, Mwende said her husband had left their matrimonial home three months ago after he was positively diagnosed with infertility.

“He moved out of our house three months ago and came back on Sunday [July 24] at around 8:30pm. When I opened the door, he said ‘today is your last day’ and started slashing me with the panga [machete],” she narrated.

The culprit then fled, leaving his wife for dead. She was later rushed to a local hospital by neighbors who responded to the screams and wails.

She has since been discharged and is recuperating in her parents’ home in Kathama village, Machakos.

“I could not understand why he was blaming me, yet we had gone to hospital last year and the doctors had said he was the one with issues, which could be corrected,” she lamented. 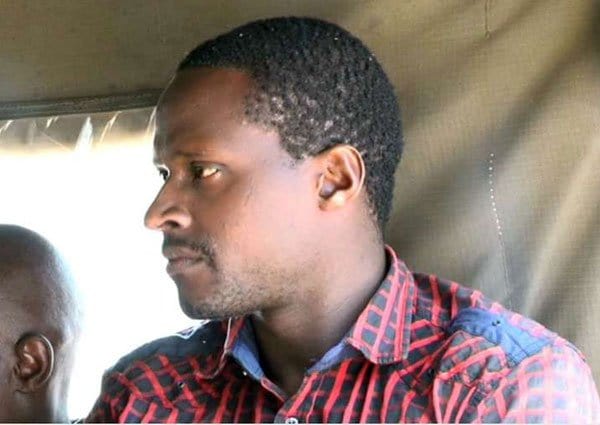 Mr. Stephen Ngila, the Kenyan man who is alleged to have chopped his wife’s hands for lack of children. Daily Nation

Mr. Ngila was arrested on Monday, July 25, as he attempted to flee his home. He was later arraigned in court and charged with attempted murder, to which he pleaded not guilty.

Ngila, who is a tailor in Masii Town, did a church wedding seven years ago and even bought land where he built a house for his family.

Villagers who spoke to the Daily Nation on condition of anonymity described Mr. Stephen Ngila as a quiet and “very good guy.”

A family friend who grew up with him told reporters that Ngila was brought up in church and has always been a cool and excellent youth choir singer and youth group member.

However, villagers realized that all was not well with the couple after Ngila left his house three months ago and stopped going to church.

Kenyan gender equality activists now want the perpetrator to face the full force of the law. Gender-based violence is quite common in Kenya, but this case has stunned many.

“He is like a brother, and hearing what he has done is beyond shock. It is unimaginable,” one of his neighbors said.