Located between the Kasai and Sankuru rivers in the southern region of the Democratic Republic of Congo is the Kuba kingdom, one of the powerful and beautiful civilizations that flourished from the 17th to the 20th century.

Migrating from the distant north to their current location in the 16th century, the Kuba kingdom was basically isolated due to their geographical location, and hence, they were largely not affected by the slave trade as several others were.

The kingdom has since the 16th century been headed by various kings who belonged to the Bushoong clan. But the one who stood out amongst them was Kot Mabiinc, the paralysed king who ruled between 1919-1939. 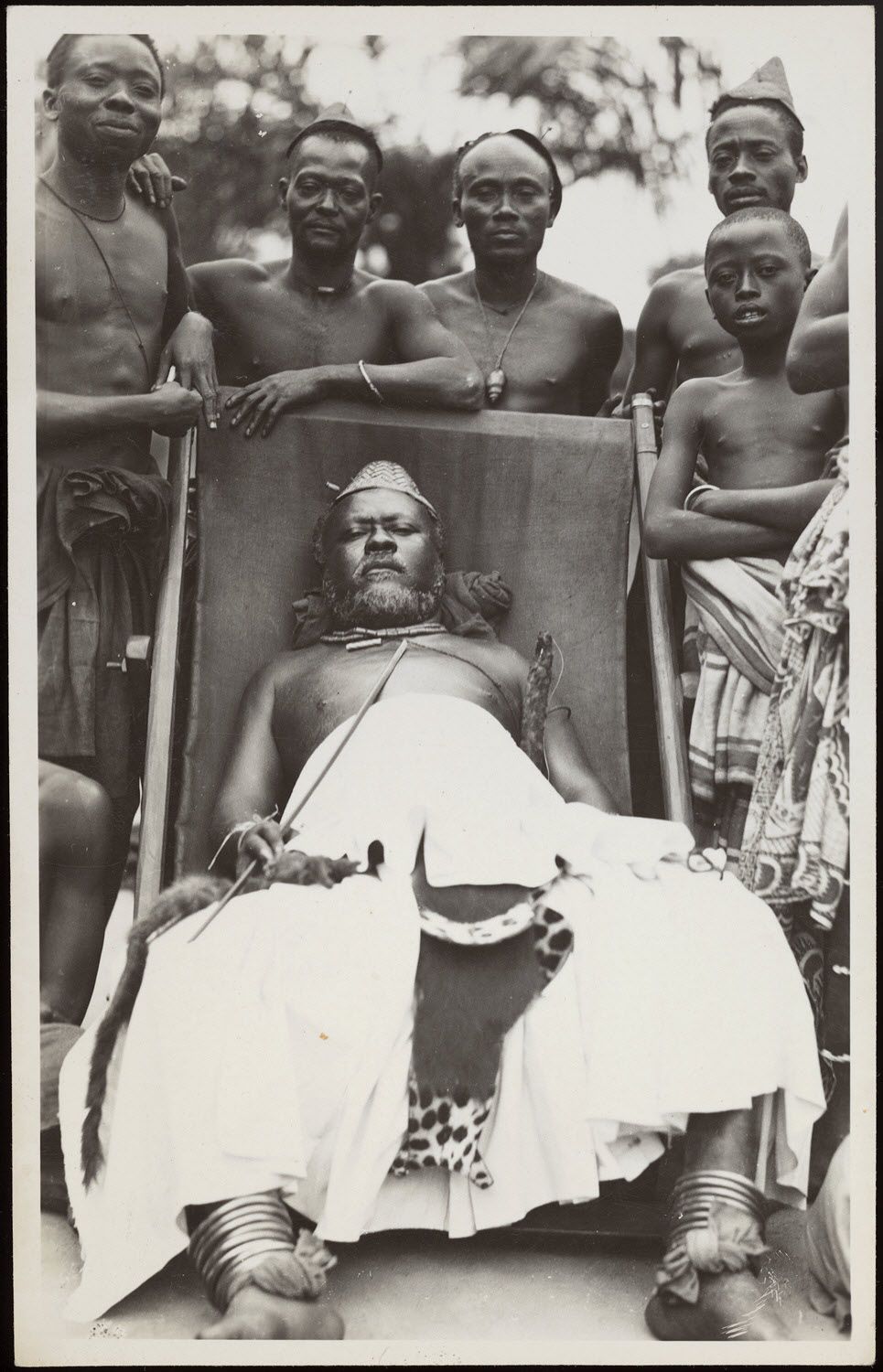 Kot Mabiinc, the paralysed king who ruled between 1919-1939 — Pinterest

According to African-American researcher, William Sheppard, the king, who was a polio victim and overweight, used a wheelchair given him by the American Presbyterian Congo Mission (APCM) to serve as a throne.

Later in life, Mabiinc professed his Christian faith, making scores of prominent Kuba men and women to follow suit at a time when several others believed in other supernatural powers such as spells and witchcraft.

One other remarkable changes he made was that he banished the idea that servants of a deceased king should be buried along with him. History says their hands and legs were hitherto cut off to serve as a cushion for the coffin.

Mabiinc indicated that sticks of camwood should be used instead.

During his tenure also, the Kuba kingdom made up of other tribes such as the Ngeendes, the Ngongos, the Shoowas, the Bieengs, and the Ngombes, developed as one of the artistic peoples of Africa. 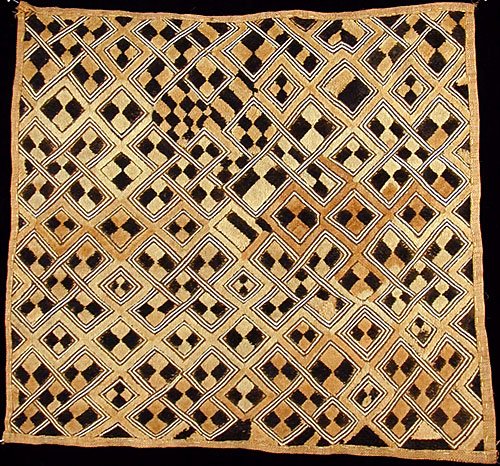 Apart from benefitting from advanced techniques from neighbouring peoples as well as New World crops introduced from the Americas, such as cassava, maize, tobacco, and beans, Kuba became very wealthy, which led to great artistic works being commissioned by the Kuba nobility right from the 1900s.

As German historian Leo Frobenius put it: “in 1906, when I penetrated the Kasaï-Sankuru territory, I found again villages of which the main streets were edged on each side with four rows of palm trees for several feet and of which the decorated huts, each in a charming way, were artworks as well.

“No man who did not wore sumptuous iron or copper weapons, blade inlaid with the handle covered with snakeskin.

“Each cup, each pipe, each spoon was an art object perfectly worthy to be compared to the European Roman style creations…” 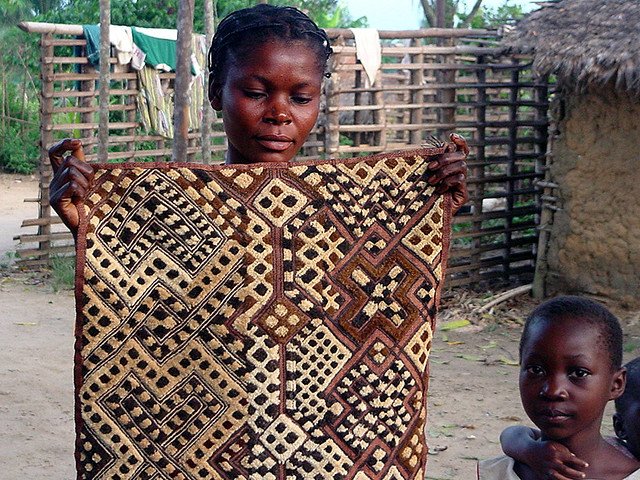 Known for their beautiful textiles made of vegetal fibres, raffia, bark and palm tree leaves, Kuba, till date, has evolved into the most artistic and highly technological indigenous cloth makers of Africa.

Women continue to employ distinctive hand-stitched embroidery or cut pile techniques to embellish the plain cloths that were traditionally woven by men. 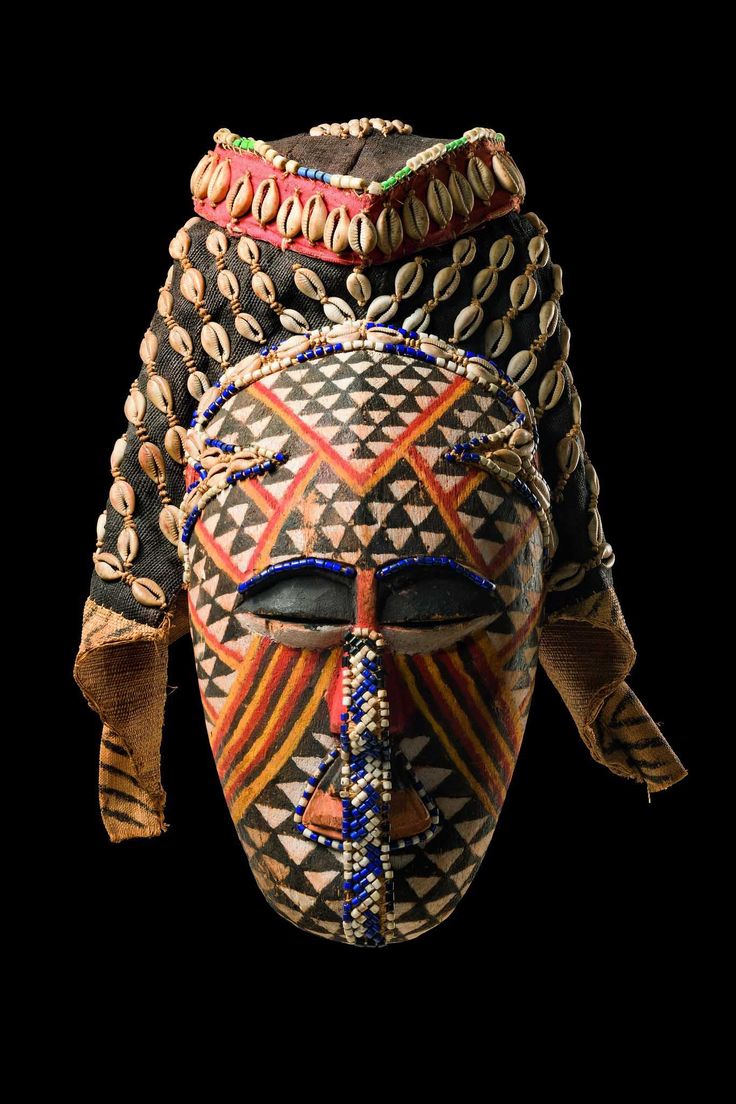 These special objects are often traded to surrounding areas and prized for export. 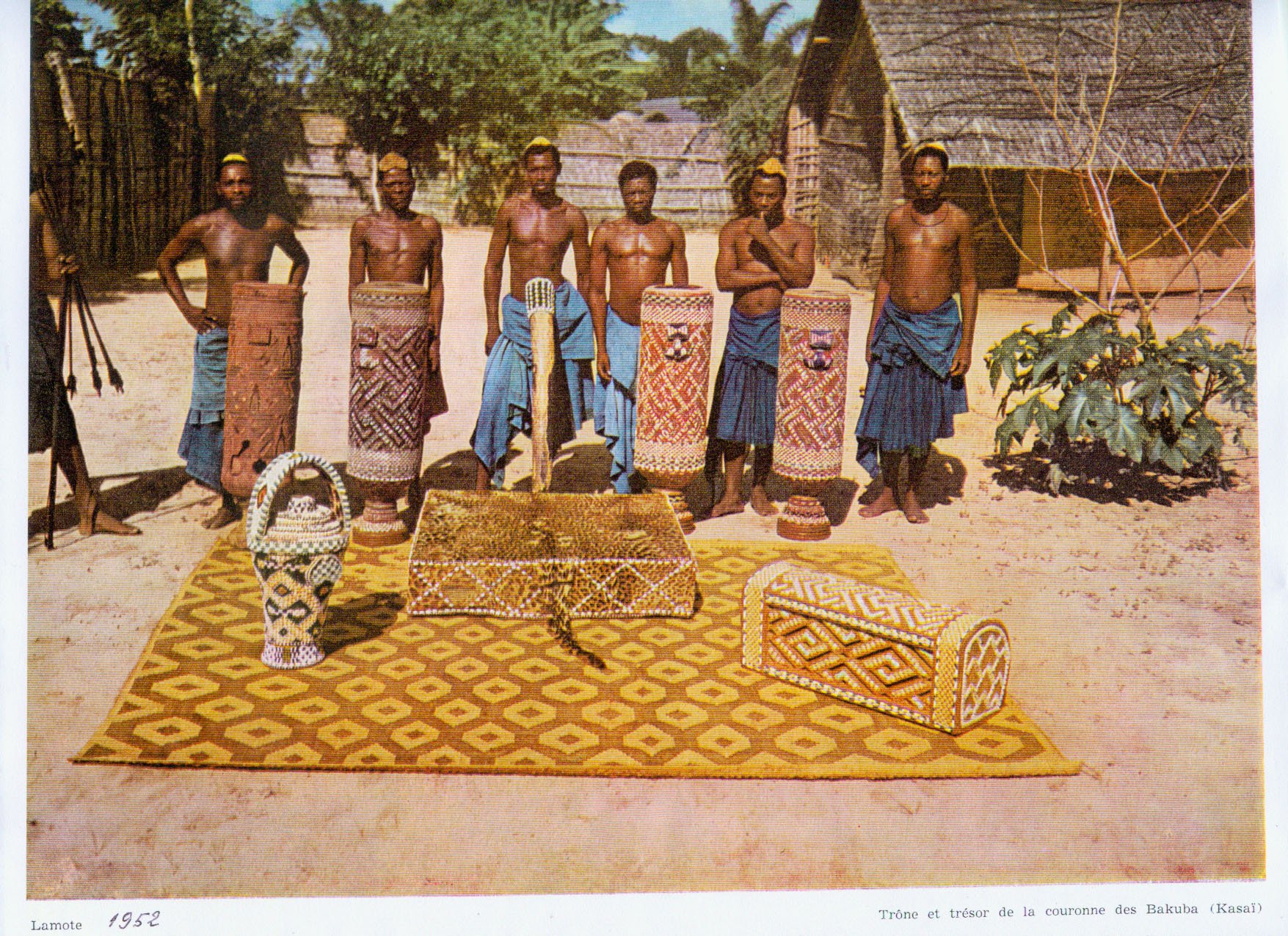 It is documented that due to their rarity in the West, Royal Kuba textiles and artifacts are highly sought by western collectors.