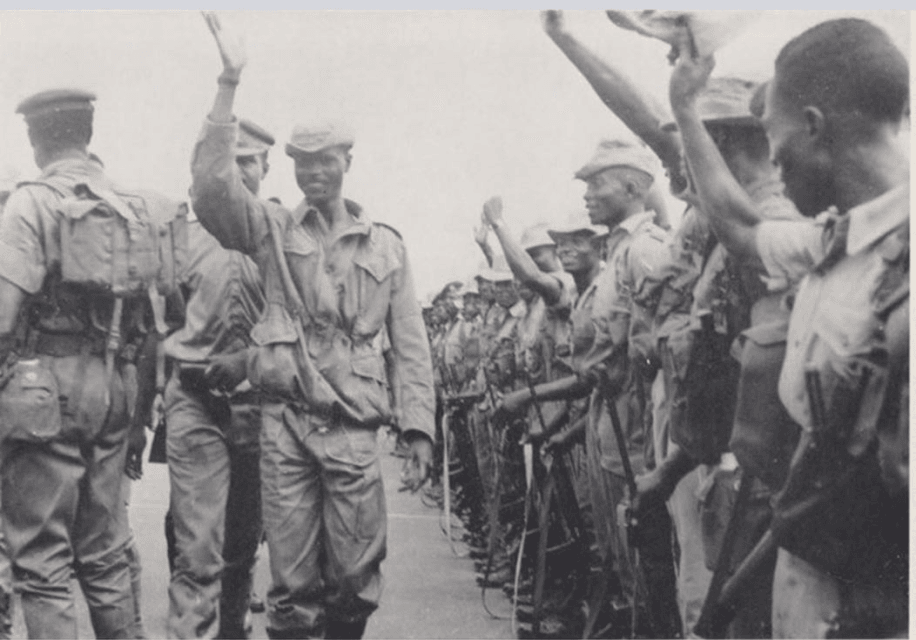 On Being Overthrown
“Unfortunately, the “preparations” for independence had not included the training of anything like sufficient officers or even NCO’s to make it possible for me to choose on political grounds who should be promoted. There were, in fact, insufficient soldiers with the necessary training or qualifications to fill even half the positions left vacant by the departing British. In order to have an army at all, I therefore had to accept what existed even though I knew the danger of this course. In fact, the most efficient of the British trained Ghanaian potential officer class were the most neo-colonialist. One or two of these I might pass over on this ground, but in general, if I was to have an army at all, I had to accept the framework bequeathed to me and an officer corps which contained a high proportion of individuals who were either actively hostile to the C.P.P. and myself and who were anti-socialist in outlook.”