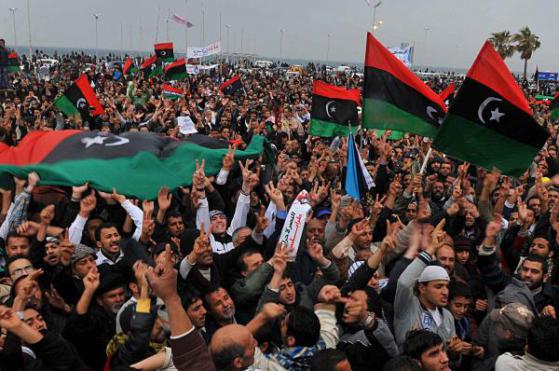 It is exactly two years when Libya took the world by surprise in a revolution that ousted long time leader, Muammar Gaddafi.  As the country celebrates the second anniversary of its revolution, citizens are still questioning the stability and progress of the country, and where it is headed.

Libya remains torn with its security in question due to the absence or implementation of laws and legislation that holds people accountable.

Calls for a “new revolution” are echoing across the country, with some citizens suggesting that the country took off on the wrong foot since its revolution and must embark on a new one to bring peace and stability.

"Unfortunately, in the anniversary of our glorious revolution, those who suffered under the former regime are still suffering, and marginalisation is on-going," said Tarek al-Sahati, 26, an employee at Hatif Libya. "Sadly, the country is still overwhelmed by chaos due to the absence of laws that would hold to account those who make mistakes and deter those who try to undermine the state's security. We want laws and legislations, and then everything is supposed to become organized," al-Sahati continued.

Libyan citizens are concerned about the country and are urging the government to pick up the pace in bringing security and providing a clear vision for the future.

"The country has an urgent need for security, as without it, there can be no stability, building, or development, and the condition of our country and citizens will get worse," al-Raqie said. "This is what we miss now in some of our areas, especially in Benghazi, the cradle of the revolution."

Libyans are calling for the assistance of the international community in activating the pace of security in their country.

Some insiders however, are saying that perhaps these are signs that Libya’s revolution was a little premature. Do you agree?