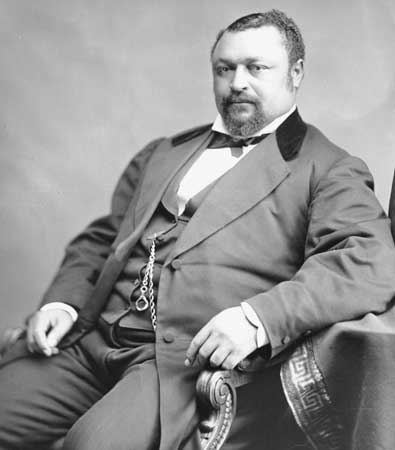 He was the first African American to serve a full term in the U.S. Senate, representing Mississippi as a Republican from 1875 to 1881. As a senator, Bruce, born enslaved in Farmville, Prince Edward County, Virginia, not only spoke up about civil rights of African Americans and Native Americans and argued for political reforms, levee systems and railroad construction, among others. 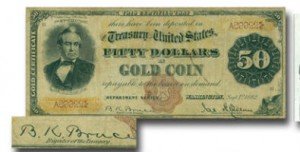 After his term ended, the successful banker was appointed to three posts by Republican Presidents. In 1881, President James Garfield named him Register of the Treasury, a post he held until 1885. This made Bruce the first African American to have his signature featured on U.S. paper currency.