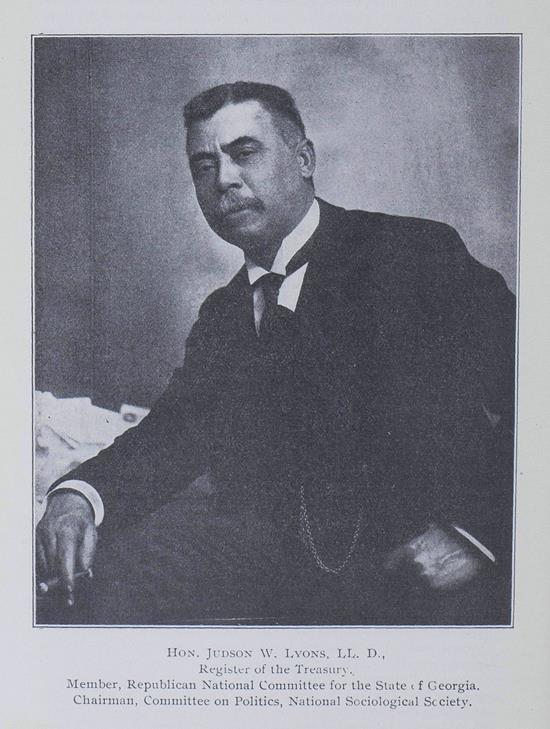 He was Georgia’s first African-American Attorney and the second black person to be appointed Register of the Treasury. Growing up, he made some money for his tuition by teaching African American women who attended night school.

Lyons later worked for the Internal Revenue Service briefly and went to Howard University Law School where he received his law degree in 1884 and was admitted to the bar the same year, becoming Georgia’s first black attorney.

At the age of 20, he was the youngest member of the Republican National Convention in 1880. By 1898, Lyons had been appointed the Register of the Treasury by President William McKinley. As such, his signature appeared on many notes during that period including the first $10 “Bison” notes and each of the first Series 1899 Silver Certificates. He served until 1906.