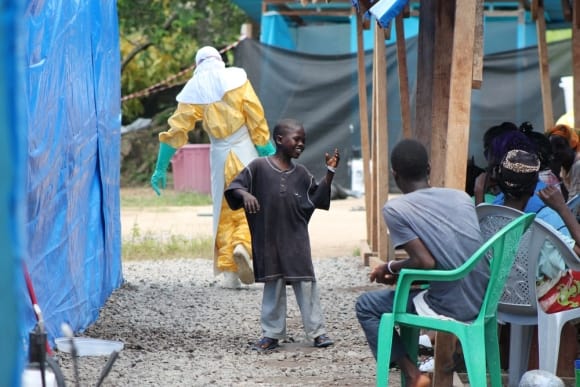 This week, Doctors Without Borders released video of 11-year-old Mamadee dancing in an Ebola health facility in Foya, Liberia.

What is so special about Mamadee?

Mamadee would manage to keep his spirits up through dance — delighting others — and ultimately bringing his body to a full recovery from the deadly disease.

Referred to as “The Boy Who Tricked Ebola,” Mamadee can be seen dancing to the hit “Kukere” by Naija artist Iyanya as others look on, occasionally laughing at his movements.

According to Doctors Without Borders, Mamadee entered the facility dancing, and two weeks later, he continued to keep his — and others’ — spirits up with his vibrancy and joy.

And even after his sister was admitted and died, Mamadee kept dancing…until he received his “Certificate of Discharge,” giving him his official seal of good health.