“I haven’t always enjoyed exercise. In fact, I didn’t set foot into a gym until I was 56. I was always too prissy to work out – and you couldn’t get me away from chocolate cake.” says 81-year-old Baltimore, Maryland native, Ernestine Shepherd who told her story to Lisa Harvey and published on BBCThree.

A far cry from the lifestyle she leads now. What prompted her change? “The year I turned 56, my sister Velvet and I went shopping for swimsuits. Neither of us had worn one for years. We looked in the changing room mirror, and made a pact to get in better shape.” 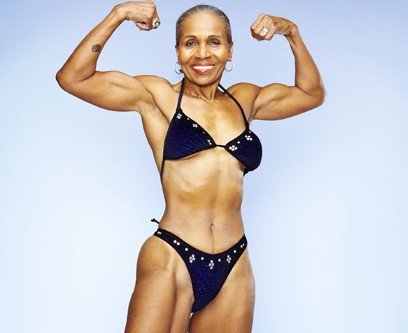 Shepherd and Velvet started off with aerobics.  Then they started bodybuilding. Soon, Velvet was setting her heights higher, “We should try and get into the Guinness Book of World Records as the oldest bodybuilding sisters in the world!” 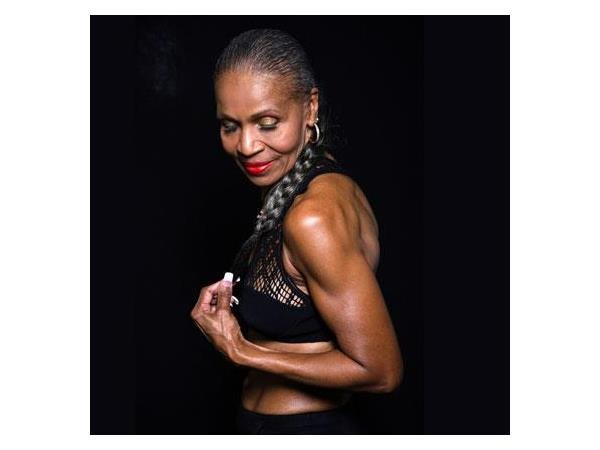 Shepherd decided she wanted to honor her and her sister’s pact. She contacted the former Mr. Universe, Yohnnie Shambourger for his guidance.  They met a few times prior and she shared her goal of entering the Guinness Book of World Records; she asked if he could help.  Shambourger cautioned “Yes, but you have to go on a long journey: do you plan to hang in there?”

At the age of 71, Shepherd won the first bodybuilding contest she entered.  Subsequently, Shambourger was contacted to confirm Shepherd’s title of the oldest performing women bodybuilder.  They were both invited to Rome where Shepherd received a medal and certificate.  “I’ve done what you wanted, Velvet” Shepherd emotionally said as she spread her sister’s ashes in Rome.

Shepherd has appeared on numerous television appearances, ran nine marathons, and entered seven additional bodybuilding competitions.  In 2011, she made an appearance in Ripley’s Believe it or Not! Book, Granny’s Six-pack. She’s even had a conversation with Oprah and discussed her health habits.

Her daily mantra? “Determined, Dedicated and Disciplined.” Shepherd also uses her experiences to encourage, advise, and offer weight-lifting tips to other bodybuilders.  “I get invited to do talks all around the country and I organize a community walk once a month where 100 people, including lots of senior ladies, come out to join me.” “They help me too, though. I always say I am nothing without the love of people.”

In 2012, Edith Wilmer Connor became the oldest female competitive bodybuilder in the world. This hasn’t deterred Shepherd a bit.

Shepherd although not professionally competing, still lifts 115 pounds.  “I can lift 80lb with the pull-down machines.” She adds.

Shepherd will continue on her path as long as it doesn’t negatively affect her health.  “I have a doctor keeping an eye on me and at my annual checkups, he tells me to continue what I’m doing – and I will, for as long as I can.” Her diet consists of a glass of liquid egg whites; whish she drinks morning and night, a handful of walnuts, oatmeal, four egg whites after her daily run. She eats three times after her two breakfasts and her meals may include chicken, tuna fish or turkey with a baked sweet potato, white potatoes, mixed vegetables or brown rice. She makes sure to drink lots of water. “I don’t want to eat junk food: my ‘treat’ is un-sweetened jelly” she explains.

What’s next on her bucket list? “To meet Sylvester Stallone.” “I want to be able to touch his hand and tell him how much he has inspired me.”

Velvet is always at the forefront of her mind.  “I often wonder how Velvet would feel knowing that I have done all the things that she wanted.” “I like to think she is looking down on me with pride.”