Asha Mandela often carries her hair in a handbag to stop it from trailing on the floor, and when she wears them loose, all eyes are definitely on her.

The Florida woman and native of Trinidad-Tobago has earned the name “Black Rapunzel” because, since 2008, she has been owning the Guinness World Record for “World’s Longest Dreadlocks.” 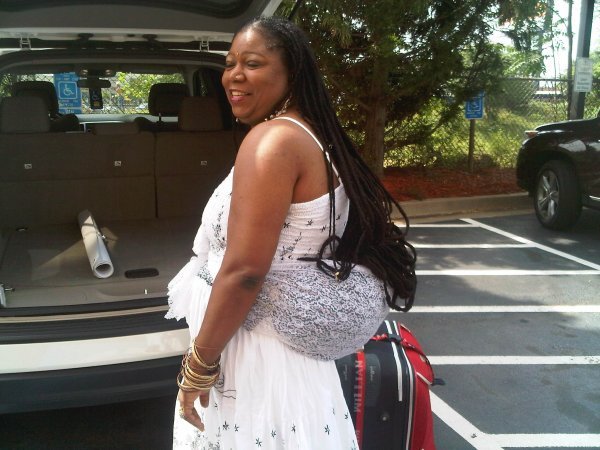 Her dreads measure a lengthy 55ft, longer than a London bus, according to reports.

Mandela first started growing her locks in her late 20s, after she moved from Trinidad-Tobago to New York and thought of having a more natural hairstyle.

“When I first started, it was more of a spiritual journey — It wasn’t anything to do with a fad or style in fashion,” Mandela was quoted by the International Business Times in 2013.

“After 25 years of growth, my hair has really become part of me and I feel that if I ever cut my hair I’d really be taking away my life.” 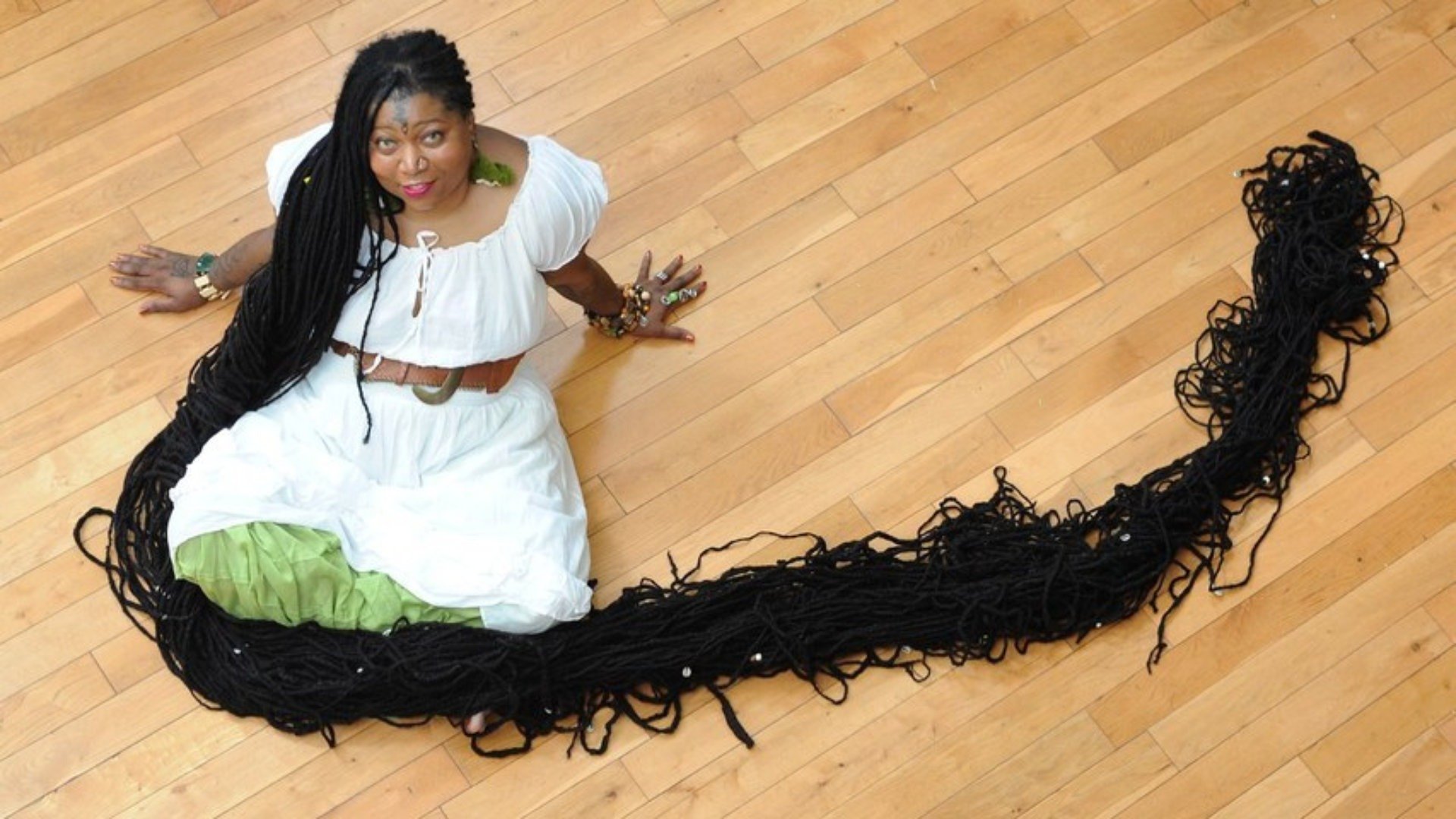 In her late 50s, the mother of one, however, admitted that achieving this feat has not been easy, as, in order to maintain her locks, she has to wash them once a week, using up to six bottles of shampoo for one wash.

The dreads, which weigh over 25 pounds when wet, will now take two days to dry.

Doctors have always been concerned about the weight of her hair, she said, as she has had to overcome two strokes and two heart attacks.

“The doctors seem to think I have a curvature of my spine and that it’s the length and the weight of my hair that’s making me curve,” she said.

“Some have said my neck has collapsed at the back and that I need to be careful because I could start having spasms in my spine and probably be paralyzed.” 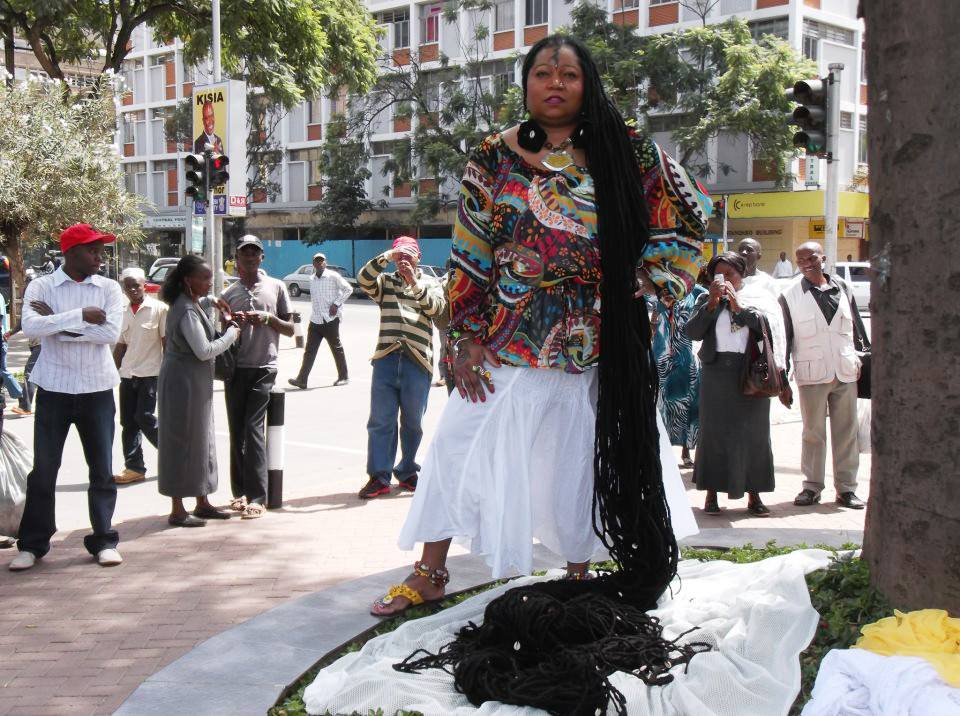 Nevertheless, Mandela has no thoughts of cutting her hair, as that “would be equivalent to suicide.”

“It would be like being a zombie,” she said.

Mandela, who owns her own hair product business, believes her locks have even spiced up her love life.

In 2016, it was reported that she had found a new husband named Emmanuel Chege, a qualified hair stylist from Kenya. 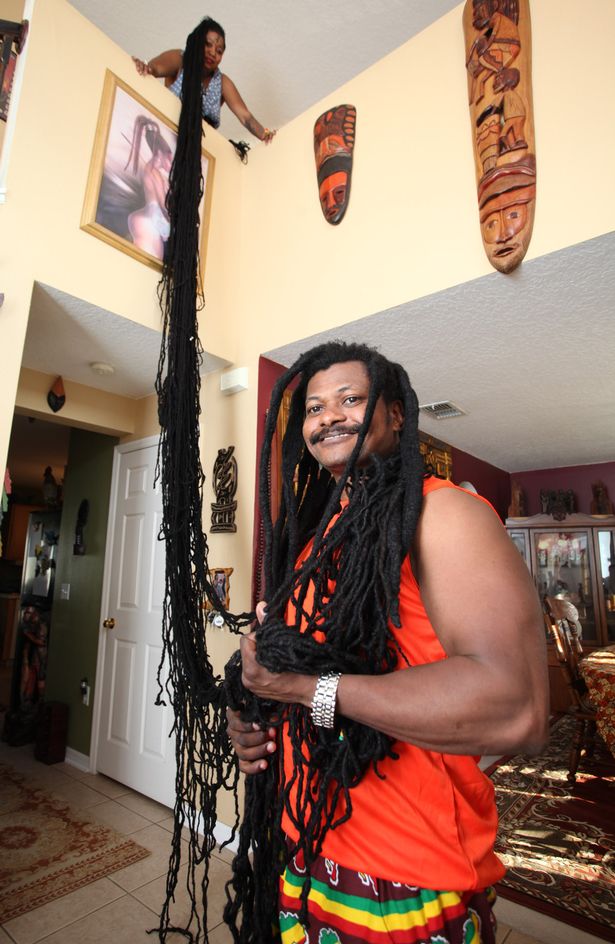 Chege, who is also growing his own dreadlocks and hopes to become the male record holder, had always been checking out Mandela’s hair from afar, he said in an interview and is surely excited to have married her.

Being in the hair-styling business for more than 15 years, Chege helps Mandela groom her hair and even trains her at the gym to strengthen her back muscles. 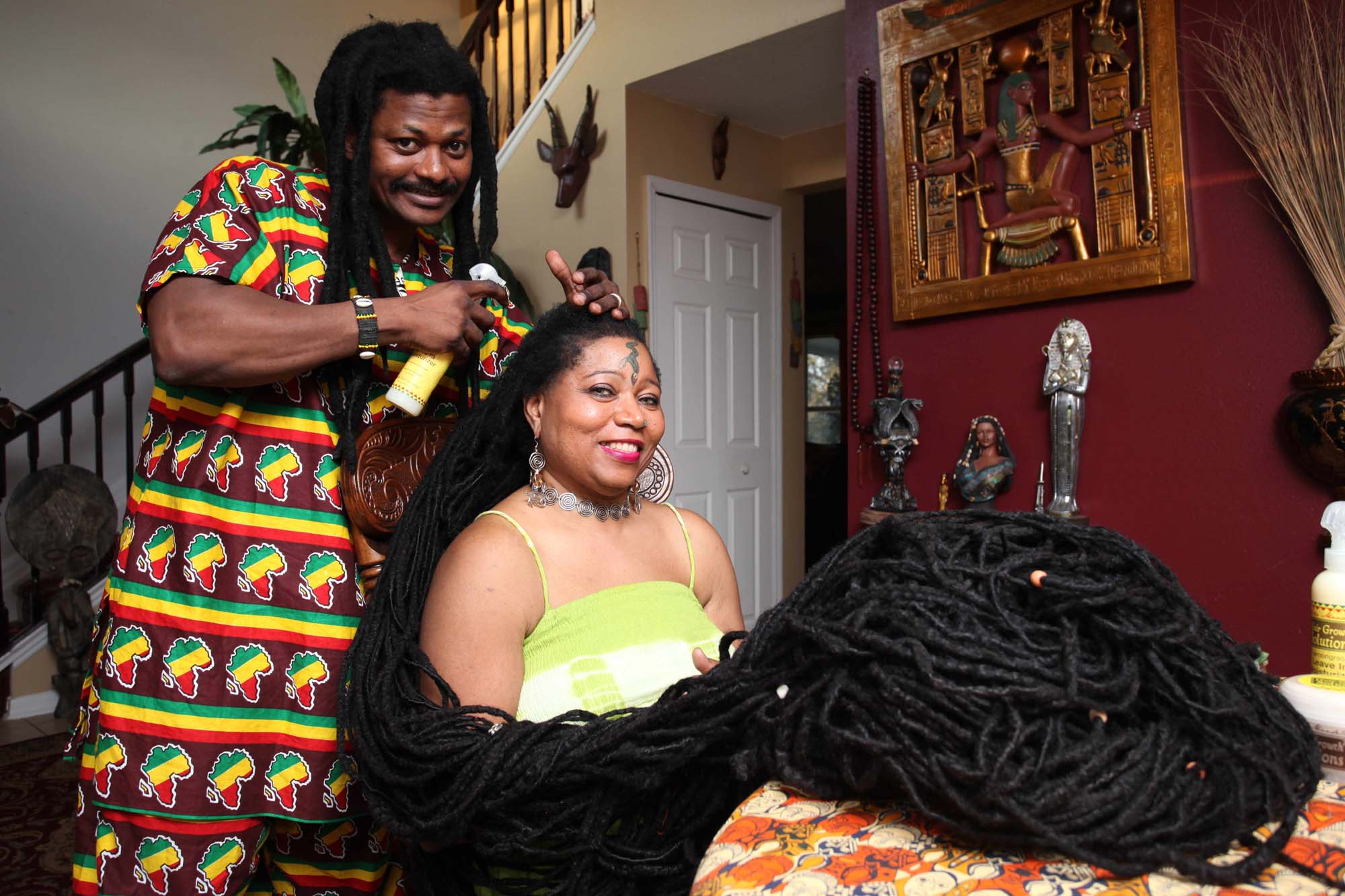 Even though the couple will admit that the locks can sometimes be a burden, they believe that the advantages that come with it are far greater than the disadvantages.

Watch a video of Asha Mandela below: