Play a piece to the blind autistic black pianist for the first time, and after one hearing, he will play it back to you. That was the sort of astounding memory the blind and autistic music genius, Thomas Wiggins, possessed.

At the age of 5, he wrote his first composition, “The Rain Storm.”

Wiggins has been described as one who could have been one of America’s greatest musical prodigies but for the fact that his accomplishments were largely neglected.

He was born a slave in Harris County, Ga., on May 25, 1849, to Mungo and Charity Wiggins, slaves on a Georgia plantation.

His parents and two brothers were sold to James Neil Bethune, a lawyer and newspaper editor in Columbus, Georgia the following year.

Though a slave, Wiggins, otherwise known as Blind Tom, was not able to work on the plantation owned by Gen. Bethune due to his condition. He was, therefore, given the chance to move around freely and observe his surroundings.

At that point, his only sign of human intelligence was his interest in sounds, and as already mentioned, his ability to mimic them. 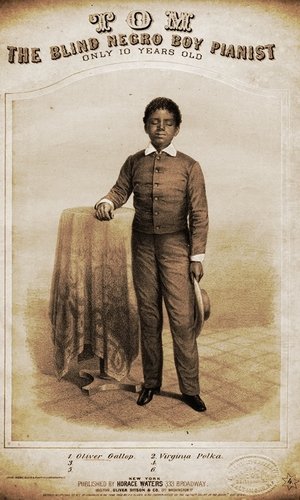 Blind Tom later got enthralled by the piano after listening to Bethune’s daughters go through their piano lessons.

When he was given access to the keyboard, he stunned the family as he was able to reproduce pieces from his memory exactly as he had heard them play a single time.

After realizing the young boy’s talent, the Bethune family moved him into the family home, gave him a room and a piano to practice. Each day, he played pieces from the piano for so many hours.

In 1859, at the age of 10, Blind Tom Wiggins became the first African American performer to play at the White House when he gave a concert before President James Buchanan. 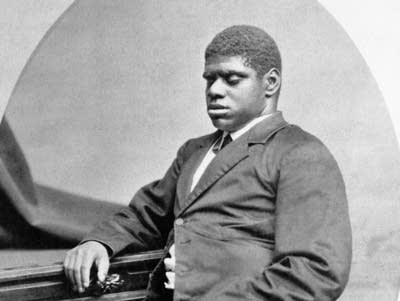 As he grew older, he was loaned out to concert promoter Perry Oliver, with whom he toured the country.

For someone who was not able to take care of himself, couldn’t communicate his own needs and usually spoke in the third person, Blind Tom soon became an internationally recognized performer.

He was compared to big composers like Ludwig van Beethoven and Wolfgang Amadeus Mozart, and was known to gross $50,000 a year in concert revenue.

By 1863 he played his own composition, “Battle of Manassas,” which perfectly blended in with other songs during the Civil War.

In 1905, Blind Tom Wiggins gave his last performance and passed away three years later on June 13, 1908, when he was 59 at his manager’s home in Hoboken, New Jersey. 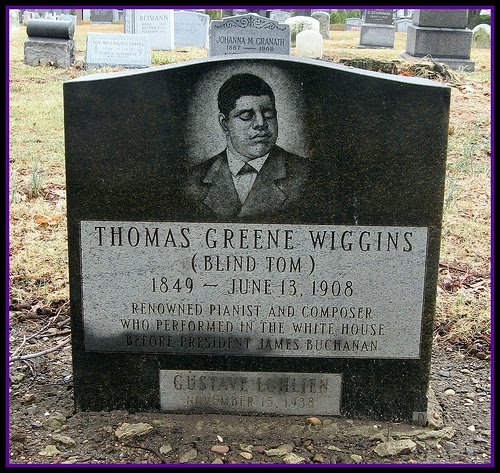 Despite his accomplishments and being the highest paid musician in his time, the musical prodigy died a pauper. His original recordings are also nowhere to be found. Even though his sheet music is available, only a few musicians have ever recorded his original songs.

Nevertheless, it is ideal not to forget the musical legacy that this genius left behind in spite of his disability and challenges.