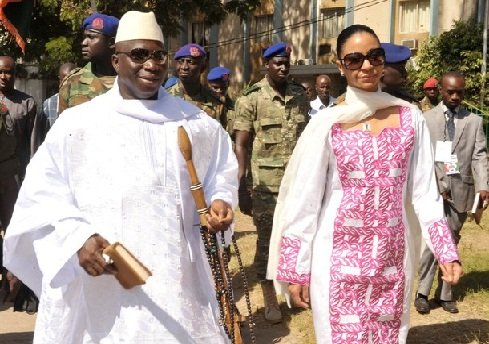 Jammeh and his second wife Zineb

Former Gambian president Yahya Jammeh, who was ousted by a West African joint force in 2017 after refusing to accept election defeat, is a polygamist.

The dictator divorced his first wife Tuti Faal in 1998 after four years of marriage and then married Zineb Jammeh in the same year.

In 2010, he married Alima Sallah who was believed to be 18 at the time. He divorced her after a year of marriage following a strained relationship with his first wife.

It cannot be independently verified if he married a 22-year-old Ghanaian called Nora in 2012, as widely reported by Ghanaian media.

After over 20 years in power, Jammeh was exiled to Equatorial Guinea with his family after he was guaranteed immunity.