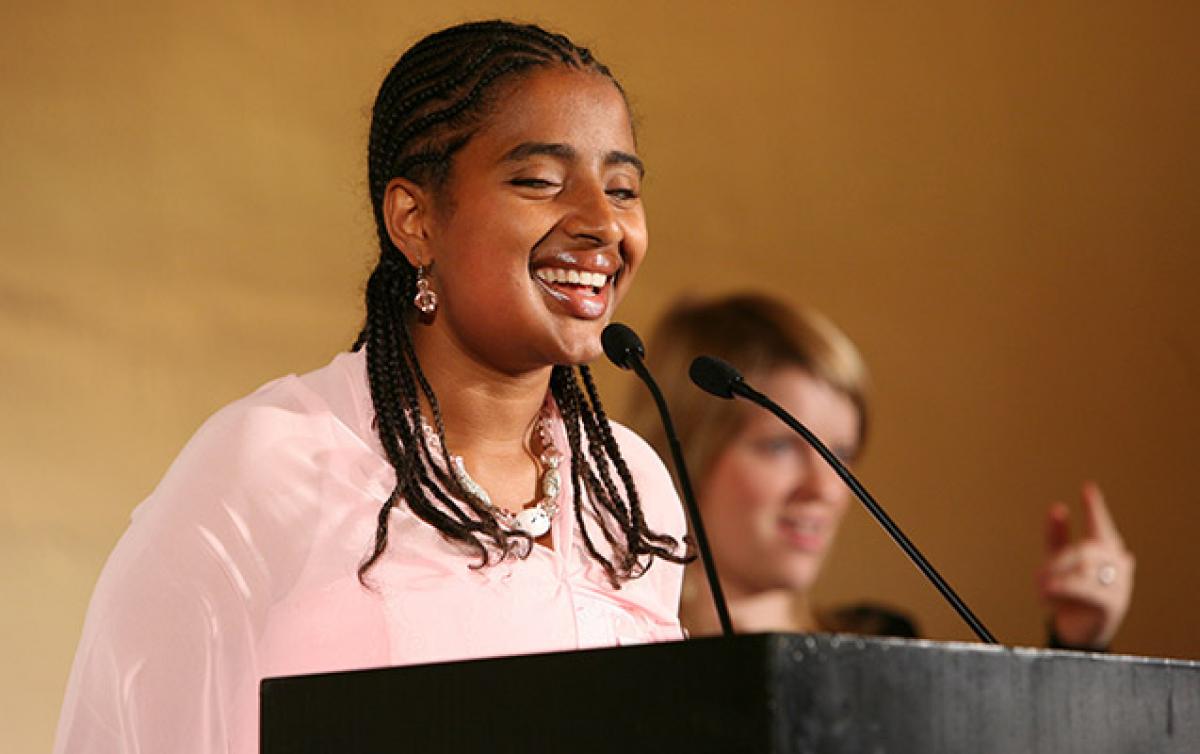 Yetnebersh Nigussie is a human rights lawyer — Light for the World

The female Ethiopian lawyer went blind when she was five years but education became a turning point in her life. Her parents enrolled her at the Catholic boarding school for girls with disabilities in the Ethiopian capital, Addis Ababa before becoming one of three women to study law at Addis Ababa University in 2002, where for five years, she had to transcribe audio recordings of her books to facilitate her studies.

Nigussie has since helped establish the Center for Students with Disabilities at the Addis Ababa University and the Ethiopian Center for Disability and Development (ECDD).

The wife with two daughters was awarded 3 million Swedish crowns ($374,000) which were shared among the three joint winners.

Nigussie speaks on closing the gender data gap and on how to include age, disability and other exclusion factors in 2017 in the video below: