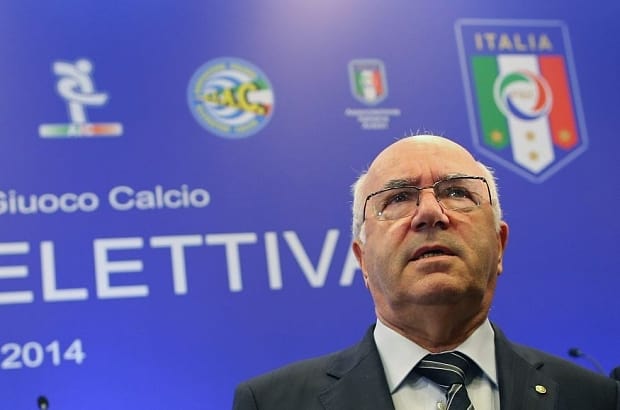 Carlo Tavecchio‘s (pictured) election as Italian Football Federation president has sent shock waves throughout the football community due to his recent racist comments that have many thinking he is the wrong man for the job. 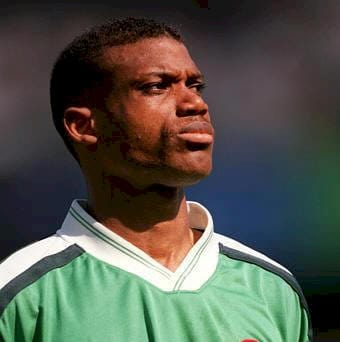 Prominent among them is ex-Nigerian International Sunday Oliseh (pictured at right), who played in Italy for Reggiana and Juventus.

Oliseh told BBC Sports, “To have someone elected who would make such a comment sends a message: ‘We don’t care.'”

He added, “That he won the majority of the votes makes you question if this opinion is only his or whether it is also the opinion of the general public in Italy.”

“For years, Black payers have had to fight against racism just to ply their trade, and it is a situation that is out of hand, [and] when the Italian Federation elects a man who makes these racist comments you have to think that it is unlikely Black people would be employed by that organisation and that is a shameful thing.” 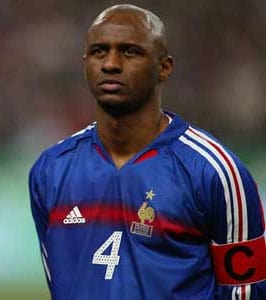 Former French international Patrick Vieira,(pictured at left) who is of a Senegalese origin, is also appalled by this “development” in Italian football wrote on Twitter:

For me, that shows how far away the Italian football authorities are from dealing with discrimination. 63.63% of those that voted are admitting that they aren’t fighting against racism, or that they don’t want to fight these problems. I played in Italy for years so I know the issues, I saw the issues.

“If an Englishman had said this, he would be out,” said Vieira.

This decision was made in football, but I think it is bigger than football. It should make the whole country of Italy look at the message they want to send about what they think about racism. “I can’t believe he will represent the Italian Football Authorities. What a shame.

I’m finding it really hard to believe that Carlo Tavecchio has been elected as president of the Italian FA after the comments that he made.

Italy has been embroiled in racism for while. This past May, Atalanta football teams in the country were fined by FIFA for throwing bananas at AC Milan defender Kevin Constant.