Michelle Williams, formerly one-third of Destiny’s Child has had her fair share of challenges spotlighted in the media.

Williams has been the butt of countless jokes thanks to mishaps during performances of DC3 during their heyday. She has had many laughs directed towards her but she hasn’t been deterred.

Now, we get to view Williams and her fiancé Chad Johnson as they traverse married life and other issues on their new show “Chad Loves Michelle.”

Drama is what interesting reality shows are made of and there seems to be some brewing on the show. 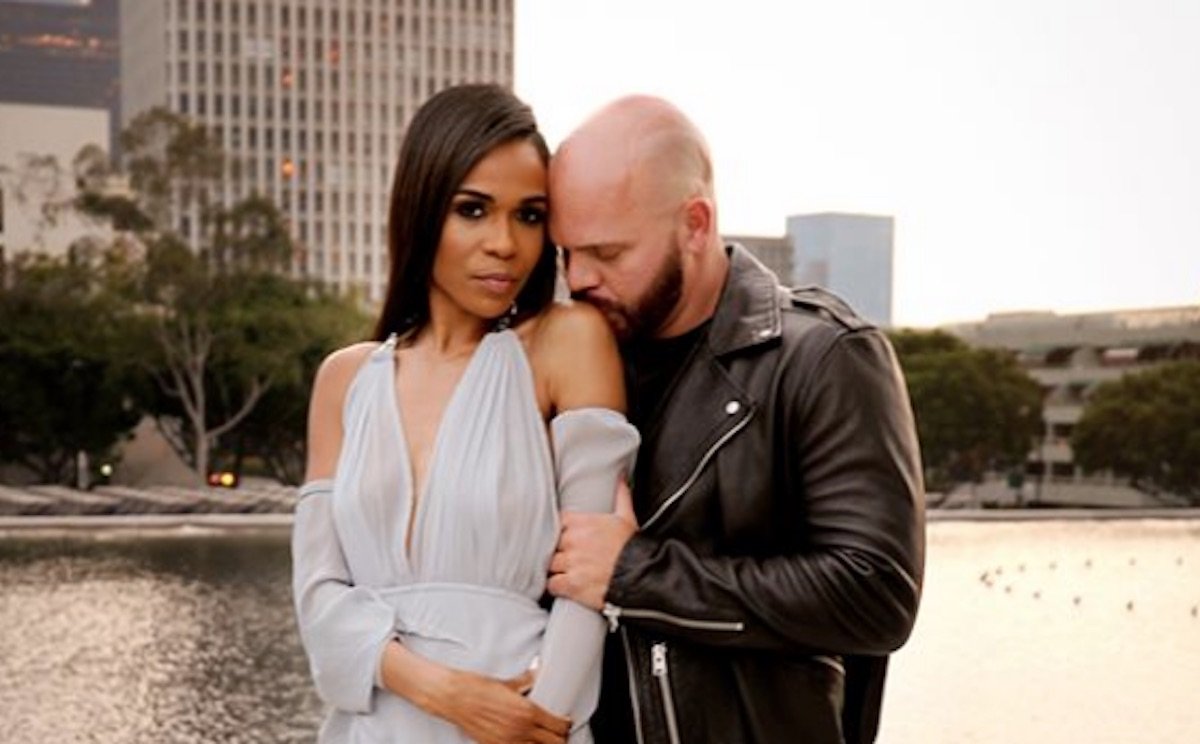 The couple films their counselling sessions and the viewers will witness their disagreement over race and how Johnson reportedly deals with it.

Williams iterates, “I said something to him on the lines of ‘Well, Chad, because you are not Black you would not understand why I communicate the way I do. Maybe because you didn’t grow up around a lot of Black people.”

Johnson obviously offended, retorts, “‘Did you take your meds today?” as reported by Atlanta Black Star.

Johnson retaliated by highlighting Williams’ battle with depression one she’s been quite vocal about in hopes of helping others who are experiencing similar problems.

Race relations is an unavoidable topic because of its prevalence in American society. Anger doesn’t negate the fact that blacks have their distinct experience; many negative in the United States. The racism and discrimination being fueled by the current administration leading the presidency only make matters worse.

Like wtf – should we send him the memo that their kids will be half Black?

I’m ready for us to talk about the importance of not worshipping white men as our potential partners. And realizing that we can’t settle for this bullshit in order to have a white guy who “loves” us

I don’t know why she, or rather, they both can’t see the big red flags! It’s so obvious. Marriage for them would be a big disappointment and disaster. It’s like oil and water. Just not mixing.

They need to quit while they’re ahead man. She’s happy she got a dude that wanted to commit without pursuing anything physical. But I hope she sees everything else beyond that and can live with what she’s seeing.

Honestly, I just hope she gets out of there alive. 50-75% of women, while leaving an abusive relationship, are killed by their abusers. I do not see this ending well. A person that close to her, knows her habits, people she knows, relatives & go-to spots.

In a marriage, well any relationship really, it’s important to understand where your partner is coming from. If he doesn’t get how race affects her, and if they stay together and have a family it affects his children as well, he’s not the one. And then throwing her mental health pic.twitter.com/T1EseUl6TZ

This marriage hasn’t even started yet and it already looks forced. pic.twitter.com/Kv6pW1TPjG

I can’t point out that we had different upbringings bc of race, but you can ask me about my mental health from a place of anger? Sure pic.twitter.com/oR8Lj1Zulg

First mistake was putting yourself on TV like it was all GOOD before hashing out race and mental health issues. Its toxic clearly. But now the world is watching. That can’t help her mental health at all. Run like a track star gurll.