Mimi Mbah, an aspiring Cameroonian model has become an Internet sensation for coming up with the perfect reply to an Internet troll who had an offensive opinion about her skin color.

Pictures of 19-year-old Mbah, an ebony model, were recently shared on Twitter account @AFRICANS, which is dedicated to celebrating the beauty and diversity of the African continent.

In Mbah’s photos, viewers can see her looking gorgeous while rocking an Afro and posing in various places, including the beach and on a balcony overlooking the sea, while on vacation in Cameroon.

As expected, the photos generated an array of responses and comments online, with many admiring her beauty and others being deliberately offensive.

One troll wrote,”If she was lighter, she’d be fire.”

Mbah, a law student at the Montgomery College Maryland in the United States promptly slammed the troll with the following response:

No thanks
I wouldn’t trade my skin color for the world ! Still ? tho ? pic.twitter.com/85aUYD6oJ7

Mbah’s clever clap back quickly went viral and has been retweeted more than 50,000 times, with many Twitter users hailing her measured and intelligent response to what was clearly unrestrained and aggressive racism. 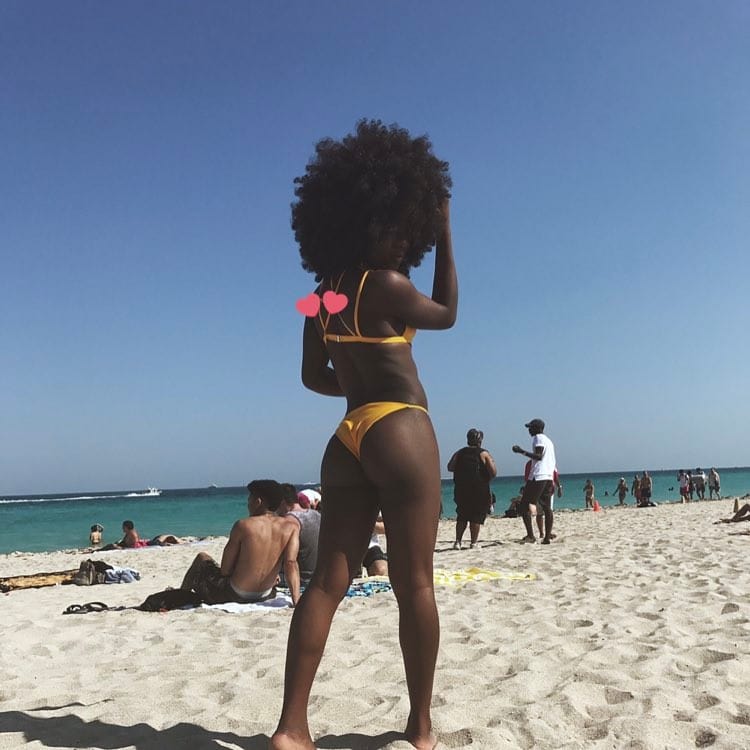 In an interview with Metro UK, Mbah said she chose to reply to the troll to show how much racism still exists, especially on the Internet,“When I first saw the tweet, I was disappointed. I have heard it before when I was younger, but I didn’t think people still think that way at this age.

“I’ve not always been confident with myself, but the older I grew, the more I learned to love myself and stand up for myself.

“I’m glad my tweet got the attention it did because now I have a lot of dark skin girls in my DMs and mentions telling me how much inspiration that comment was to them.

“It’s just nice to know that my confidence could help others. I want to tell all my dark skin women to stay positive and love themselves.

“Dark skin is not a crime and they are beautiful the way they are.”