Described as one of the world’s deadliest mass killings in history, the 1994 Rwandan genocide left deep scars that are yet to fully heal more than two decades after it happened. Throughout the fighting, which lasted for three months, many children lost their parents and siblings.

In fact, some families were completely wiped out by the tribal violence. Many of the orphans were taken abroad, mainly Europe, for adoption.

But in the rush to get the traumatized children away from the conflict, some, who had been separated from their kin, were mistakenly registered as orphans and consequently given up for adoption.

One of such victims, Nyirambabazi Beata, was reunited with her father in October after living in Italy for 23 years. The story of Beata, who is now known as Jeanette Chiapello, is both shocking and inspiring.

Beata was only 2 years old when the deadly ethnic violence broke out in Rwanda. Her mother and two siblings, whom she was travelling with, were killed by rebels, leaving her trapped in a pile of dead bodies. She was later rescued by villagers, who took her to a nearby orphanage.

All this while, her father was hiding in a different location with their other three children. He later found her at the orphanage, but under the circumstances, he saw it wise to leave her there until the conflict was over. 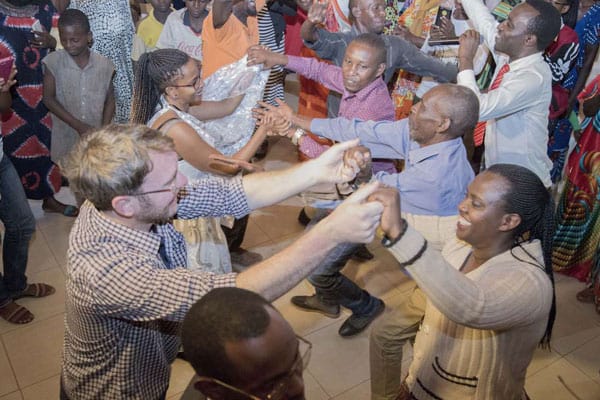 Unfortunately, Beata was mistakenly taken to Italy together with other Rwandan orphans for adoption. It was not until a decade ago that one of Beata’s biological brothers started looking for her, according to the BBC.

Luckily, he managed to trace her to Italy, but she was a little hesitant to accept his proposal to return to Rwanda for a family reunion. The back and forth between the two went on for many years until she final accepted the invitation earlier this year.

In October, Beata travelled to Rwanda with her Italian husband to meet the family and was welcomed by friends and relatives with a colorful traditional ceremony held at Nyamata Hall, southeastern Rwanda. Her story paints a real picture of the prolonged aftermath of the massacre that left the entire world in shock.

The genocide, which was perpetrated by Hutus, the majority ethnic group in Rwanda, against the minority and moderate Hutus, left close to one million people dead and millions of others displaced.