On Friday, the Albinism Society of Kenya (ASK) crowned the first Mr. and Miss Albinism at a beauty pageant that was held in Kenya’s capital, Nairobi.

The beauty contest involving people living with albinism is the first-ever pageant to be held in Kenya since the albinism society was established in the country 10 years ago.

According to ASK, the event was organized to celebrate the society’s one decade of existence, demystify albinism, and end the stigma that’s still associated with the skin condition.

“People do not think that persons living with albinism are beautiful, so such women even struggle to get married. We want to redefine our narrative and show that we have something to offer the society,” ASK founder and nominated Member of Parliament Isaac Mwaura said at the event.

Mr. Jairus On’getta and Ms. Loise Lihanda emerged as winners among the 20 contestants drawn from the 47 counties, according to CNN. 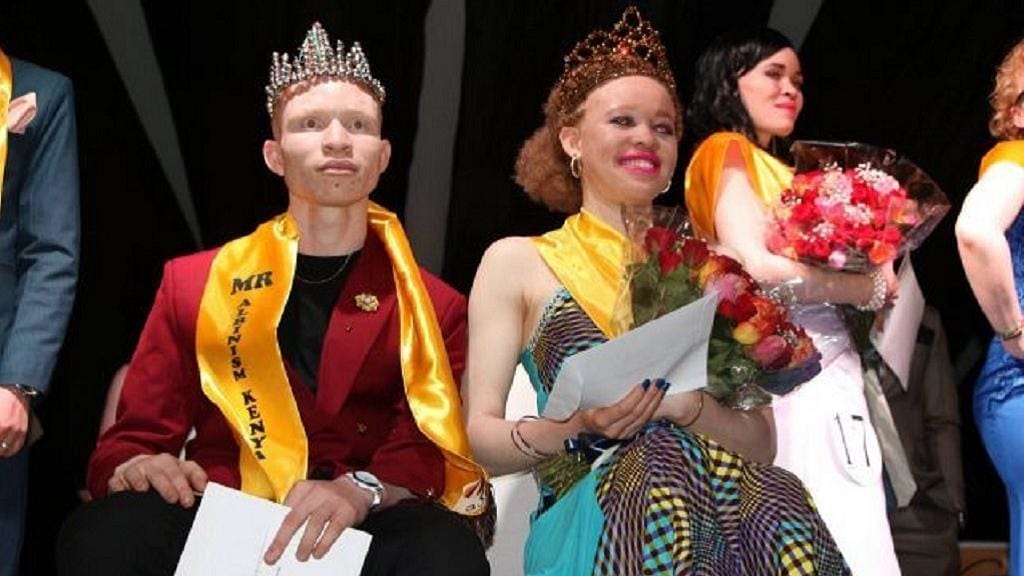 Friday’s beauty pageant was part of a larger campaign dubbed “Beauty Beyond the Skin,” which ASK hopes will help redefine how people with albinism are viewed in society.

The participants were given a rare opportunity to showcase their raw beauty and exceptional talents, with the Kenyan Deputy President William Ruto, a guest at the event, announcing that the government will be setting aside funds to cater to the education of children living with albinism.

Ruto also promised that the government is going to make it mandatory for employers to reserve 5 percent of their jobs for albinos and people with other forms of disabilities.

Just like many other African countries, albinos in Kenya continue to be subjected to numerous forms of discrimination and abuse.

Human rights groups have continuously warned of the rising number of attacks on people with albinism by human traffickers who allegedly sell albino body parts to witch doctors and traditional healers in neighboring Tanzania.

Witch doctors reportedly use albino body parts for their magical charms and potions that some locals regressively believe can bring luck and prosperity. This has consequently led to a dramatic increase in albino attacks and killings in East Africa.

People living with albinism, especially children, are usually exposed to sexual abuse as some communities believe that having sex with an albino helps to cure sexually transmitted diseases, such as HIV/AIDS.

In other communities, children born with albinism are either murdered or offered as “sacrifice” to “gods” since they are seen as a curse.