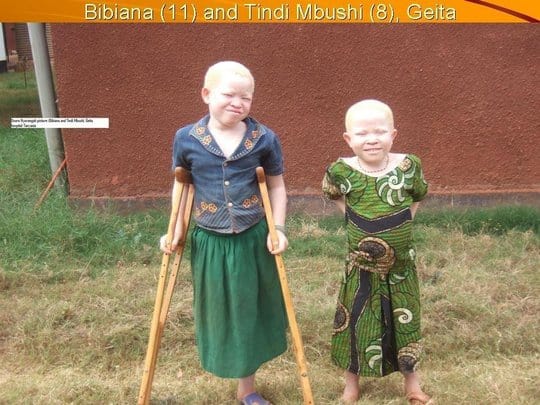 Bibiana lost one of her legs from a gang of people hunting them for their body parts in Mwanza region, near lake Victoria district of Geita, N.W Tanzania

In Tanzanian President Jakaya Kikwete‘s (pictured below) March address, he spoke out vehemently against the ongoing killings of albinos in his country, declaring that “close cooperation” would bring an end to their targeting, according to the BBC.

Last month, Face2Face Africa reported on the abduction and murder of 1-year-old Yohana

Bahati, who was albino, was reportedly snatched from his mother’s residence on Sunday.

This week, officials found Bahati’s mutilated body just a few miles from his home in the north.

All of his limbs were hacked off with a machete.

But it was the kidnapping of 4-year-old Pendo Emmanuelle Nundi (pictured below) in late December that prompted officials to institute a ban on witchdoctors who are reportedly willing to pay up to $75,000 for albino body parts. 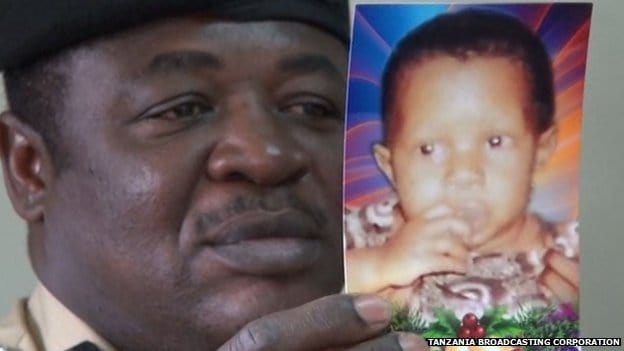 At press time, Pendo is yet to be found, and authorities suspect she has already been murdered.

Consequently, Home Affairs Minister Mathias Chikawe said the country would pull together to “arrest them and take [witchdoctors] to court” if they continued their activities.

According to Chikawe, the ban will be implemented in two weeks in the northern areas Mwanza, Geita, Simiyu, Tabora, and Shinyanga. The institution of the ban will be a combined effort of the police and the Tanzanian Albinism Society (TAS).

In the past three years, 70 albinos have been killed but only 10 murderers have been brought to justice.

And the ruthless killings of albinos have tainted the nation at a time when Tanzania has been lauded for its aggressive economic growth, increased tourism, and healthy democracy.

The unflattering headlines clearly informed part of President Kikwete’s decision to focus his monthly address on the alarming issue.

Of his personal feelings about the albino killings, President Kikwete said, “I’m shocked and saddened at the sudden upsurge in these macabre killings.”

The President then went on to dispel the misinformation about albinos.

“It is a false belief that if someone has the body part of a person with albinism, this will bring success in business, fishing and mining activities. This is what has been fueling this ongoing evil.”

Finally, speaking to the increasingly negative perception of his country, President Kikwete said, “I believe with the close co-operation between the government and society, we will succeed in ending these killings of persons with albinism and rid our nation of this shame.”

Learn more about the albino situation in Tanzania, where one laments, “We’re being killed like animals” here: