The remains of a Ghanaian woman and her three kids — all of whom died in a tragic house fire in Finland — were finally laid to rest Saturday.

Nana Ago Prah, 40, and her three children, aged between 7 and 3, died in the early hours of Friday, December 9, 2016, when their home in Helsinki, Finland, was razed down by a fire.

Authorities believe the fire started from a sauna in their sixth floor apartment. A neighbor, who first noticed the fire around 3 a.m., raised the alarm and alerted the authorities who responded quickly.

According to Yle, rescue services arrived at the scene of the fire, about 11 minutes after they received the call, and were successful at putting out the fire. However, Nana and her three children sadly did not make it out of the inferno alive, and all efforts to resuscitate them were unsuccessful.

It is believed that they died of suffocation; Finish authorities are investigating the incident. 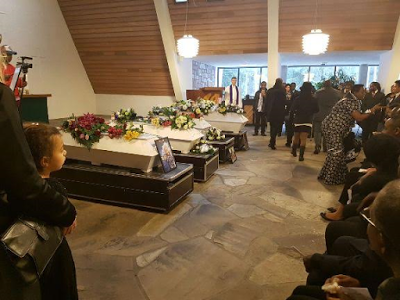 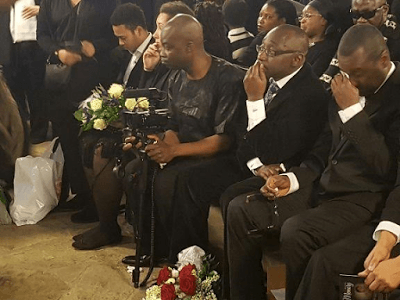 John Kwame Atta Owusu, husband and Father to the victims, was away at work when the tragic incident occurred. Owusu, who is a member of the board of the Ghana Union Finland, said he went dumb for hours on hearing about the tragic incident.

“I was at work at dawn and my immediate boss I report to came with a smiling face and asked me to come with him for a conversation. I didn’t know exactly what he wanted to talk about, but I followed him all the same, but to my surprise, we went to a different room. 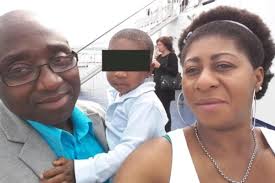 “Upon reaching the room, I saw two police officers who asked me to sit and immediately started asking me questions related to my residential address, which they asked me to confirm if it was correct. They then told me that my wife and children had all been burnt to death in a fire outbreak, and after hearing that, I wasn’t able to speak for the next three hours,” Owusu said.