In a statement issued by the U.S. Embassy in Zimbabwe Monday, Trump’s administration took an issue with the increasing cases of human rights abuse in the country and called on Zimbabwean leaders to either reform or leave office.

“The United States is extremely concerned by the continuing deterioration of the human rights situation in Zimbabwe as evidenced by the unwarranted arrest and continued detention of Pastor Evan Mawarire and the incarceration of Pastor Philip Patrick Mugadza,” reads the statement. 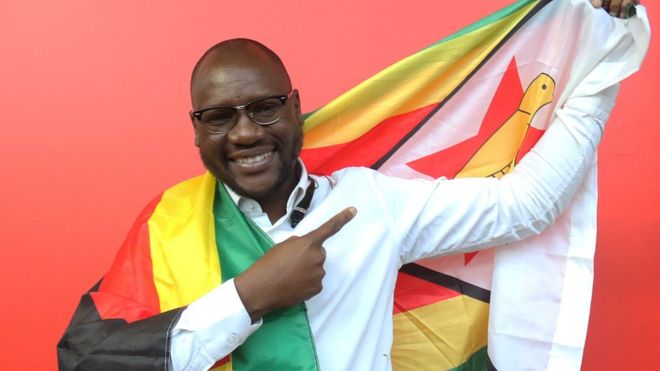 Mwarire has been charged with subversion, an allegation which carries a maximum 20-year sentence.
Photo credit: BBC

Since July 2016, a segment of Zimbabweans have been staging anti-Mugabe protests, calling on the 92-year-old President to resign.

These protests are part of the popular #ThisFlag movement pioneered by the besieged Pastor Mawarire whose video criticism of President Robert Mugabe went viral and spurred street protests against Mugabe’s administration.

Protesters are accusing President Mugabe of destroying the country’s economy with his Machiavellian system of governance and runaway corruption.

The veteran head of state, however, has vowed “to crash” those calling for his retirement and has even declared his intention to run for another term in the coming general elections.

Currently, Zimbabwe is experiencing the worst economic crisis, with an unprecedented cash shortage that has seen important institutions, including banks, collapse. 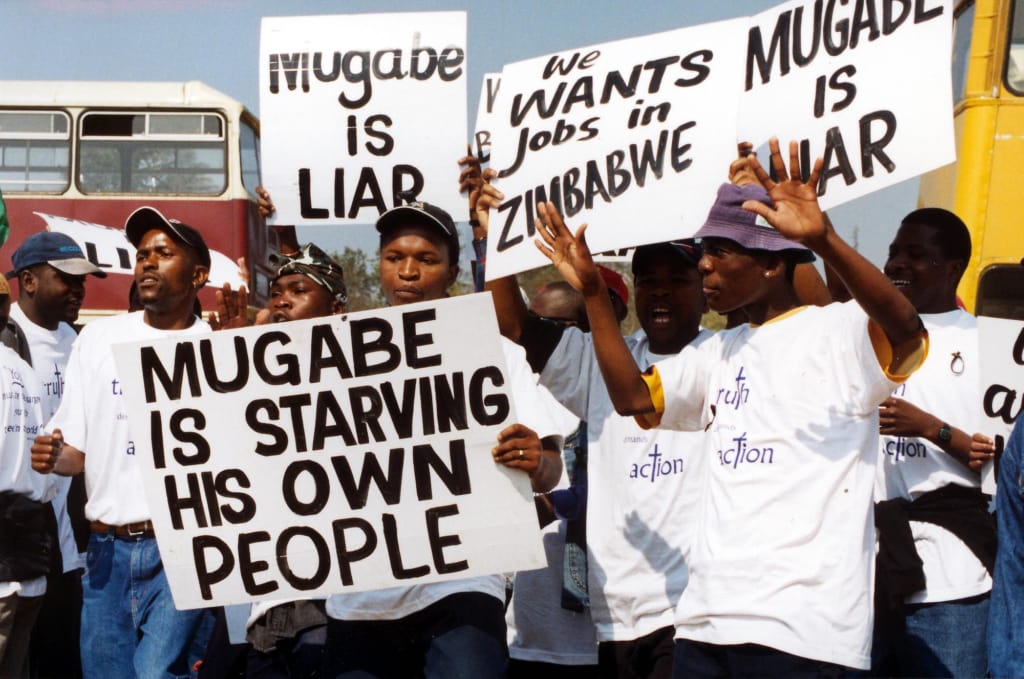 In its statement, the United States noted that the arrests point to an attempt by the Zimbabwean government to deny Zimbabweans their constitutional right to express themselves freely and assemble peacefully.

These rights are well-protected under Zimbabwe’s international human rights obligations and are core values of any functioning democracy, according to the U.S. government.

Indeed, there has been widespread claims of increasing systematic violations of human rights in Zimbabwe for decades, especially under President Mugabe who has ruled the country for more than 36 years.

“We believe that the basic right of Zimbabweans to freedom of speech – be it in public, through print media, or social media – should be protected within and outside Zimbabwe’s borders,” the statement says.

Human rights organizations, such as Amnesty International and Human Rights Watch, have also criticized President Mugabe for denying Zimbabweans’ basic human rights, such as shelter, food, freedom of movement and residence, freedom of assembly, and the rule of law.

Mugabe’s administration has also had serious problems with the media, the political opposition, the civil society, and human rights defenders, often times sending the police to disrupt opposition rallies and arrest opposition leaders and their supporters.