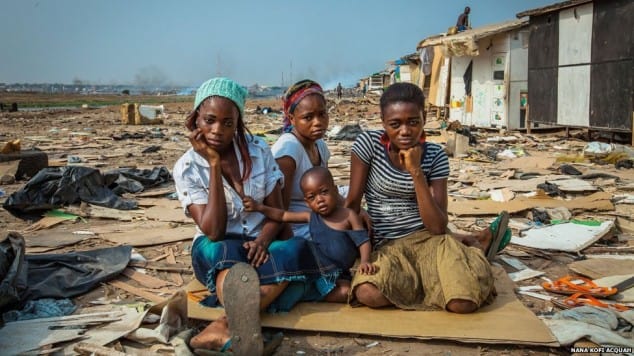 Old Fadama, also known as Sodom and Gomorrah, is a slum in Ghana’s capital, Accra. These young migrant workers had saved some money to build a plywood and aluminium home, which was demolished by the government. “I’m sure that they built it again. They never give up,” the photographer said.

Nana Kofi Acquah (pictured below) had an award-winning career in advertising before deciding to take up photography full-time. The following photos showcase his commitment to women whom he enjoys displaying “at their most accomplished and at their most vulnerable.”

Speaking on why he identifies as a feminist, Acquah, who is also a poet and blogger, explains 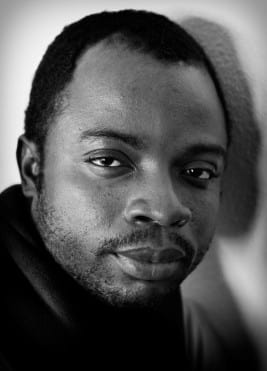 that it is both his background and close relationships to the women in his family that make women’s issues a topic dear to his heart.

“I come from a matriarchal society. Women in my part of the world are very strong. They make the key decisions. We say that a child gets the soul of their father, but they belong to the mother.

“The love of my grandmother, the lessons she taught me – and for my mother – made me consider myself as a feminist and put myself in a position to strongly push women’s issues, any time I can,” Acquah says.

Acquah is passionate about the world of photography in Africa, shooting his subjects in Cameroon, Uganda, Nigeria, Mali, Senegal, Cote D’Ivoire, Angola, Ghana, and Liberia.

About his work, he says, “I grew up on stories. Now, I am a storyteller who uses the camera as his favourite medium. After five years in the world of advertising and winning awards every single year, I hanged my boots as the Executive Creative Director of TBWA\Ghana and decided to pursue photography full time.”

See his work on women here: