Naomi Wachira took to singing at the tender age of 5. Being a child of a preacher and having the privilege to sing in the choir, the church was the first place she took center stage. Years later, she came to find out that she could not only sing but write songs too.

Her ability to craft and compose tunes and rhythms would eventually improve after she learned to play the guitar. But making a career out of music was never a part of her plan. After all, she had not left her home country, Kenya, to pursue higher education in America in vain and she did not want to disappoint her parents who wanted nothing but a secure and stable life for her.

With an undergraduate degree in Communications and a postgraduate degree in Theology, Wachira became one of many artistic/creative individuals who failed to convince herself to not pursue a career in the performing arts due to fear of the unknown.

Soon she gathered the courage to quit her familiar, well-paying, yet unexciting job and do what she loved most: create thought-provoking and emotional music centered on societal issues.

In a recent interview with Face2Face Africa, Wachira discussed political music, mental health, and the her latest studio album, “Song of Lament.”

Face2Face Africa: At what point did you realize that the career path you had chosen was not what you wanted to do for the rest of your life? What was your turning point?

Naomi Wachira: The first time I started feeling the itch was after my daughter was born. I was working a good job that paid well and was working to make the world a better place for children, but I remember feeling like my soul was withering every day I went to work.

I was really good at what I did, but I wasn’t happy. It also occurred to me that being responsible for another human being meant that I needed to be happy and fully at peace with myself in order to pass that same energy to my daughter. That became the turning point for me, and [I] started working toward finally embracing what my calling in life was.

F2FA: You have quite a unique style and sound. I do not think the music you create can easily be categorized into one specific genre, so has this proven to be a challenge at any point of your career?

NW: I don’t think it has been a challenge. At first I thought it was because I knew it was so different, but that was from my self-limiting beliefs that came from this place that I needed to sound like other artists if I was going to succeed.  Then I remembered what Tracy Chapman did in the late-’80s, when she came with such a unique sound, and that gave me the courage to do the same. 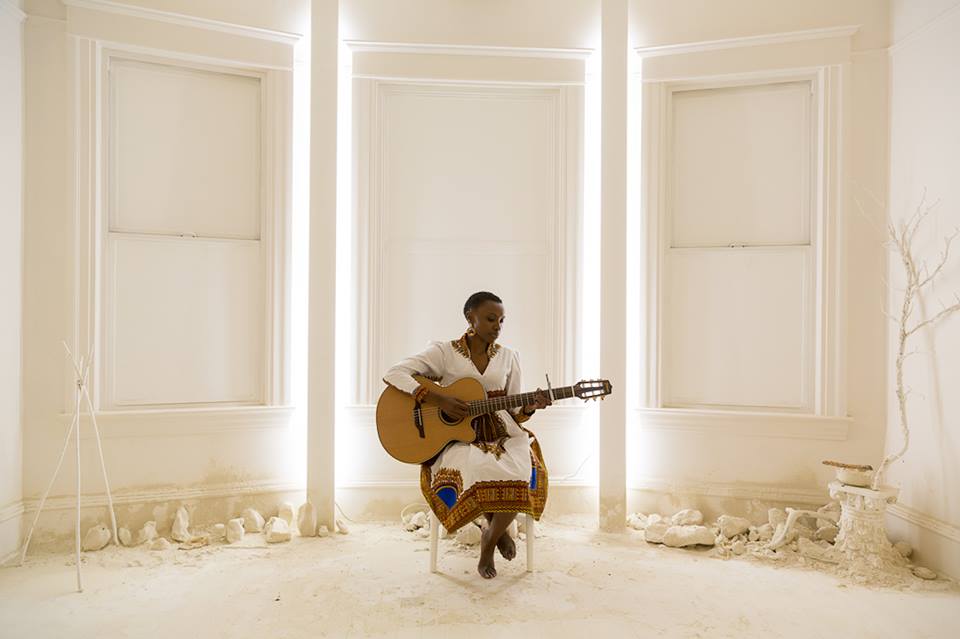 F2FA: Just like Tracy Chapman, you are never spotted on stage without a guitar in hand, so when did you take to playing it?

NW: I started playing when I was 27. I had been listening to the artist Patty Griffin and really loved her simple style of guitar chords, so I went and bought my first guitar and started teaching myself how to play. I also had some friends help me learn some chords, and then I started writing more, which strengthened my playing.

F2FA: What is your creative process? How do you go about writing your songs?

NW: I tend to write only when inspiration hits. For the most part, I feel like I just spend a lot of time absorbing and immersing myself in everything that’s happening around me for quite some time, and then when the time is right, these songs start flowing.

For a while I tried to do what most of my friends do, which is to write every day, and not only did I write terrible songs, but it always felt like I was trying to fit a circle in a square, so I let that idea go. I settled to my truth that this is a gift and when the songs are ready to flow, they will come. I just have to make sure I’m always ready and available to write them.

F2FA: Miriam Makeba, who was vocal when it came to social and political matters, is another huge influence of yours. In an interview with the Guardian, she said the following:

F2FA: Is this the case for you? Do you simply create music from a place of being aware of the social and political climate around you or do you write from a place of wanting to share your personal experiences?

NW: I’m completely the same way as Miriam Makeba was. I’m not huge on politics and rarely follow them. I just write what I’m observing and stirs my soul or where I feel as a human race we could do better or even how we can honor our lives by living authentically. I write from a place of personal experience. 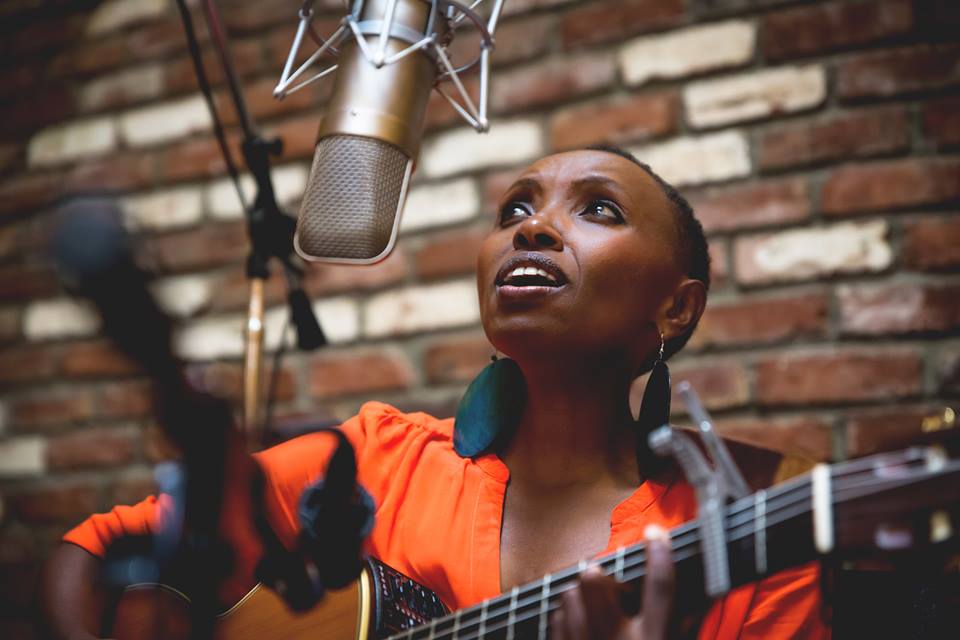 F2FA: You are also quite transparent about your mental health. You have previously opened up about suffering from depression, which resulted in a lot of songwriting. Has music always come through for you and served as a kind of catharsis?

NW: Absolutely! To me, music is like a great energy cleanser.  Every time I sing, whether at home or on a stage, I feel like I get to cleanse any bad energy that might be clinging to me. It then allows me to look at things with new eyes or new perspective and feel a lot lighter and ready for whatever I need to face in my life.

F2FA: Among all your songs, “African Girl”  is not only a fan favorite, but it is also one your favorites. Why?

NW: Because this song is the foundation of who I am today and who I hope to be in the future. It’s the song where I finally started to understand why I am here, where I’ve come —  physically, emotionally and spiritually — and where I want to go.  It’s the song that helped me fully own my story and be proud of who I am. 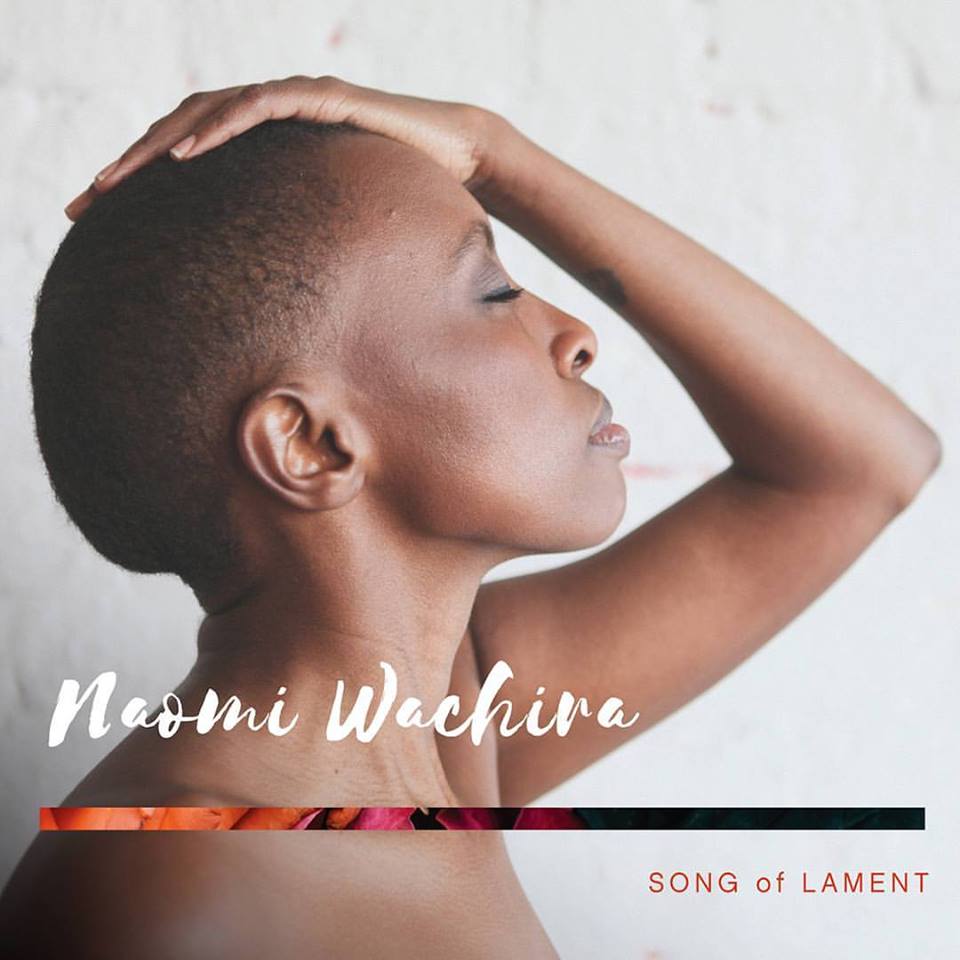 F2FA: “Song of Lament,“ your newest studio album, is set to release in June.  Tell us what sets it apart from your other albums, and what do you hope listeners will take from it?

NW: For starters, this is the first thematic full-length album I’ve done. It is also an album that fits so much of what the world is going through right now. Even though I wrote it two years ago, it feels so relevant to our world right now.

It’s also the first album I feel like I really made it exactly the way I wanted to make [it]. I worked with a great producer who didn’t try to change my vision.  The hope that I feel so strongly for this album is that it [will] create an expansive, breathable space for the listener to feel safe, inspired, and empowered to be who/what they need to be in this life.

F2FA: Ultimately, you are a Kenyan-American woman, and in terms of your identity as an artist, did you ever struggle to reconcile the fact that you are an African woman living in the diaspora? And have you ever been plagued with the fear that your music is not Kenyan enough, neither is it American enough?

NW: I struggled with this for quite some time when I first started performing. I was always afraid that my American audience would think that my music was too African, and my Kenyan fans would think I was too American.

I remember the first time I played in Kenya I was so worried that no one would like me because I didn’t fit the norm of most Kenyan artists.  I think at the end of the day, I had to make peace with the reality that what makes music great is not so much the genre, but the fact that you can connect with people at a core level and tell stories that people can connect with.

F2FA: In every essence you are what I consider an Afro-creative who is creating music that is making waves worldwide, so what is the one myth or stereotype you hope to dispel about Africa through your music?

NW: That somehow we’re different from other people living on this planet. When I tell stories about my music, it’s always about finding this invisible thread that connects all of us, regardless of the physical location you come from or what you might look like on the outside. The core of all of us is the same: we’re all looking for love, happiness, and to feel like we have purpose for being here.

To find out more about Naomi Wachira and her latest album, “Song of Lament,” visit her website.