Black women are what fetishes are made of. Often revered for their beauty, strength and attributes.

Yet, black women are hated for these same things. As the saying goes ‘it’s cool to be black until it’s time to be black.’

We’ve all heard of the countless reports of white women tanning their skin to appear more ‘exotic,’ using fillers and injections to make their lips appear fuller and adding extensions to their hair so it can be fuller.

Well, apparently there are levels to this as a new trend is now rearing its head on social media.

White cosmetic brand influencers and make-up YouTubers are using makeup to appear black on their Instagram photos and the tactic is not sitting well with black social media influencers.

It’s been dubbed as ni***rfishing and not only is it insulting, it is lowering the brand and compromising the income of actual black models and those who advertise for cosmetic companies, as explained by Blavity.

One excellent example is Emma Hallberg.  Hallberg had many fooled as she posed as light skin African-American for her to only be outed as a Swedish model.

Hallberg cites ‘a natural tone’ as the cause of her dark skin.

Wait, there is more.

Can we start a thread and post all of the white girls cosplaying as black women on Instagram? Let’s air them out because this is ALARMING.

One popular brand ambassador and YouTube personality named Jackie Aina, known as La Bronze James on Twitter voiced her opinion with an image she posted on social media.

photos of an actual black person in case anyone needed a refresher ? pic.twitter.com/zv2an15vuz

Some have no qualms about wanting to be black, such is the case with Martina Big,  a German-born woman who now self-identifies as a “Black German.” 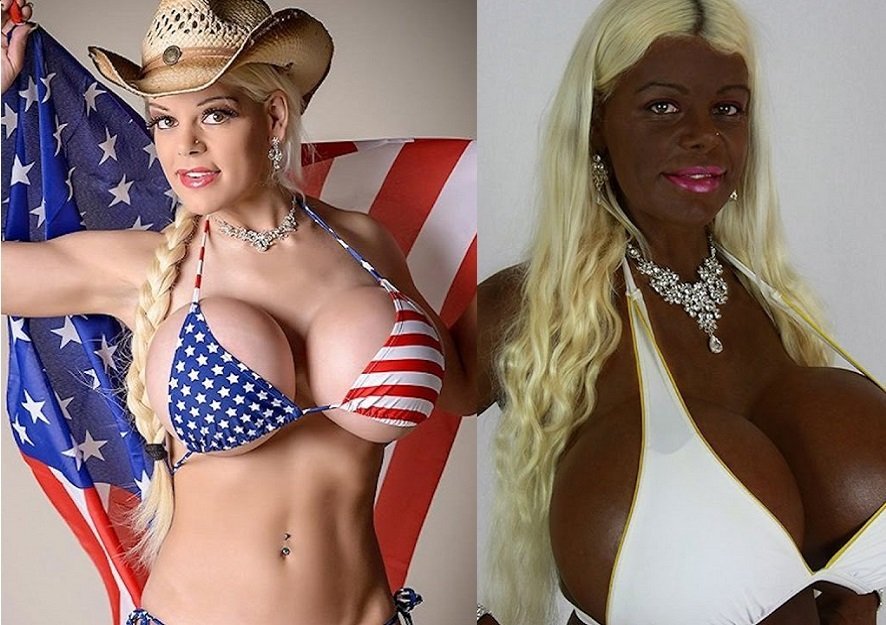 Beginning her transformation in 2012, Big has had her legs, waist, and hips narrowed, several breast augmentations, lip injections and then a procedure that has caused her skin to darken over time.  In 2017, Big officially changed her race with the German government to Black.

So what do you think of this new “trend?” Is it too much fuss over nothing or a problem that needs to be addressed?