Korogocho is one of the many informal settlements in Nairobi that is home to about 200,000 people who are living in tight conditions.

Known as one of the most dangerous slums in Nairobi, the area comes with lots of gangs and crime, addiction and other mental illnesses, thus making it difficult for most people to live in, particularly for an elderly woman.

Some years ago, these elderly women living in Korogocho were victims of sexual assault, rape, and murder. They would be attacked at night, no thanks to the belief that “grandmothers” were vulnerable and easy targets as well as less likely to be HIV positive.

A group of elderly women who had had enough decided to fight back against these men who were sexually assaulting them. 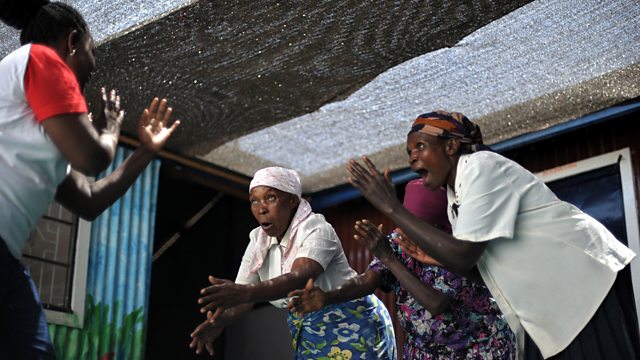 They have since created a group called the “Kickboxing Grannies of Korogocho,” or the “Karate Grannies” where they learn how to box, how to scream for help to attract neighbours to their rescue and how to assess dangerous situations.

They have also taught their community how to help during these attacks, empowering themselves and their neighbours.

A 74-year-old Beatrice Nyariara is one of the grandmothers leading this “karate” training.

“It is very unsafe because before we started this group of old women like me, a lot of old women used to be raped by young men. They take drugs, alcohol and when it enters their head, they can’t differentiate between their elders and young girls,” she told ABC News.

“We found someone to train us. We started doing karate. As we continued, young men realised we won’t be hurt and started backing.” 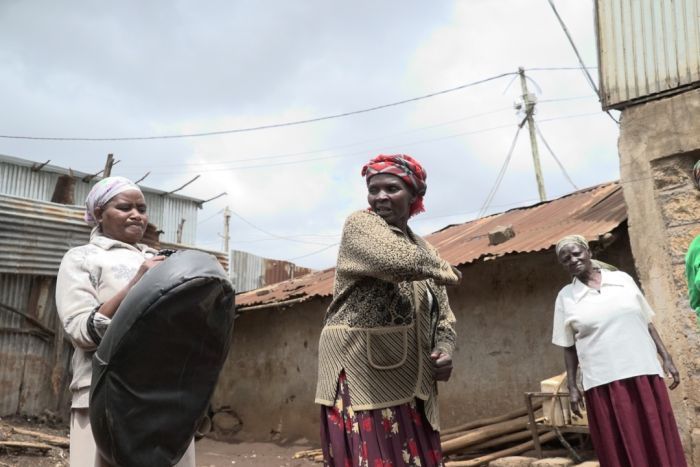 Several members of the group have either been victims of sexual assault, or they know someone who has.

Nyariara has already used her skills when a young man broke into her home one night.

Jane Waithegeni, another member of the group, was gang-raped over 10 years ago after she was abducted from a public bus.

“They removed my shirt and blindfolded me. I was taken to a second car, then to a third car. I was held for three days and raped. They gave me HIV,” Waithegeni, who has since become a physical trainer for these elderly women and a counsellor for rape victims said.

As of 2017, the self-defence training has helped to reduce the number of reported rapes in Korogocho by 15 per cent, though there is more police presence in the community than before.

Filmmaker, Brent Foster, who created a new short film about the women titled “Enough: The Empowered Women of Korogocho,” said at the time of filming, there was steadily approximately 20 women there on a regular basis.

Talking about the informal style of training these women went through, he explained that “A large part of that has been educating their community. For example, the men attacking them may be holding a weapon, so they learn what they can realistically do to protect themselves. They also learn to yell “No! No! No! I don’t want anything to do with you!” Because they live in such a tight community, as soon as they yell, someone is going to hear them. Now the community knows to respond to that.”

The women, of course, feel safer now but that does not mean that they are naïve to think everything is over, as there are still attacks on older women even though the numbers are dropping, he told National Geographic.