The Nigerian government has conceded that nearly half of the food aid meant for victims of the Boko Haram insurgency in northeastern Nigeria has been stolen.

A recent statement from the office of Nigerian Acting President Professor Yemi Osinbajo acknowledged that there had been a “diversion of relief materials” meant for internally displaced people who have fled the Islamist insurgency in the country’s north east.

The statement further adds that aid diversion was a reoccurring problem in the delivery of food, according to the BBC.

Aid officials say the eight-year insurgency that has rocked northeastern Nigeria has left more than 8.5 million in the region in need of life-saving aid.

While the Nigerian government has recorded significant gains in its renewed military offensive against the insurgents, the carnage and instability unleashed by the nearly decade-long insurgency has seen farming and other agricultural activities completely abandoned in the region. 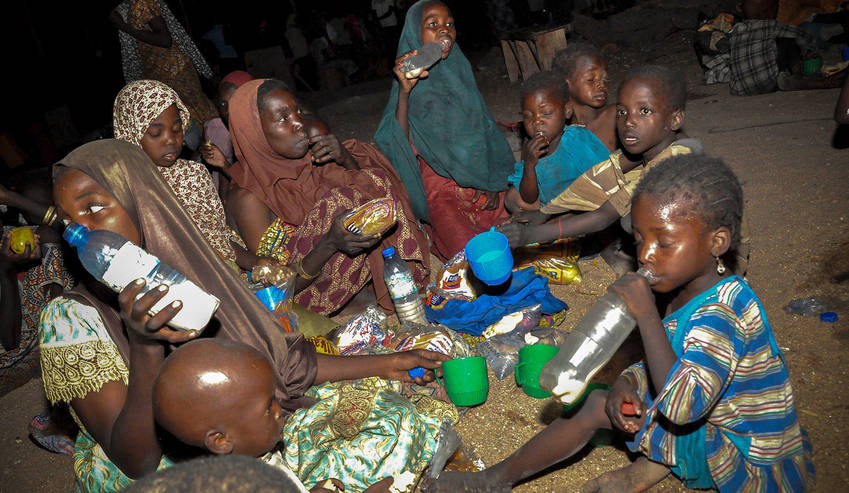 A United Nations report said in March that there was the imminent risk of famine in the region, with millions of people in need of urgent humanitarian assistance.

The statement from the acting president says additional security measures have been put in place to protect future deliveries, citing reports that more than 50 lorries out of every 100 sent to the northeast never reach their destination.

Osinbajo said the latest consignment of aid, which is making its way to the northeast, is being protected by more than 1,000 soldiers.

Yet, only last week, Nigerian authorities had to issue a formal apology to the government of Saudi Arabia, after 200 tons’ worth of dates the kingdom sent as a Ramadan gift for distribution in mosques and to persons displaced by the Boko Haram insurgency were found on sale in local markets.

Nigeria’s foreign ministry said an investigation is underway; however, no arrests have been announced.

In May, two Nigerian officials were handed prison sentences for selling food aid.